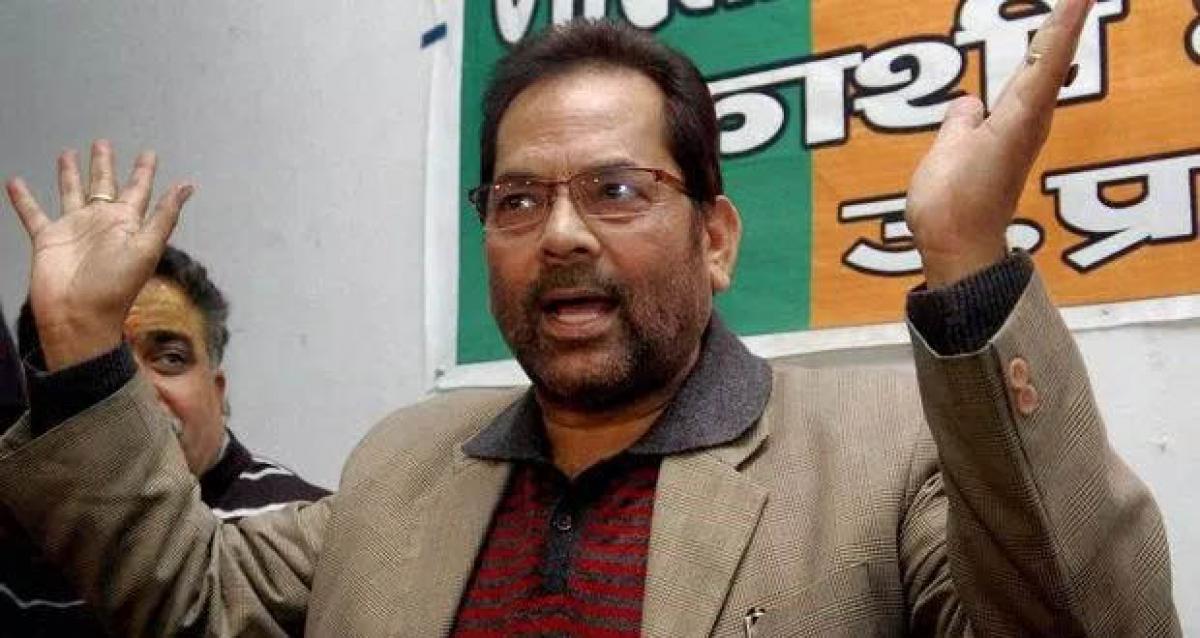 Attempting to downplay the ongoing verbal war of words over the National Herald case, the Bharatiya Janata Party (BJP) on Wednesday accused the Congress of taking revenge of the mandate given by the nation to Prime Minister Narendra Modi-led government.

Attempting to downplay the ongoing verbal war of words over the National Herald case, the Bharatiya Janata Party (BJP) on Wednesday accused the Congress of taking revenge of the mandate given by the nation to Prime Minister Narendra Modi-led government.

Minister of State for Minority Affairs Mukhtar Abbas Naqvi said the National Herald case issue is between BJP leader Subramanian Swamy and the Gandhis, adding that the ruling dispensation can't be held responsible for the same.
"If you have any problem with the Parliament or the government, then talk to us. Your issue is of two individuals, where do we come in the issue of two individuals. We appeal to them not to take revenge of this mandate from the people of the nation," Naqvi told ANI.
Naqvi accused the Congress of posing as a barrier in the country's development with its repeated chaos in the Parliament over this issue.
"The Congress is creating chaos in haste. The nation knows the history of their family, the geography of their party," he said.
Echoing similar sentiments, Union Parliamentary Minister M. Venkaiah Naidu said that the government had no role to play at all in the National Herald case.
"Whatever the Congress did yesterday is meaningless. I don't know whether even they know what they are doing. The government did not do anything. Is it right to raise voice against the judiciary in the Parliament?" Naidu asked.
"They have experience of running the government. If an experienced party behaves like this, then it sends a very negative message for the Congress as well as for the nation. Our government wants the progress of the nation and we are working in that direction," he added.
Meanwhile, the Rajya Sabha yet again witnessed ruckus as Congress MPs staged noisy protest over alleged politics of vengeance by the BJP-led government over the National Herald case.
Raising slogans against the ruling dispensation, the Congress leaders alleged that dictatorship on part of the government would not be accepted.
Show Full Article
Email ArticlePrint Article
More On