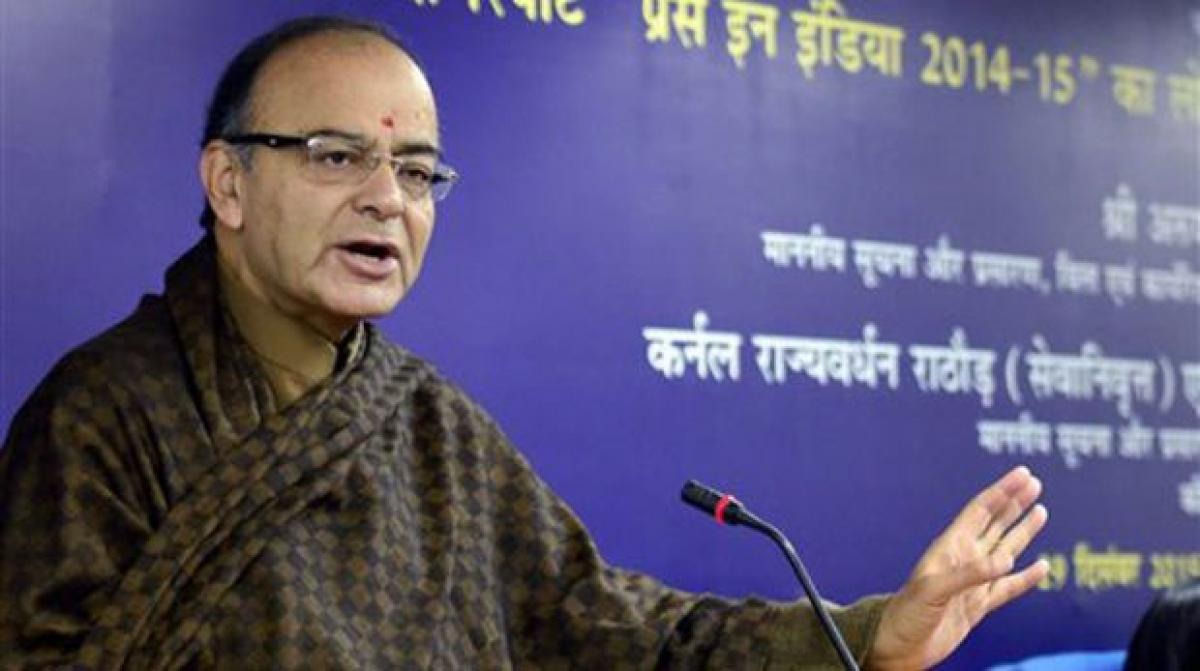 Continuing its offensive against him, AAP on Wednesday alleged that Arun Jaitley, in his capacity as President of DDCA in 2011, had \"pressurised\" the then Police Commissioner to \"close\" an investigation involving a cricket club of a private bank.

Continuing its offensive against him, AAP on Wednesday alleged that Arun Jaitley, in his capacity as President of DDCA in 2011, had "pressurised" the then Police Commissioner to "close" an investigation involving a cricket club of a private bank.

The party released two letters, purportedly written by Jaitley, to former Delhi Police Commissioner B K Gupta and then Special Commissioner Ranjit Narayan, requesting them to "fairly" deal with the matter and "close" the case since "DDCA has done no wrong".
The party also renewed its demand for Jaitley's resignation in the wake of the "fresh disclosures". The letter to Gupta is dated October 27, 2011 while the one written to Narayan is dated May 5, 2012.
Senior AAP leader Ashutosh claimed that the letters "punctured" the Union Finance Minister's repeated assertions that he was in no way connected to any wrongdoing in the Delhi and District Cricket Association, which he headed from 1999 to 2013.
Reacting to the allegations, BJP Spokesperson GVL Narsimha Rao asked as to what was wrong in Jaitley writing a letter to the police commissioner. "He was not even in power so the charge does not stick."
In the letter to Narayan, Jaitley is quoted as writing that "some persons have been repeatedly approaching Delhi Police with complaints in relation to the identity of the Syndicate Bank Cricket Club.
"The complaints are completely unsubstantiated and do not disclose any offense. Certain office bearers of DDCA are feeling harassed by repeated questioning in this regard. I would request you to look into this matter so that it can be fairly dealt with and closed since the DDCA has done no wrong."
When contacted DDCA said the club is under them and that it currently falls in the "institutional" category. "There are two types of clubs namely institutional and private. While a private club receives a subsidy, an institutional does not and that is the broad difference between the two," a DDCA official said.
The AAP said it is an irregularity as it involved the alleged conversion of an "institutional club" run by Syndicate Bank to a "private club" through "collusion" of DDCA officials with certain private individuals not connected with the entity.
"Can Jaitley deny that his actions amount to directly obstructing the police investigation in an ongoing case? On what basis did he conclude that the complaints were unsubstantiated and disclosed no offence?" Ashutosh asked.
In the letter to Gupta, Jaitley is quoted to have written that the entire controversy is based on the fact that Cricket Club of the Syndicate Bank was converted as a private club. "The fact is that on 2/11/2005 the bank itself had written to one Bhola Shankar who was managing the club that the club shall henceforth be run by him and be a private club. Subsequently the Bank changed its position and Shri Bhola Shankar also agreed to hand back the club to the bank.”
"The DDCA is willing to give the club back to be managed by the bank itself but nobody seems to be showing active interest from the bank's side. However, some persons who are not employees of the bank or in any way connected with the bank or the club have been pursuing some complaints in this matter," the letter said.
Jaitley requested Gupta to look into the issue and "ensure that the matter is dealt with fairly and closed since the DDCA has done no wrong."
AAP stressed on the fact that Jaitley held the position of the Leader of Opposition in Rajya Sabha during that period which effectively means that he "misused" a constitutional position by trying to "influence the probe".
"Given Jaitley's political clout in this Central government, is it fair for you to continue as a Central minister, particularly when the Delhi Police directly reports to the Centre?" Ashutosh asked.
Show Full Article
Email ArticlePrint Article
More On