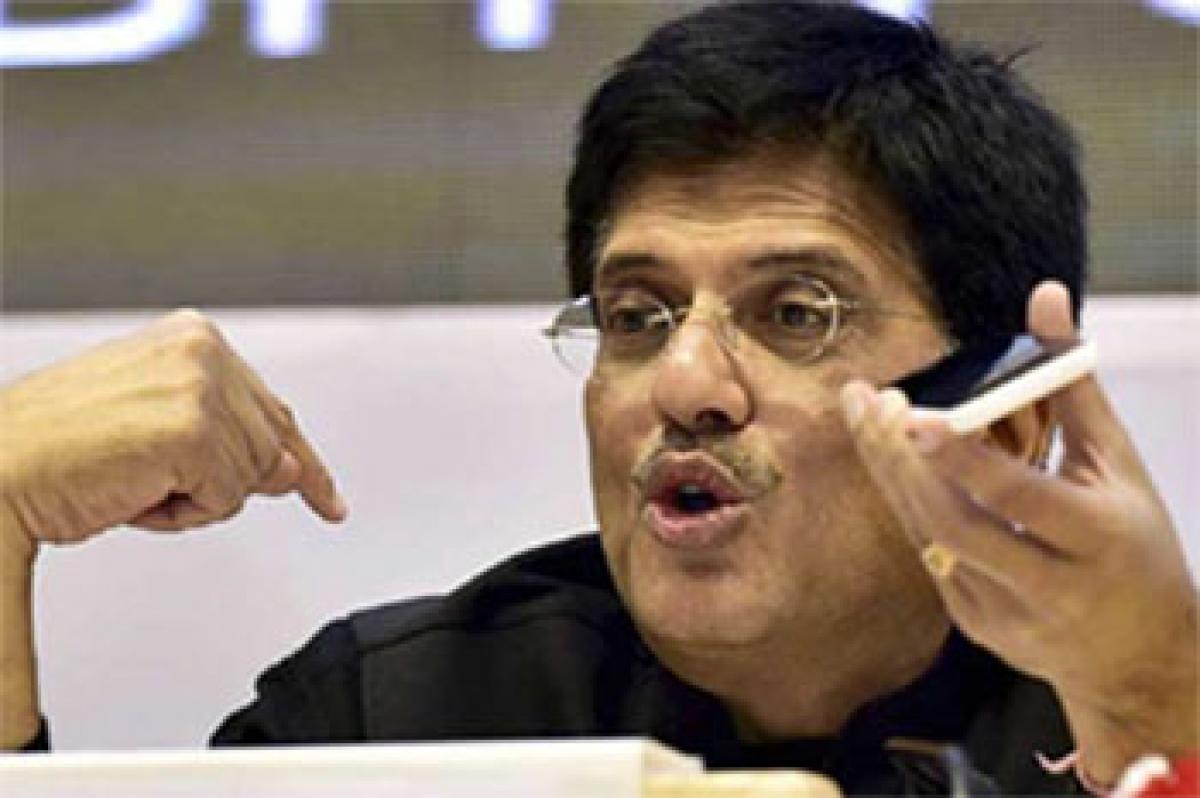 "I am committing to you publicly that Mahashtra will waive VAT, Road Tax and registration for all electric vehicles in the state," Goyal told reporters after inaugurating the bio-CNG plant at Mahindra World City near here.
Stating that the government would extend its support towards "cost effective solutions" that would make India cleaner and greener, Goyal said he had taken up the issue of waiving registration charges of electric vehicles with the union government and was hopeful of implementing it.
"I spoke to the chief minister (Devendra Fadnavis) about 15 minutes ago. I am hopeful of meeting him tomorrow to carry this programme further", he said.
"I can assure you that we will make that happen. We want to see faster roll out of electric vehicles not only (Mahindra Group's electric vehicle) Reva but all electric vehicles in the country", he said.
Asked about time frame for launching the scheme in Maharashtra, ruled by the BJP, he said, "if you look up the last 18 months on how fast the ministry (was working), you will get the answer".
"I think initially we should launch it in some cities of Maharashtra", he said.Talking about the Bio-CNG plant situated at Mahindra World City, Singaperumalkoil about 55km from here, he said, the plant would contribute to greening of India and make the country a better place to live in.
"Our government will support any initiative than can provide cost-effective solutions towards making India cleaner and greener", he said.
To a query, he said the ministry was working on providing feature in which gasoline stations also have charging points for electric vehicles.
"We are working towards building up that infrastructure. It could be a public-private partnership.", he said.On the rural electrification programme, Goyal said for the first time in the country, December 29 had "zero shortage of power" and everybody who wanted electricity had 100 per cent "availability".
"For the first time in the history of India, 100 per cent power was met and you had grid connectivity for all at one price which was as low as Rs 2.31. This is for the first time in the history of India", he said.
The bio-CNG facility has been set up to create carbon neutral ecosystem at Mahindra World City.Spread over 1,000 square metres, the facility would have the capacity to convert eight tonnes of food and kitchen waste generated daily at Mahindra World City into 1,000m3 of raw biogas.
Further the raw bio gas can be enriched to yield 400 kg per day of purified CNG grade fuel which is equivalent to a 200kW power plant, an official said.
Show Full Article
Email ArticlePrint Article
More On