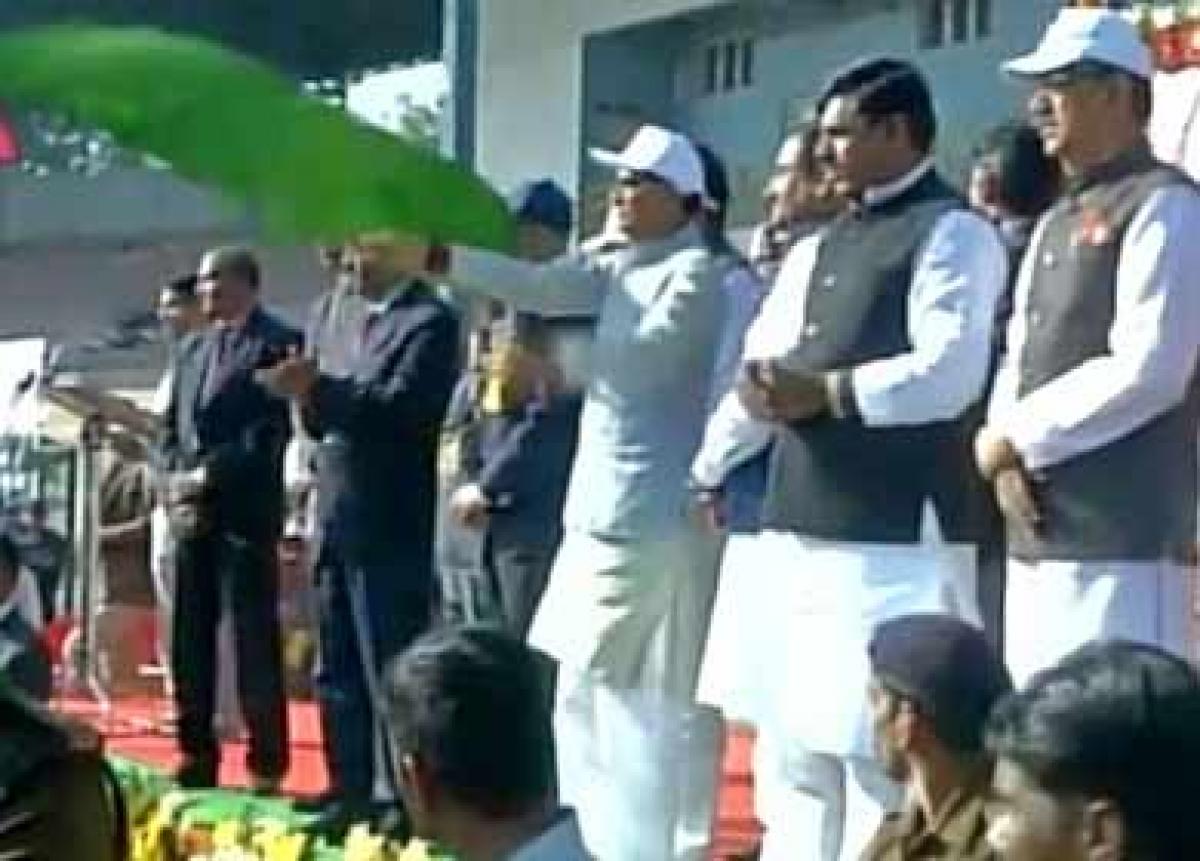 Concerned citizens and authorities on Sunday organised several programmes across India, holding marathons and public rallies, in a bid to create awareness about the rising pollution levels.

New Delhi: Concerned citizens and authorities on Sunday organised several programmes across India, holding marathons and public rallies, in a bid to create awareness about the rising pollution levels.

Singh said that his government would undertake several steps to create awareness on the issue.

"We have decided not to take any chances and take necessary steps in time. That is why today a mass rally has been organised across the state to create awareness among the people on pollution. We wish to spread awareness because if people are aware then many things will automatically be in place," he added.

The Madhya Pradesh Government had in December last year imposed a state-wide ban on polythene bags.

Meanwhile, scores of students took out a march in Chennai to raise awareness on pollution.

Tamil Nadu, with a population of nearly 70 million people, last year experienced its heaviest rainfall in a century, leading to massive flooding, causing huge damage to property and human life.

Simultaneously, Bollywood superstar Akshay Kumar flagged off a 'walk for health' marathon in Mumbai urging the people to choose health over everything else.

"I think that more such initiative should be taken where you encourage people to walk and keep walking and that's a good thing," said Kumar.

Meanwhile, several people participated in another half-marathon in Odisha in a bid to promote the culture of fitness.

"This is a marathon that Tata Steel and government of Odisha have jointly promoted. This is basically to promote a culture of fitness amongst the people. So, generally Odisha didn't have this kind of organised event till this year. So, we are doing it for the first time and gradually in the coming years it will pick up," said an organiser.

In a bid to curb pollution, the Central Government recently came up with many measures, including implementation of stricter emission norms for vehicles.

The Delhi Government has introduced an odd-even car rationing policy on a trial basis for a fortnight beginning January 1 to curb the rising levels of pollution.

Rising levels of pollution across India have set off alarm bells and the matter became a subject of major focus after World Health Organisation (WHO) last year said New Delhi had the worst air quality in the world.