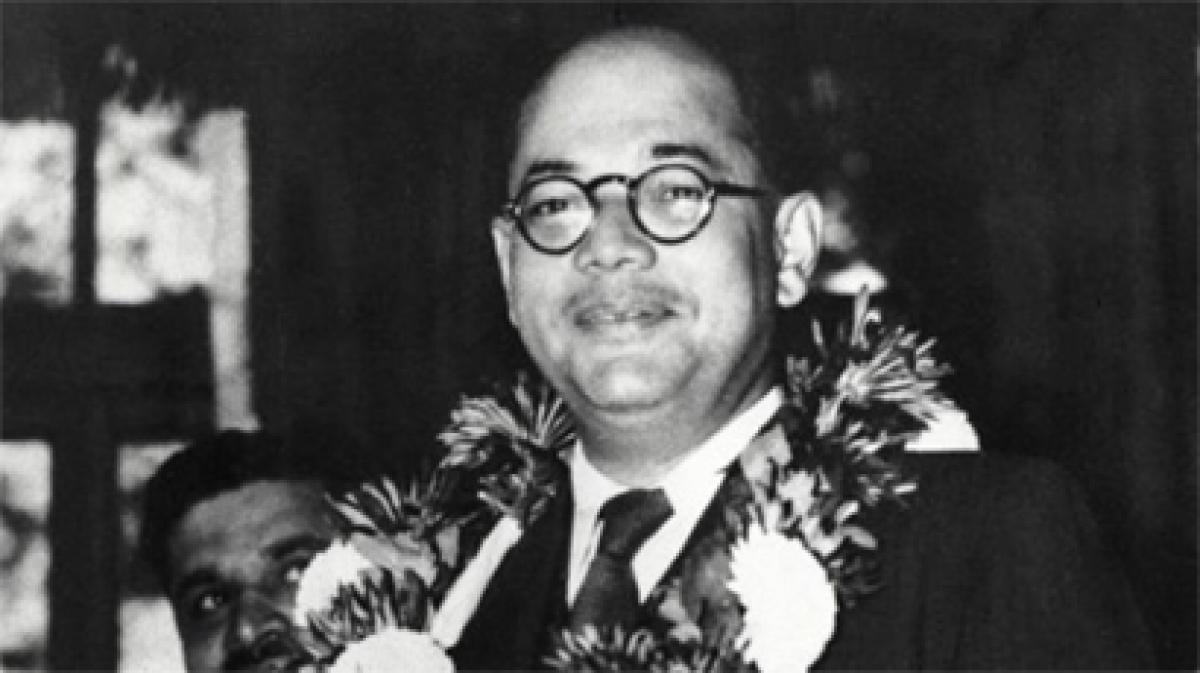 Prime Minister Narendra Modi declassified digital copies of 100 secret files on Netaji Subhas Chandra Bose and paid rich tributes on his birth anniversary on Saturday, saying generations of Indians remember him for his bravery and patriotism.

Prime Minister Narendra Modi declassified digital copies of 100 secret files on Netaji Subhas Chandra Bose and paid rich tributes on his birth anniversary on Saturday, saying generations of Indians remember him for his bravery and patriotism.

"Remembering Netaji Subhas Chandra Bose on his birth anniversary. His bravery and patriotism endears him to several Indians across generations," he tweeted.

The Prime Minister chose this day to declassify secret files relating to Netaji with a view of throwing some light on his mysterious disappearance.

"The National Archives of India (NAI) is placing 100 files relating to Netaji Subhash Chandra Bose in public domain after preliminary conservation treatment and digitization. On the occasion of the birth anniversary of Netaji, the Prime Minister will release the digital copies of these files in public domain," an official release said.

Modi said, "Today is a special day for all Indians. Declassification of Netaji files starts today."

The Prime Minister also put out a proclamation issued by Netaji in 1944 asking Indians to fulfill their 'duty' in liberating India.

Paying tributes to Netaji, Home Minister Rajnath Singh said, "I bow to 'Netaji' Subhash Chandra Bose on his birth anniversary today. He is one of the greatest heroes of India's freedom struggle."

The NAI also plans to release digital copies of 25 declassified files on Bose in the public domain every month.

The first lot of 33 files were declassified by the Prime Minister’s Office (PMO) and handed over to the NAI on December 4, last year.

Modi, in his meeting with members of Bose family here on October 14, last year, had announced that the government would declassify the files relating to Bose and make them accessible to public.