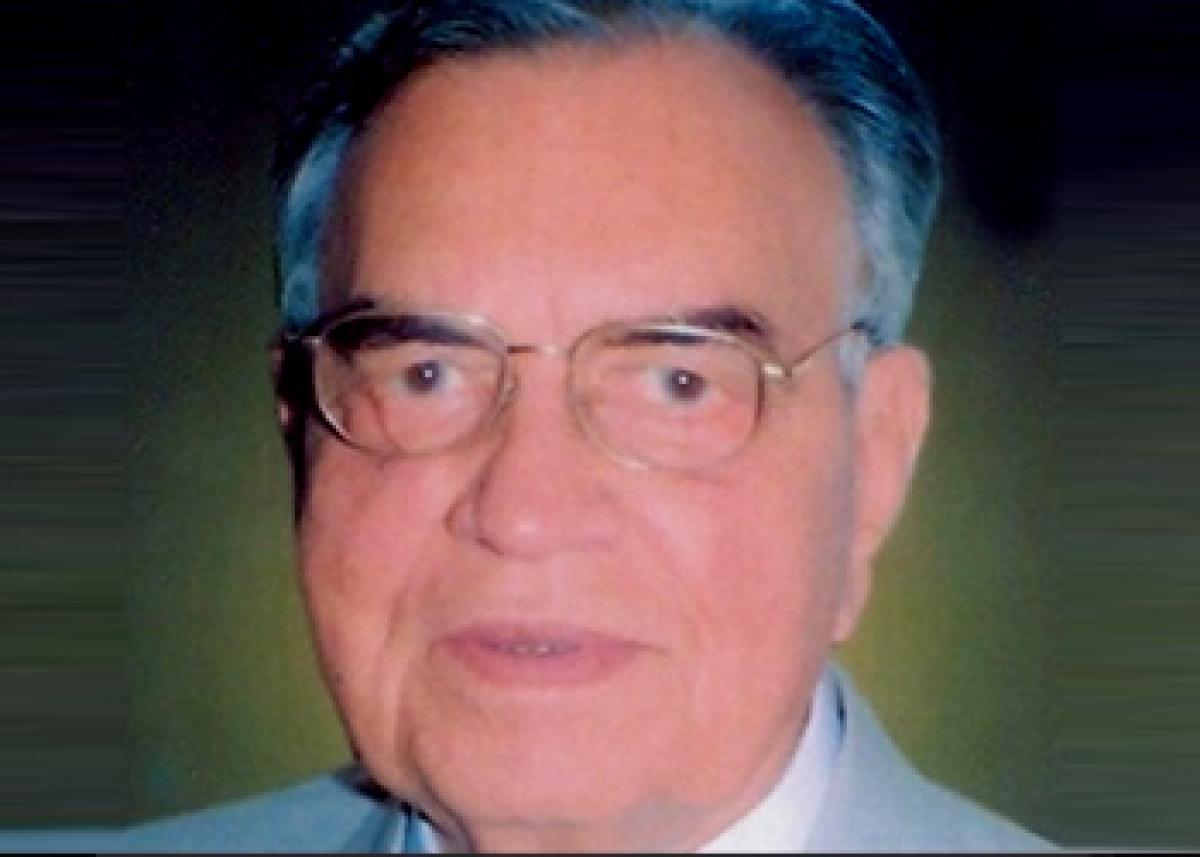 A farmer-turned politician, Balram Jakhar, who died here on Wednesday, was an able administrator and had the rare honour of holding some of the highest constitutional posts including that of governor and Lok Sabha speaker.

New Delhi: A farmer-turned politician, Balram Jakhar, who died here on Wednesday, was an able administrator and had the rare honour of holding some of the highest constitutional posts including that of governor and Lok Sabha speaker.

Jakhar, 92, also had the rare distinction of being elected Lok Sabha Speaker for two successive terms from 1980 to 1989. His term as Speaker saw some significant legislations being passed by the house and measures to improve its functioning.

In his long innings in politics, Jhakhar held several organizational posts in the Congress. He served as union agriculture minister in the P.V. Narasimha Rao government and later as Madhya Pradesh governor during the first United Progressive Alliance government.

Born on August 23, 1923 at Panjkosi village in Ferozepur district of Punjab, Jakhar graduated from a college in undivided Punjab's Lahore town and was well-versed in English, Sanskrit, Hindi and Urdu apart from Punjabi.

After graduation, Jakhar took up the family profession of farming and made use of modem techniques for the development of orchards and vineyards in his farmlands which led to increase in the crop yield.

Jakhar's services in fruit-growing received national recognition and he was awarded the title 'All India Udyan Pandit' by the president in 1975. It was his leadership role among the farming community that eventually pushed Jakhar into an active political role at the national level.

Jakhar's legislative career began in 1972 when he was elected to the Punjab assembly. Within one year of his election to the assembly, he was inducted as the deputy minister of co-operation, irrigation and power. He remained a minister till 1977.

In 1977, when the Congress faced a rout, he won his election and was chosen as leader of the Congress (I) legislature party and recognised as the leader of opposition in the Punjab assembly. He held the position till January 1980 when he was elected to the seventh Lok Sabha from Ferozepur. He was elected speaker on January 22, 1980.

Though he had no experience as a presiding officer, Jakhar went about his new role with confidence and innate common sense. He subscribed to the view that that the house is the ultimate master of its own procedures in a parliamentary democracy.

Following his re-election to Lok Sabha in 1984 from Sikar in Rajasthan, he was again elected the speaker. He was considered the natural choice for the post over the manner in which he had presided over proceedings of the seventh Lok Sabha.

Jakhar had earned the distinction of being the only speaker to have presided over two successive Lok Sabhas for their full terms, only about a month short of a full decade.

During his tenure as speaker, Jakhar remained alert to protecting the rights and privileges of the members individually and of the house collectively.

He respected the role of the judiciary in a democracy and also held that each organ of the state should act only within the realm allotted by the constitution.

Accordingly, in November 1987, Jakhar ruled that courts cannot compel the speakers to present themselves before the courts in defence of what is perceived as their omissions and commissions relating to the functioning of parliament.

Jakhar's tenure as speaker also witnessed the evolution of several procedural innovations. A comprehensive review of the rules of procedure and conduct of business in Lok Sabha was undertaken in 1989, the first such initiative since 1952, and several changes were incorporated. It was during Jakhar's tenure that parliament enacted anti-defection legislation in 1985.

The department-related standing committee system, introduced during the 10th Lok Sabha, is also seen as an offshoot of the original subject committee system introduced by Jakhar in August-September 1989 after years of deliberations.

Jakhar also took keen interest in the expansion of the parliament library and initiatives for the setting up of a parliamentary museum and archives.

Jakhar was again elected to the Lok Sabha from the Sikar in 1991. As ariculture minister in the Rao government, he resisted pressure for cutting down the subsidies to the farmers in the wake of the liberalisation of the economy.

Jakhar did not contest the 1996 Lok Sabha elections but continued to be active in Congress party. In the 1998 Lok Sabha polls, he was elected from Bikaner.

Jakhar's elder son, Sajjan Kumar Jakhar, was a minister in the Congress government in Punjab. His youngest son, Sunil Kumar Jakhar is a senior Punjab Congress leader and has served as leader of opposition in Punjab.