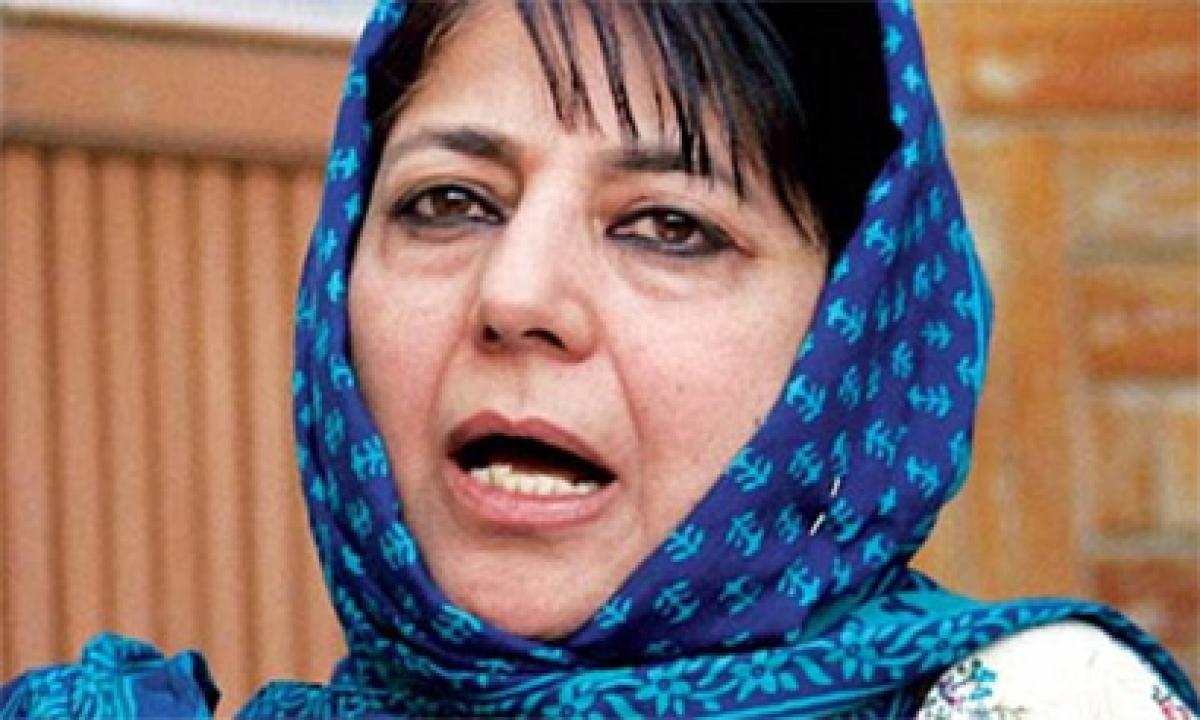 Peoples Democratic Party (PDP) president Mehbooba Mufti\'s hardening of stand and seeking \"confidence-building measures\" from the centre has made the task of forming a new government in Jammu and Kashmir an uphill task.

Peoples Democratic Party (PDP) president Mehbooba Mufti's hardening of stand and seeking "confidence-building measures" from the centre has made the task of forming a new government in Jammu and Kashmir an uphill task.

Those thinking of alternate alliances to avoid mid-term elections in the state have also thrown up their hands, not exactly helping resolve the political gridlock.

Both the opposition National Conference (NC) and the Congress have ruled out any role in forming the new government.

"We are out. We will not support or align with any political combination to claim power in the state. We are not mandated to do so," said a senior NC leader on speculation about BJP feelers after the PDP's hardening of stand on government formation.

Mehbooba Mufti had earlier sought assurances from the centre on time-bound implementation of the agenda the PDP and the Bharatiya Janata Party alliance had workedd out.

"It is not a question of PDP and the BJP. The Centre must take confidence-building measures (CBMs) to address the peculiar problems faced by the people of Jammu, Kashmir and Ladakh," the PDP president told the media after meeting with Governor N.N. Vohra in Jammu on Tuesday.

She maintained that the void caused by the January 7 death of her father, chief minister Mufti Muhammad Sayeed, needed to be bridged through these CBMs.

Asked whether she had conveyed these CBMs to the centre, Mehbooba Mufti said she this had been done through appropriate channels.

PDP insiders said the centre had been told about these steps through union Home Minister Rajnath Singh and BJP general secretary Ram Madhav.

Mehbooba, however did not say the BJP-PDP alliance was over but only that "the alliance between the two parties has an agenda; we only want its implementation".

"Nothing has been heard from Delhi thereafter. Not even a phone call. How can she, under these circumstances, face the people as the chief minister," remarked a former PDP minister.

On the other hand, the BJP says 10 months is too short a period to revist the alliance agenda.

"The PDP itself has called the agenda a sacred document. How can a sacred document be revisited in just 10 months? We are committed to its implementation in letter and spirit, but trying to mount pressure on us by continuing the present uncertainty is expecting the impossible," a senior BJP leader said in Jammu.

Speculation about channels of communication open between the PDP and the Congress in case the BJP does not relent were trashed by senior Congress leader Ghulam Nabi Azad.

"The PDP and the BJP have an alliance. It for them to give the people a government in the state. People want an elected government," the former chief minister said.

"So far as we are concerned, we will not be a party to any alliance or combination," Azad said in Jammu on Wednesday.

Amid a political deadlock, Vohra cannot wait endlessly for different political parties or combinations to come forward and stake claim to power in Jammu and Kashmir.