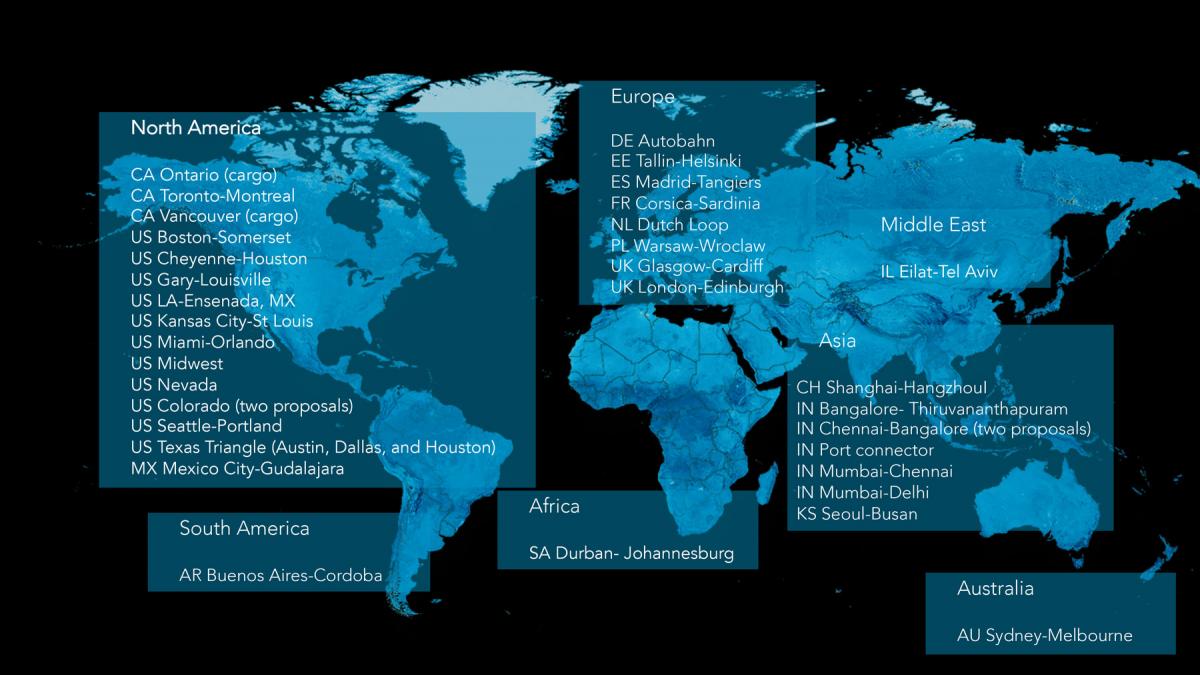 A week ago, the US-based company Hyperloop One, announced 35 semifinalist teams for its Hyperloop One Global Challenge.

INDORE: A week ago, the US-based company Hyperloop One, announced 35 semifinalist teams for its Hyperloop One Global Challenge.

The Hyperloop One Global Challenge started in May 2016 and invited individuals, universities, companies and governments to develop comprehensive proposals for using Hyperloop One's disruptive transport technology in their region to move passengers and freight point-to-point, swiftly, and on-demand.

Eventually, Hyperloop One received 2,600 entries from around the world and has narrowed the race to 35 teams.

These teams come from 17 countries where the US has 11 teams, India has 5 and UK has 4.

A press release by Hyperloop One mentions that 20 proposals come with commitments of support from local, state and federal governments and agencies. Hyperloop One has planned three Global Showcase events to be held in New Delhi, Washington and London, where semifinalist teams will showcase their projects.

As the project website mentions, DGWHyperloop will link not only Delhi and Mumbai but also passes via Indore, Kota and Jaipur, ultimately connecting these regions too in between. DGWHyperloop says that according to their research, it will take less than 80 minutes to complete a trip between Delhi and Mumbai by the Hyperloop.

GroundWorks plans to ship cargo and transport passengers by the "fifth mode of transportation". The firm is working with the local and state government authorities to speed up the process.

About the competition, the remaining 35 teams will be reviewed by Hyperloop One's panel of judges and the company is expected to announce the finalists by May.