Vote for AAP equal to vote for SAD: Amarinder Singh 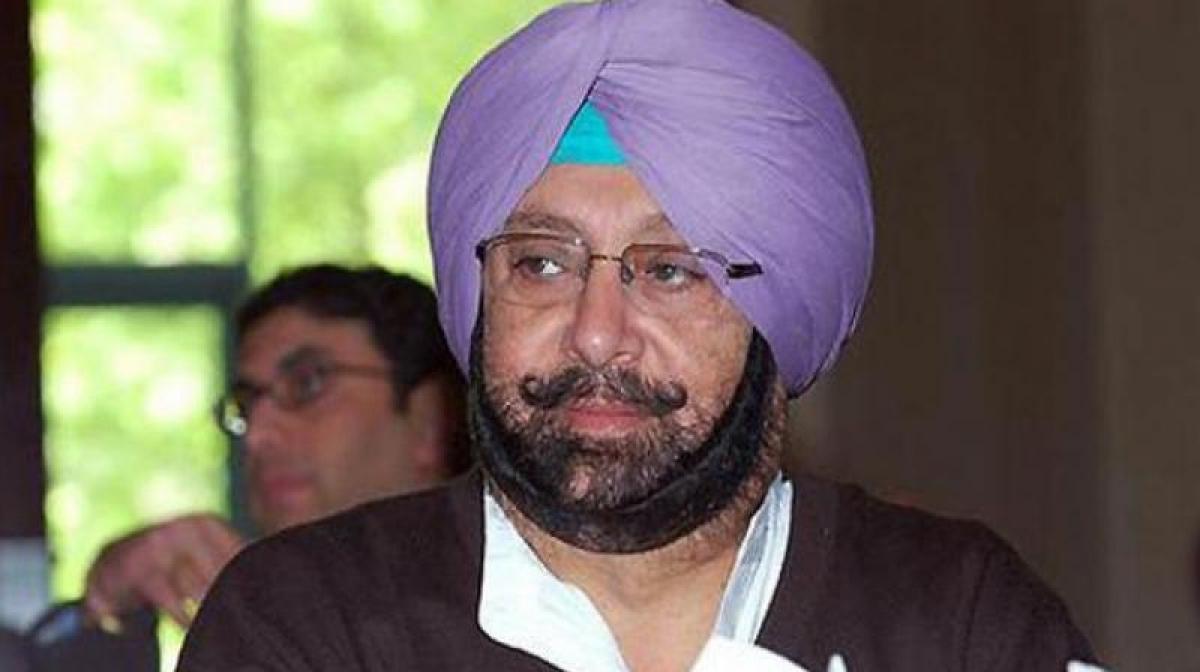 Punjab Congress chief Amarinder Singh on Thursday warned people claiming that voting for Aam Aadmi Party (AAP) would be equivalent to a mandate for the Shiromani Akali Dal (SAD) \"whose misrule they have been suffering for the past 10 years\".

Punjab Congress chief Amarinder Singh on Thursday warned people claiming that voting for Aam Aadmi Party (AAP) would be equivalent to a mandate for the Shiromani Akali Dal (SAD) "whose misrule they have been suffering for the past 10 years".

Alleging both AAP and SAD "as organizations with radical ideologies", Amarinder exhorted the people to be wary of playing into the hands of either in the February 4 state assembly elections.

"While the Akalis have been looting the people for the past 10 years through their mafia rule, the AAP has now brought in outsiders to destroy the very 'Punjabiyat' of the state," he said addressing a pubic rally in Dera bassi, near Chandigarh.

Amarinder vowed to punish those Akalis who had allegedly victimized people all these years. From Dera bassi, Congress has fielded Deepinder Singh Dhillon.

"With five lakh false cases and FIRs, the innocent people of the state were suffering under the Badal-led Akali rule.

Buddhey (Badal) nunh vi lamba pawanga (will teach a lesson to CM Badal as well)," he asserted, adding that he had decided to contest from Parkash Singh Badal's constituency of Lambi to teach him a lesson "for looting and cheating the people".

In a separate rally at Khanna, the PPCC president said Asia's biggest 'mandi' was in a shambles, as was the industry.

He reiterated his promise to waive off farm loans to bring agricultural growth back on track and strongly urged the people to vote for Congress candidate Gurkirat Singh Kotli, grandson of former Punjab chief minister, late Beant Singh.

Pointing out that the entire southern Punjab would be rendered dry if the SYL canal was allowed to be constructed, the former Chief Minister said he would not allow a single drop of water to leave Punjab, "once elected to power, even if it meant going to jail for defying the court's orders."

Amarinder told the crowds in his rallies that he would be campaigning with AICC Vice President Rahul Gandhi in the constituencies of Lambi and Jalalabad (Deputy CM's seat), as well as Cabinet Minister Bikram Singh Majithia's constituency Majitha.

"The Badals had done nothing but looted Punjab," alleged Amarinder, pointing out that "the SAD-BJP government had put a stop to all development initiatives of the previous Congress government in the state".

Amarinder lashed out at the SAD-BJP government, alleging during their time there have been "growing incidences of sacrilege in the state" and reiterated his vow to punish all those found guilty.