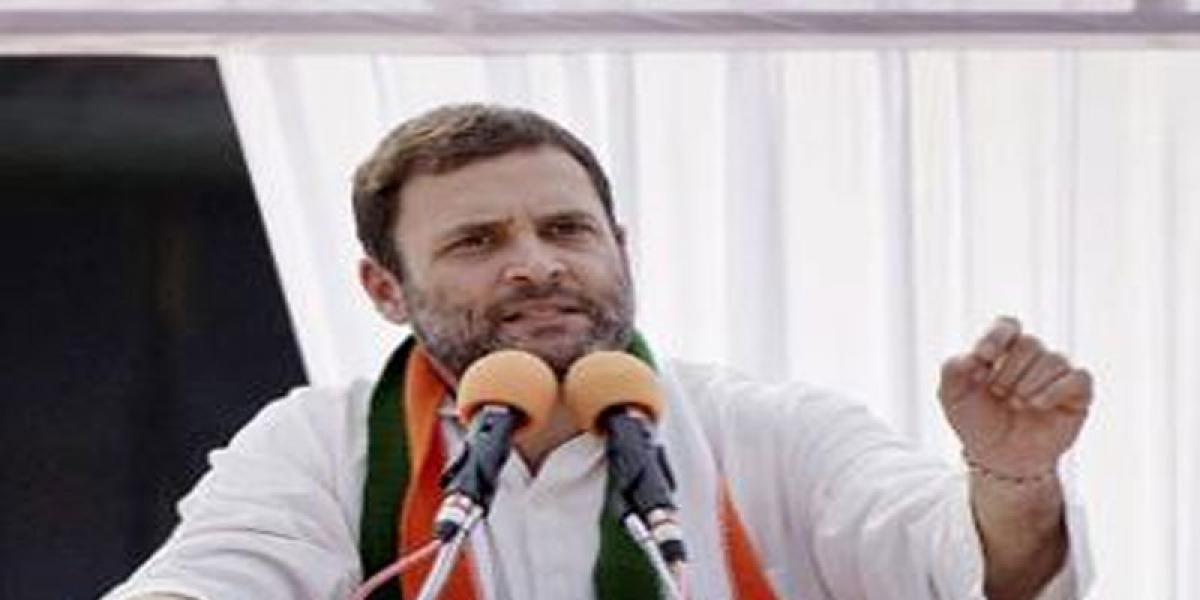 Congress Vice President Rahul Gandhi on Saturday ridiculed Prime Minister Narendra Modi for \"peeping into others\' bathrooms\" and said he was a complete failure.

Lucknow: Congress Vice President Rahul Gandhi on Saturday ridiculed Prime Minister Narendra Modi for "peeping into others' bathrooms" and said he was a complete failure.

Gandhi, along with Uttar Pradesh Chief Minister Akhilesh Yadav, was speaking to reporters after releasing a common minimum programme of the Samajwadi Party-Congress alliance for the polls, when he launched the attack.

"The Prime Minister is fond of Google searching, peeping into others' bathrooms. Let him do that in his free time but his main job is that of a Prime Minister in which he has been a cent per cent failure," Gandhi said.

Gandhi's jibe came a day after Modi, while campaigning in the poll bound state, mocked the Congress leader for being the "most joked about politician".

The Prime Minister had earlier attracted the wrath of the Congress over his "bathing wearing a raincoat" barb at his predecessor Manmohan Singh.

"The country's biggest problem is lack of jobs. Modi promised two crore jobs but has not fulfilled even one per cent of his promise. Modi talks a lot about security, terrorism and surgical strikes."

"But the result is we have suffered most number of casualties in the last seven years. Over 90 of our security personnel have been killed," said Gandhi.

He was referring to the Indian Army's September 29, 2016 surgical strikes on terror launch pads across the Line of Control in Pakistan occupied territory.

Talking about Modi's warning in Uttarakhand on Saturday that he had everyones' horoscopes, Gandhi said that it might be the Prime Minister's favourite pastime and that he should continue to google.

SP President Akhilesh Yadav suggested that Modi should not "get too angry", instead he should tell what he has done for the people of the country in the past two years.

With regards to the knotty issue of seat sharing in a dozen seats including Amethi, both leaders made light of the issue and said "minor irritants" will be thrashed out.

"On the larger issue, we are together and there is full coordination between our leaders and workers," both the leaders said.

Rahul said Modi had done nothing for Uttar Pradesh in the last two years.

Akhilesh Yadav claimed that Modi was loosing control over his mood and language because he was unsettled by the coming together of the two young leaders and reports that the alliance might come to power.

"The Prime Minister is apprehensive of Uttar Pradesh polls result. The result will give him a big shock, will put a question mark on his credibility. That is why he is saying such things," Gandhi added.