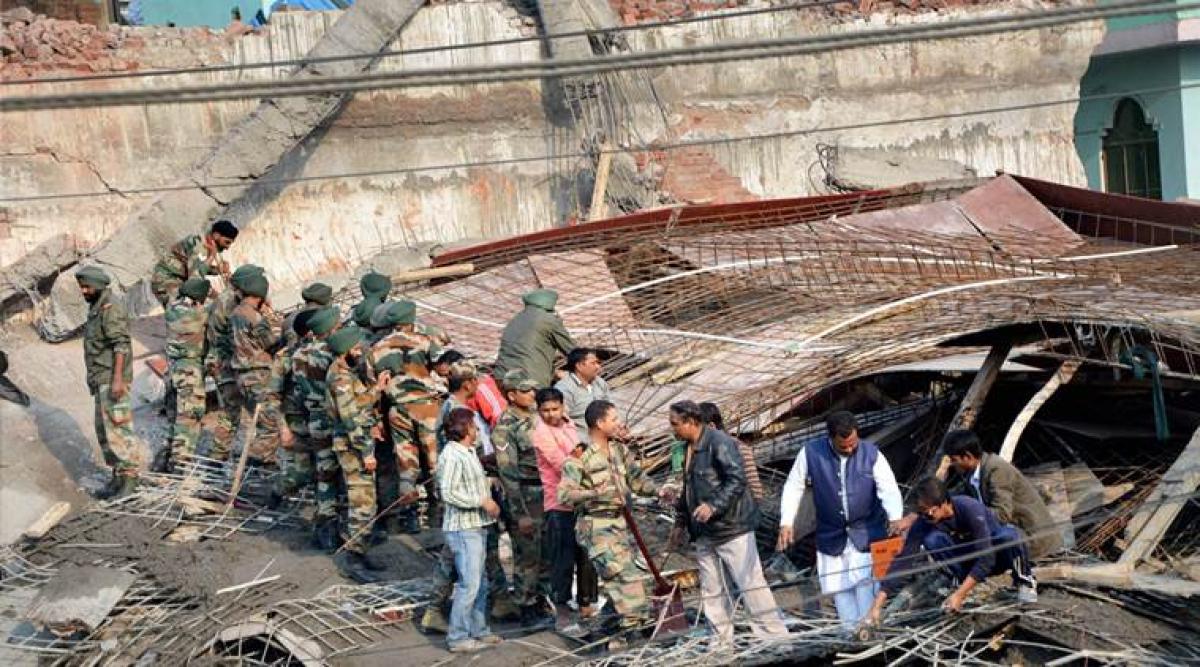 The building at Shivrajpur was crowded when the tragedy occurred as many farmers were there to stock the potato harvest.

Officials said the building apparently came down after a gas leak in the chiller plant led to an explosion.

Twelve persons, including five farmers and seven cold storage staff, have been rescued from the rubble.

The cold storage owner, his son and many labourers and farmers are still trapped in the rubble.

After the building came crashing down, officials said there had been leakage of ammonia gas and masks have been requisitioned from Kanpur city so that rescue operations can be taken up at the earliest.