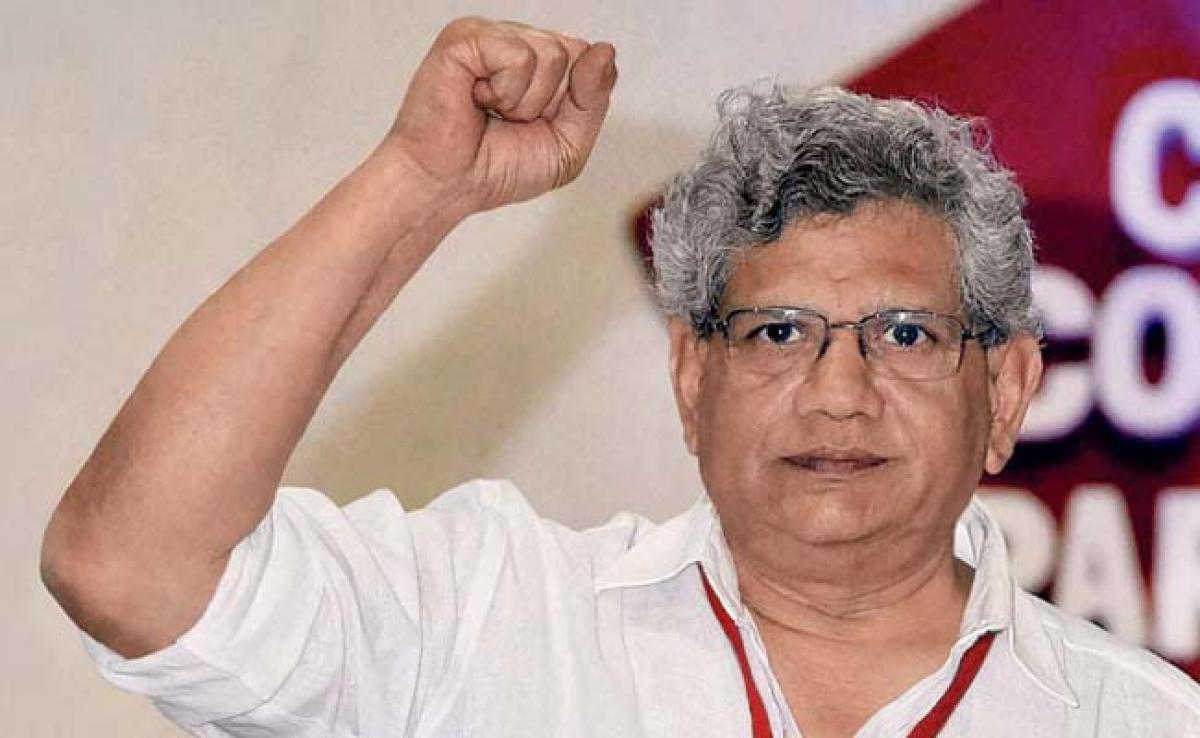 The Narendra Modi government is constantly undermining the parliament and it is a serious threat to the democratic structure of our country, CPI (M) General Secretary Sitaram Yechury said today.

The Narendra Modi government is constantly undermining the parliament and it is a serious threat to the democratic structure of our country, CPI (M) General Secretary Sitaram Yechury said today.

Mr Yechury was in neighbouring Navi Mumbai to hold a meeting of the state's party workers.

"In Uttar Pradesh elections, Modi promised loan waiver. His candidate for Chief Minister Yogi Adityanath is imposing bans on slaughter houses and his party workers are talking about Hindu majority ruling the state. This is the real face of the BJP, as they talk about one thing but after winning, do exactly the opposite," claimed Mr Yechury.

The senior CPI(M) leader alleged that "from 2014 summer, the Modi government is pushing for the Hindu ideology."

"And it is threatening minorities with a clear message that they are not going to be equal in his idea of India. Besides disrupting the social fabric, the government is also threatening the democratic procedures. It is constantly undermining the parliament.

"The way 40 bills have been cleared recently by showing them as money bill, the BJP government has once again demonstrated its unparliamentary style," he further alleged.

"The removal of the upper limit of the corporate donation to a political party from earlier 7.5 per cent of a company's last three year's average net profit was one of the 40 bills presented as money bill that got cleared without any debate. As it was presented as a 'money bill,' it does not need Rajya Sabha's approval. And nobody is objecting to the way such amendments are pushed," Mr Yechury said.

He further said the clause mandatory for private companies to divulge the name of the political party to which they had donated funds has been also removed.

"It means we would not know which company is paying how much funds to political parties," added Mr Yechury.

"A corporate firm can now purchase electoral bonds of any high amount and can ensure that it would go to the ruling BJP. In this entire process, nobody will know how much funding is taking place to the BJP. This is not transparency in governance," he argued.

"We are trying to form a strong opposition in the parliament on such issues," said the senior leader.