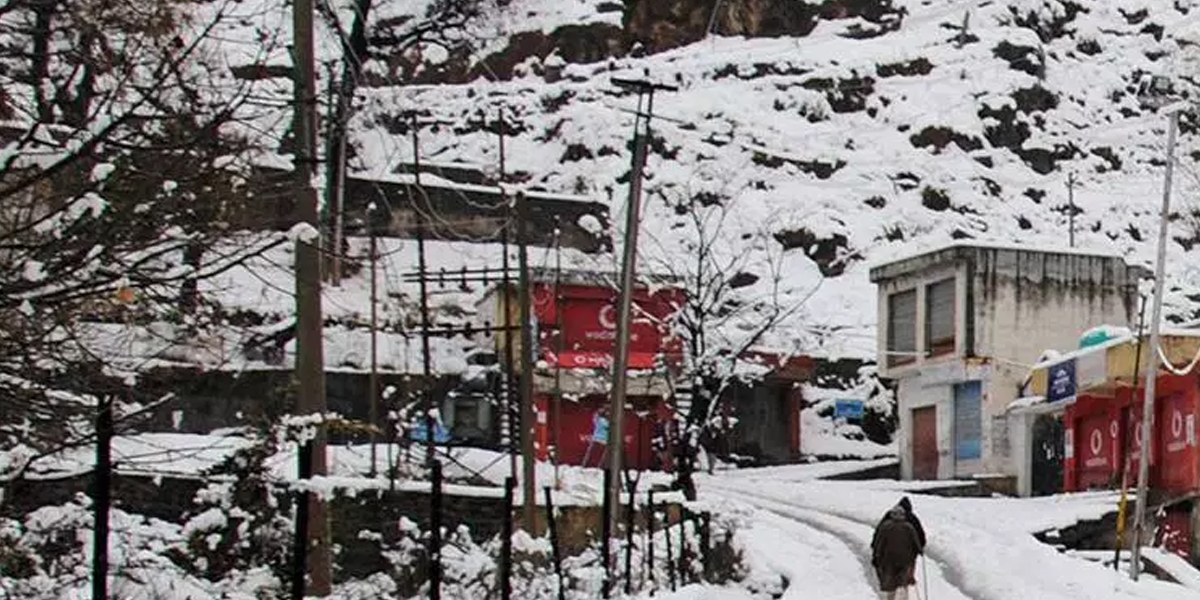 Kashmir received its first snowfall of the New Year on Wednesday, breaking a monthlong dry spell in the Valley, the meteorological department said

Srinagar/Jammu: Kashmir received its first snowfall of the New Year on Wednesday, breaking a month-long dry spell in the Valley, the meteorological department said.

The 300-kilometre-long Jammu-Srinagar national highway and the Mughal Road, which connects Jammu's Poonch and Rajouri districts with south Kashmir's Shopian, have been closed for vehicular traffic after the fresh snowfall, officials said.

"There was snowfall at most places in Kashmir, particularly in Gulmarg and Pahalgam tourist resorts, traces of snowfall were also witnessed in Srinagar early in the morning" an official said. Jawahar tunnel and other areas are still having snowfall.

As a precautionary measure, all Kashmir-bound vehicles were being stopped at Nagrota and Udhampur, officials said.

Over 300 vehicles are stranded at various places and agencies have been deployed to clear the snow, the officials added.

The snowfall has brought major respite to the residents of Kashmir as the minimum temperature rose by several degrees,except in Gulmarg. Srinagar recorded a 0 degrees Celsius on Tuesday night -- an increase of over four degrees from minus 4.2 degrees Celsius on the previous night, the Met department said.

Gulmarg received snowfall equivalent to 8.8 mm of rains till 8.30 am, while Kupwara recorded 7.4 mm precipitation.

The remaining weather stations recorded downpour between 1.5-2.5 mm during the corresponding period, the official said.

On Tuesday night, Qazigund in south Kashmir recorded a low of minus 0.3 degrees Celsius, Kokernag town minus 1.4 degrees, Kupwara 0.2 degrees, Pahalgam minus 0.5 degrees and Gulmarg minus 5.0 degrees Celsius, the official said.

Kashmir is currently under the grip of 'Chillai-Kalan', the 40-day harshest period of winter when the chances of snowfall are most frequent and maximum, and the temperature drops considerably.

The period ends on January 31. The weather department has predicted more precipitation in Kashmir over the next three days.