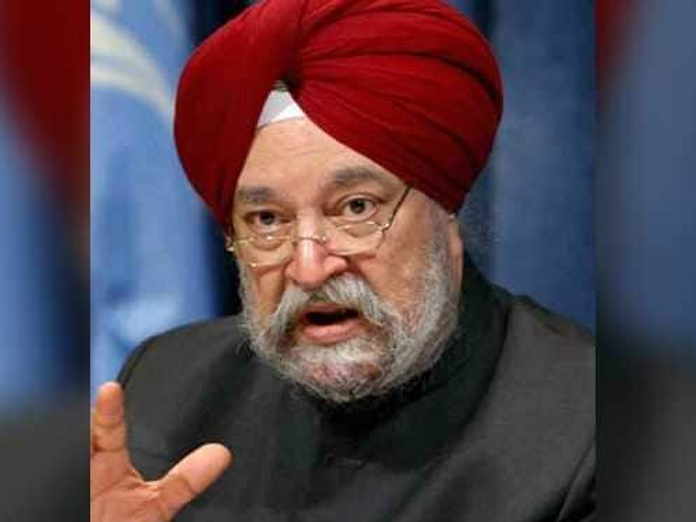 New Delhi: Union minister Hardeep Singh Puri on Tuesday hit out at the Delhi government and said the AAP dispensation has been a “stumbling block” in regularisation of unauthorised colonies in the national capital.

The Union Housing and Urban Affairs Minister said the Delhi government adopts one position in public, but takes a complete opposite stand when it comes to doing something.

“I am deeply pained to have to say to you... I find that elected representatives sometimes, you know who I am referring to, adopt one position in public to say... We must reach out to the people because those are the vote bank and then, when it comes to doing something for them, they follow policy and take measures completely opposed to them,” Puri said.

He was speaking at a two-day international conference organised to discuss the ‘Master Plan for Delhi-2041’. The event witnessed detailed deliberations on 'MPD- 2041' on a range of issues.

Last week, Puri had written to Chief Minister Arvind Kejriwal, alleging that the whole process of regularising unauthorised colonies in Delhi was stalled due to “apathy and inaction” of the AAP government, who vehemently rejected his claim.

At the event, the Union Minister claimed that the Delhi government has sought two more years to do mapping of these colonies required for their regularisation.

In reference to his recent letter to Kejriwal over regularisation of unauthorised colonies, Puri said, “When we tried to do something for those people living in informal settlement, they (AAP government) have been a stumbling block. We did not accept that position, we are going ahead in any case...”

There are over 1,650 unauthorised colonies in the national capital where migrant population plays a vital role in deciding the fate of any political party during elections.
In the letter, Puri had said, “The Centre is keen to regularise all unauthorised colonies of Delhi which are covered under the regulations, but the whole process is stalled due to the apathy and inaction on the part of your government to finalise the boundaries after survey of these colonies.”

Responding to Puri's allegations, the Delhi government had said the contents of the letter are factually “misleading, incorrect and imaginary”.

“It is a well known fact that the central government does not like the existence of unauthorised colonies in Delhi and has been opposed to their regularisation.

The Chief Minister will be sending a detailed response rebutting all false allegations made in the letter, this week,” the government had said in a statement issued on Sunday.