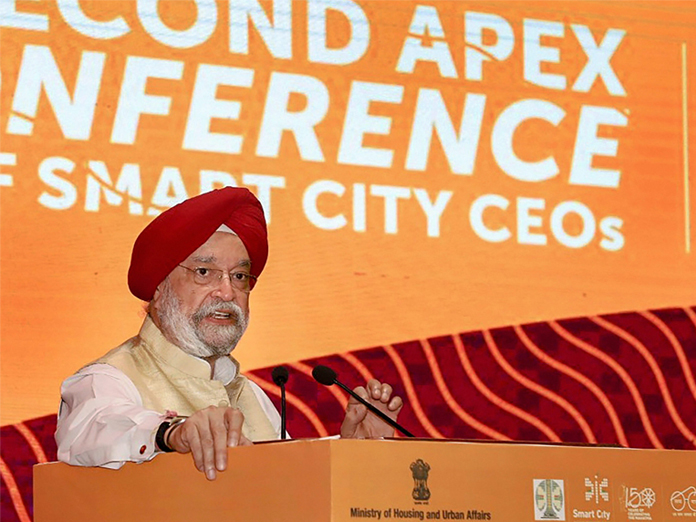 New Delhi: Union Minister Hardeep Singh Puri on Tuesday said the government has spent six times the money used for urban rejuvenation in the 10-year UPA rule and asserted that it is not going to stop at just 100 smart cities.

Addressing the “Second National Apex Conference of CEOs of Smart Cities”, the Union Minister of state for housing and urban affairs said that the rapid rate of progress of the mission is an answer to the “cynics and naysayers who doubted what we are doing”.

“Till September 2017, projects worth Rs 21,500 crore were tendered. The value of the projects tendered since then is Rs 1.22 lakh crore,” he said and claimed that India’s Smart City Mission is one of the fastest implemented projects in the world.

“This is only the beginning. As we become a USD 10-trillion economy by 2030, we are not going to stop at 100 cities, we cannot. These 100 cities will become the template that this is how you do it,” Puri said.

On the Swachh Bharat mission, he said the government achieved the target of constructing five lakh community and public toilets well before the October 2, 2019 deadline. The Minister added that the goal of constructing 67 lakh individual household toilets would be accomplished by next month.

“We were told one crore additional dwelling units were needed to be built under the Pradhan Mantri Awas Yojana by 2022. As of February 2019, we have sanctioned 79 percent of them,” Puri said.

He also stressed “smart cities at the end of the day need smart people and smartness in terms of people depends on behavioral changes,” he said while expressing disappointment over commuters not using a helmet in smart cities like Surat and Rajkot.