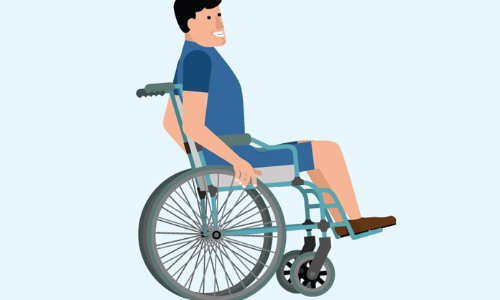 New Delhi: A plea in the Delhi High Court on Thursday sought setting aside of last month’s government notification which bars people with more than 80 per cent disability from being admitted to medical courses.

The Medical Council of India (MCI) however informed a bench of Chief Justice Rajendra Menon and Justice V K Rao that it has taken some decision on the issue which would be communicated to the court.

Advocate T Singhdev, appearing for MCI, said the central government had asked the MCI to look into the matter after which it has taken some decision and it will be communicated to the court on March 12. The bench listed the matter for further hearing on March 12.

Mohd Shaloo, having a benchmark disability of 90 per cent, challenged the February 4 notification which made him ineligible to study medical course (NEET-PG, 2019).

The petition, filed through advocate Gaurav Kumar Bansal, said the decisions of MCI's board of governors and medical counselling committee to make Shaloo ineligible to study the medical course are not only highly irrational, arbitrary and discriminatory but also against Article 21 of the Constitution and various provisions of the Rights of person with disability Act.

Shaloo is an MBBS doctor who has served as junior resident in RML Hospital and has cleared NEET-PG with a good rank. However, due to the MCI notification, he cannot do post graduation and has challenged the notification, Bansal said.

The plea said the authorities have violated the provisions of the Rights of Persons with Disabilities (RPWD) Act, which provides that no person with disability shall be discriminated on the ground of disability.