The logjam over equitable distribution of the Teesta waters has arisen from a Bangladesh proposal of sharing the water available at Gazoldoba barrage in West Bengal on a 50:50 basis, reserving 20 percent of the overall river water for an environmental flow in order to keep the river in good health.

The logjam over equitable distribution of the Teesta waters has arisen from a Bangladesh proposal of sharing the water available at Gazoldoba barrage in West Bengal on a 50:50 basis, reserving 20 percent of the overall river water for an environmental flow in order to keep the river in good health. 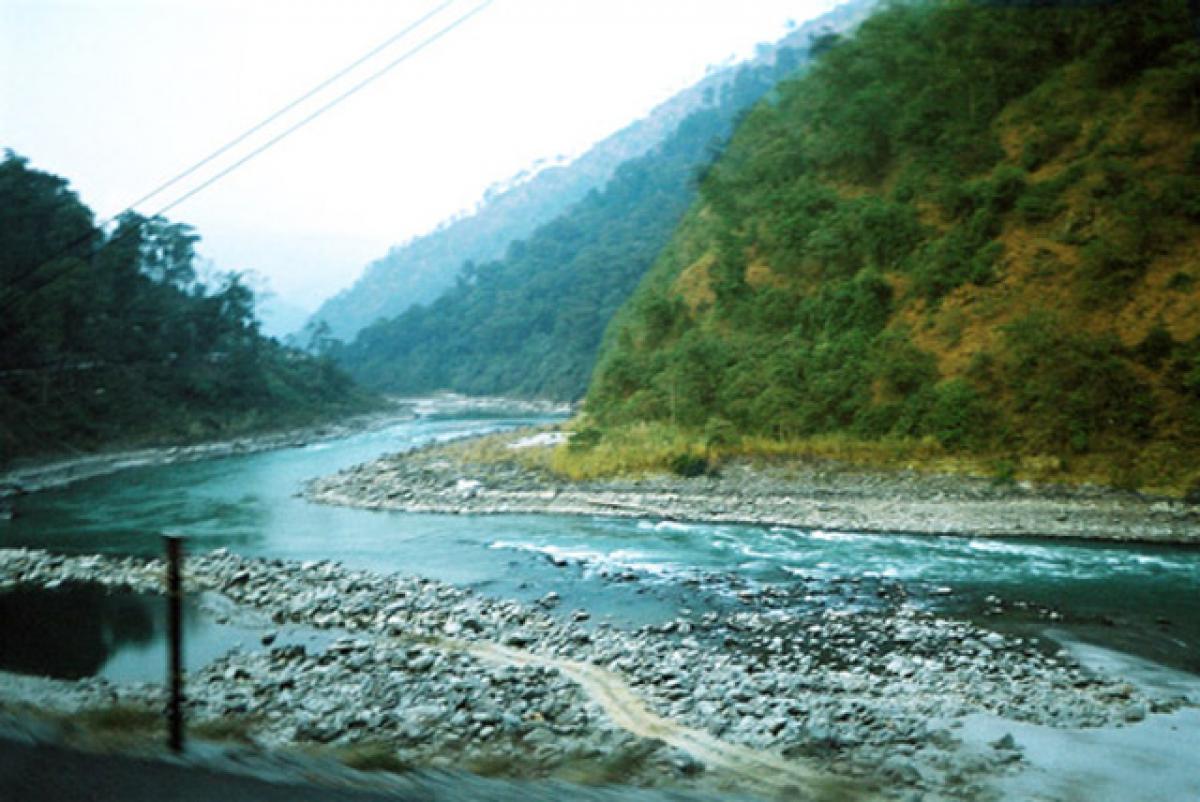 But if New Delhi ultimately accedes to the Bangladeshi demand, it will be a political decision rather than a technical one as vast areas of north Bengal will be affected and the purpose behind the Teesta Barrage Project in West Bengal, which has already witnessed expenditure of an astronomical amount, may be defeated. On the other hand, it cannot be denied that the northwestern part of Bangladesh is starved of water, that the need of the hour is augmentation of the Teesta water flow at Gazoldoba and some vital corrections in the agricultural pattern that Bangladesh has been following in its Rangpur division.

But the Teesta is a trans-boundary river and the interests of Bangladesh must be taken into account while finding a solution to the contesting claims. But the issue is complicated and there are sound reasons to believe that the previous UPA government had not strained its head before zeroing in on a draft agreement that sought to apportion the water on a 50:50 basis.

At least in the public domain, comparative needs and water availability in the plains are being taken as benchmarks for calculation. But the Teesta originates in Sikkim - at Chhombo Chhu, a glacial lake at the tip of the Teesta Khangse glacier. So Sikkim's interests too will have to be protected, particularly in the wake of the fact that a number of hydro-electric projects on the river are either in operation or in the pipeline.

In the lower reaches - in north Bengal and Bangladesh - the Teesta is basically a rain-fed river with an average annual flow of 60 BCM. The problem takes place during the lean season - from October to April - when the average flow comes down to 6 BCM. The draft agreement prepared before then prime minister Manmohan Singh's visit to Dhaka dealt with the lean season only and his successor, Narendra Modi, is expected to confine himself within this parameter when he takes up the issue with his Bangladeshi counterpart, Sheikh Hasina.

So, it may be an injustice to India if the river water is shared on a 50:50 basis at a time when the average flow is only 6 BCM as India's catchment area is a huge 10,155 square kilometres while Bangladesh's is only 2,004 sq km or only 17 percent of the total.

Perhaps in response to India's Gazoldoba barrage, which is a part of the Teesta Barrage Project, Bangladesh has constructed a barrage at a place named Dalia in the Neelphamari district. Bangladesh's Teesta Irrigation Project has a target of 750,000 hectares of command area and 540,000 hectares of irrigable area. Even if the irrigation target is taken into account, then again Bangladesh's demand for an equal distribution becomes debatable as India seeks to provide irrigation to 922,000 hectares of area in six districts of the northern part of West Bengal.

Although an Indo-Bangladesh Joint River Commission is in existence, it is joint only in name and the two sides are functioning virtually separately. This has hampered a coordinated approach. On its side, Bangladesh has already brought 63 percent of the total cropped area in the Teesta river basin under irrigation while its national average is only 42 percent. Extension of irrigation coverage on both sides of the border should have been planned keeping in view the availability of water and Bangladesh's approach has not been accommodating in this regard.

But the issue is not intractable and there should not be much difficulty in finding a solution. On the Bangladesh side of the Teesta basin, there is 200 percent crop intensity while it is only 169 percent on the Indian side. This has become possible because of large-scale use of high yielding varieties of seeds in Bangladesh. This proves the genuineness of Bangladesh's need for water, although there is a touch of arbitrariness in its arguments.

The northwestern part of Bangladesh, particularly the Rangpur division, is known as the country's rice bowl. But it overwhelmingly depends on the cultivation of Aman (July-December) and Boro (November-May) paddies. While the first is partly rain-fed the latter is totally dependent on irrigation. For Aman, rainwater is only available till September as the monsoon withdraws from this part of the world in the first week of October. So, a major part of Aman and the whole of Boro cultivation fall within the lean period of the river flow. The key to solution of the problem lies here and Bangladesh would have to change its cropping system.

Simplistic solutions should be avoided. Storing the huge amount of excess water during the rainy season through big storage dams on the upper reaches of Teesta in Sikkim is no doubt the best solution. But this will involve large-scale displacement of the local population and consequent social unrest. So, construction of small dams may be considered.

Then, the Sankosh river coming from Bhutan may be linked with the Teesta for augmenting its supply. In addition, both Bangladesh and India should plan for drought-resistant crops, particularly the ones whose cultivation needs less water. Above all, both the countries must put a stop to wastage of water. In Bangladesh, only 25-30 percent of water is used; the rest is lost. The picture in India is not much brighter.

(The author is a senior journalist who has tracked bilateral ties. The views expressed are personal. He can be contacted at [email protected])