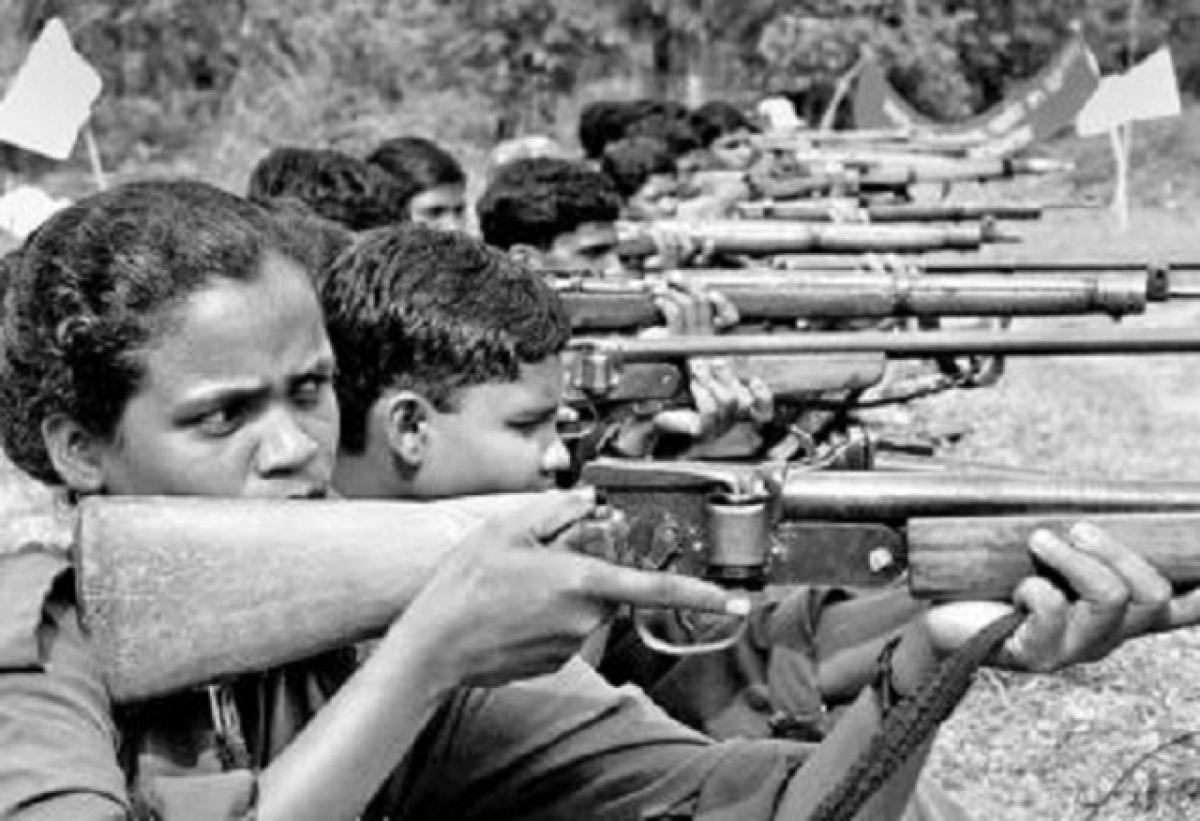 Children in Indian Maoist ranks. It has been known for long that Naxalites of the Communist Party of India (Maoist), Maoists in short, deploy children in their ranks.

It has been known for long that Naxalites of the Communist Party of India (Maoist), Maoists in short, deploy children in their ranks. As reported in a section of the media on July 31, 2015, a recent report of the United States government entitled Trafficking in Persons Report-2015 stated that “children are forcibly removed from their families and used by Maoists in Bihar, Chhattisgarh, Jharkhand, Maharashtra, West Bengal, and Odisha to act as spies and couriers, plant improvised explosive devices and fight against the government.” Indian media, both English and vernacular, as well as foreign media have reported on this issue several times in the past. And this researcher had the opportunity to speak with a few children –– both boys and girls –– who had spent some time in the rebel ranks before returning to their families. For instance, quoting a senior police officer of Bihar, a Reuters report of May 22, 2012 said: “We heard that Maoists were recruiting children for their operation at a training camp and to our surprise we found a large number of teenage boys there.”

Yet another media report of June 20, 2012, quoting the United Nations Secretary General’s Annual Report on Children and Armed Conflict, said: “Maoists recruit and indoctrinate children for children's squads and associations, particularly in Chhattisgarh and some districts in adjoining states. This is part of the Maoist strategy for mass mobilization…”

These young children, being at an impressionable age, are susceptible to indoctrination. A young lady who joined the Maoists when she was 15 years old and quit the outfit a few years later –– who this researcher interviewed in February 2002 –– said she had joined the rebels as she was inspired by the lyrics sung by a Maoist squad that visited her village in Warangal district.

Conversations with the people in Maoist-effected regions reveal the reasons for children joining the rebel ranks. Some of them admire and hero-worship the weapon-wielding cadre or commanders of the squads that frequent their area. Young boys and girls from deprived sections of society are awestruck that the gun-toting rebels can dictate and threaten their village headman or a rich landlord, sometimes an upper caste person who looks down upon and humiliates the poor and the downtrodden.

Besides, the Maoists seem to have turned into a source of inspiration for physically exploited women. In some cases, as was reported from Bihar, joining the rebels was a way out of poverty and starvation. Children initially develop intimacy with the group and gradually turn sympathizers and informers. Some eventually join the underground. A family member, relative or someone known to the family serving in the rebel ranks could act as a facilitator.

At one point, there were an estimated 800 children in the ranks of the Maoists. They are known variously as Bal Dasta, Bal Sangh and Bal Sangham. These children were and are utilized for intelligence gathering, carrying food and arms and serving extortion notes. Amnesty International noted in a report entitled Children in South Asia: Securing their rights that the Maoists had recruited children between the ages of eight and 15, "believing that they could train children more effectively than women to resist police interrogation."

A former senior lady Maoist rebel told this researcher in Karimnagar in July 2014, “I was born in the Party”. Her parents (both of whom were killed in encounters with the police) were part of a Maoist armed squad when she was born. She was raised in a welfare hostel of the government. She would go and spend time with them during vacations and return to school/hostel. Eventually, she, too, joined the underground, but later surrendered to the authorities. She is now happily settled down with a family of her own and is, herself, employed as a Home Guard in the Karimnagar Police.

To prevent children from associating with left-wing extremists, security forces officials periodically visit the hostels and 'counsel' the students about the difficulties that lie ahead if they join Maoists. Children who understand the futility of joining the rebels continue to pursue their avocation, while those who get carried away by the Maoists leave their studies and enter the jungles to fight alongside their elder colleagues. (Views expressed are of the author and do not necessarily reflect the views of the IDSA or of the Government of India)