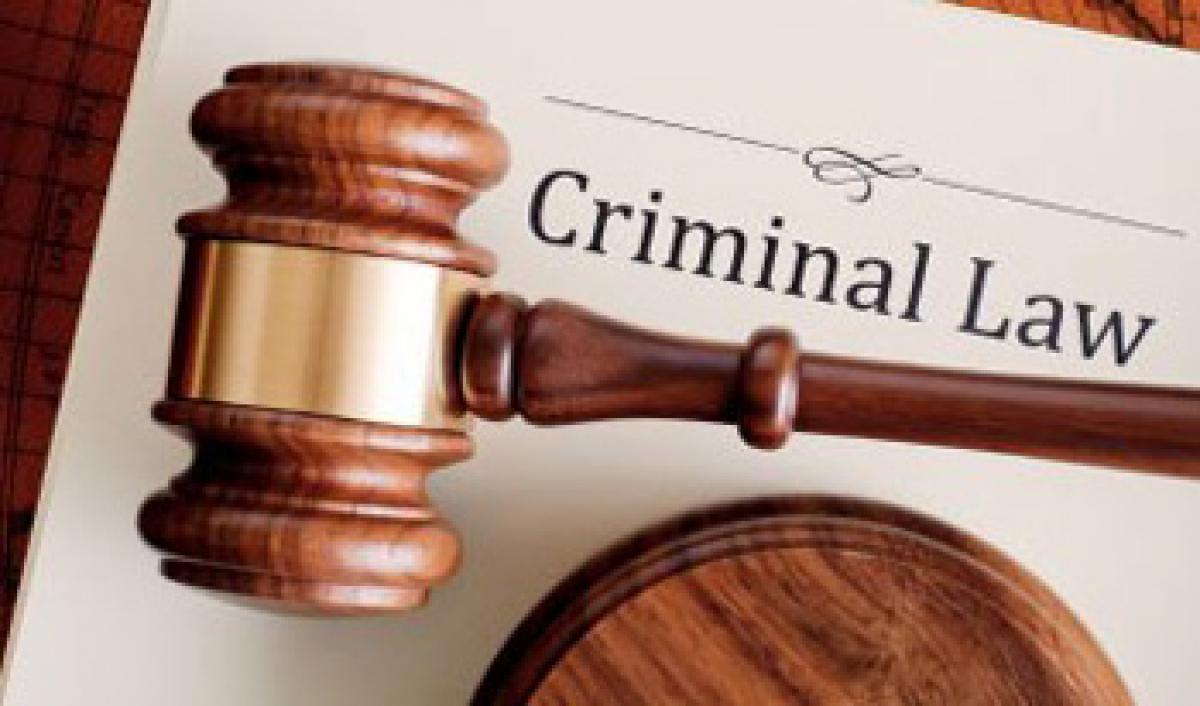 The use of the Sedition Law in the JNU students case and the persistent refusal to amend the Section on gay law have opened the debate on the need to...

Criminal law has to be necessarily sensitive to changes in social structure and social philosophy. It has to be a reflection of contemporary social consciousness and a faithful mirror of a civilisation underlining the fundamental values on which it rests - President Pranab Mukherjee

The use of the Sedition Law in the JNU students case and the persistent refusal to amend the Section on gay law have opened the debate on the need to revisit India’s criminal law codified in the Indian Penal Code (IPC). Undeniably, this colonial 155-years-old document has been our model code which has been adapted in several Asian and African countries. But, like other historical documents, it cannot remain the permanent guide for criminal law in the country.

Remember, the architect of this Code, Macaulay himself, favoured periodical revision of it. Already, it has undergone 75 amendments – additions and deletions over a period of time according to changing social needs. But, it has not been totally revised.

Consequently, legal reforms in India have remained a patchwork, without a holistic approach. Succinctly described by a legal expert it is an illustration of what Karl Popper called “piecemeal social engineering” whereby some chapters have received a re-look, but several have not.

As a result, the much-needed re-examination of Sedition Law introduced by the British in 1898 to deal with violent forms of protest against colonial rule like the Blasphemy law introduced in 1927 and the criminal conspiracy offence added in 1913 to be used against the freedom movement remain in the statute book, though the ground for their enactments has lost relevance. Undoubtedly, these present a threat to democratic freedom and their use at times gives rise to suspicions of politicising the criminal law.

Notably, commissioned literature on legal reforms is vast and varied. But, this valuable material does not appear to have received the attention it deserves from the ruling authorities. Reports of several commissions and committees lie in record rooms. President Mukherjee in his valedictory address on the 155th anniversary of the IPC in Kochi last month mentioned the need to revise the Code to meet the changing needs of the 21st Century.

He emphasised, “Criminal law has to be necessarily sensitive to changes in social structure and social philosophy. It has to be a reflection of contemporary social consciousness and a faithful mirror of a civilisation underlining the fundamental values on which it rests.”

True, the IPC might have become outdated vis-à-vis certain sections and, therefore, urgently needs additional enactments to include new crimes forms growing every year. However, the feasibility of overhauling the entire Code is an altogether different matter and a big challenge to the government.

Notably, the criminal law establishes the most vital aspect of State-citizen relationship and highlights the power of the former over the latter. Hence it is extremely important. No wonder, the IPC is next to the Constitution in importance in the governance of the country and the citizens.

In fact, the most essential function of a State is to provide security for citizens and property. This is discharged through the instrumentality of the criminal law of the land. As such, the IPC reflects the intentions of the State in the most vital aspect of social life.

Pertinently, India was one of the forward countries to have a penal Code in 1860 and a Criminal Procedure Code (CPC) a year later which established the rule of law, due procedure, common legal system and legal equality among citizens.
It also introduced definiteness in law and punishment in place of arbitrariness and prejudices.

Thus, the IPC replaced the Mohammadan Criminal Law and numerous local traditional laws. It was the first codification of criminal law in the British Empire and has the distinction of being the longest surviving Code in the world of common law rule. Toward that end, the first Law Commission of India was constituted in 1834 and it was instrumental in framing the Indian Penal Code.

An executive body established by a government order, its members were drawn mostly from among legal experts with a fixed tenure. Its major function is to work for legal reform. In independent India, the first Law Commission was set up in 1955. In 1959, it announced its intention of revising the IPC and the CPC.

A non-official resolution was moved in Parliament recommending the appointment of a Law Commission “to recommend revision and modernization of laws with special reference to the civil and criminal procedure codes and penal code.” Mainly, “to reduce the quantum of case law and to resolve the conflicts in the decision of the High Courts on many points with a view to realize that justice is simple, speedy, cheap, effective, and substantial.”

The then Prime Minister Nehru was not in favour of wholesale legal reform and instead was inclined to go with “bits and parts” keeping in mind a broad picture. Since then, legal reforms remain on the agenda of various governments. The 42nd Report of the Indian Law Commission in 1971 reopened the question of IPC revision but no progress was made. Recently, the 20th Commission constituted in 2013 and its terms of reference include revision/repeal of obsolete laws.

However, the Law Commissions is not the sole agency to recommend law reforms. Several other committees set up for different purposes also recommend legal reforms in their fields thus contributing tremendous materials by experts from diverse fields which are useful for the reform process. Indeed, codification of criminal and civil law is a tough exercise at any time. Manu’s Hindu Law known as “Manava Dharma Shastra” or “Manu Smriti” is one of the ancient codes in the world and dates back to 2nd century BC.

Surprisingly, there was no codification of Roman law in ancient times and the Chinese “Tang Code” made in 7th Century AD was one of the oldest criminal codes. In modern days, while the British were able to codify a law for India, a common criminal code is absent in England. The essence of English Common Law is that it is made by judges in courts applying legal precedents to cases before them.

In the US, a Model Penal Code is in existence but not as common law. It provides the basis for criminal law of many States. Federal Statutes-Public Laws (PL) are codified therein. There is no gainsaying, law reforms can never be left to politicians. Nor is it the function of lawyers who are practising existing law. Consequently, the Law Commission entrusted with the task of reform of criminal law should include lawyers, jurists, criminologists, psychologists, physicians, teachers and social workers having field knowledge of the existing system and the direction of changes needed.

Concepts of inclusiveness and participatory system have to be adopted in the Constitution of the Reform Commission. To get speedy results and tap best ideas, the Commission might be split in groups with members competent to handle specific fields of penal law. Clearly, this will be essential if India chooses to make wholesale reform and end the tendency to go for ad hoc changes.