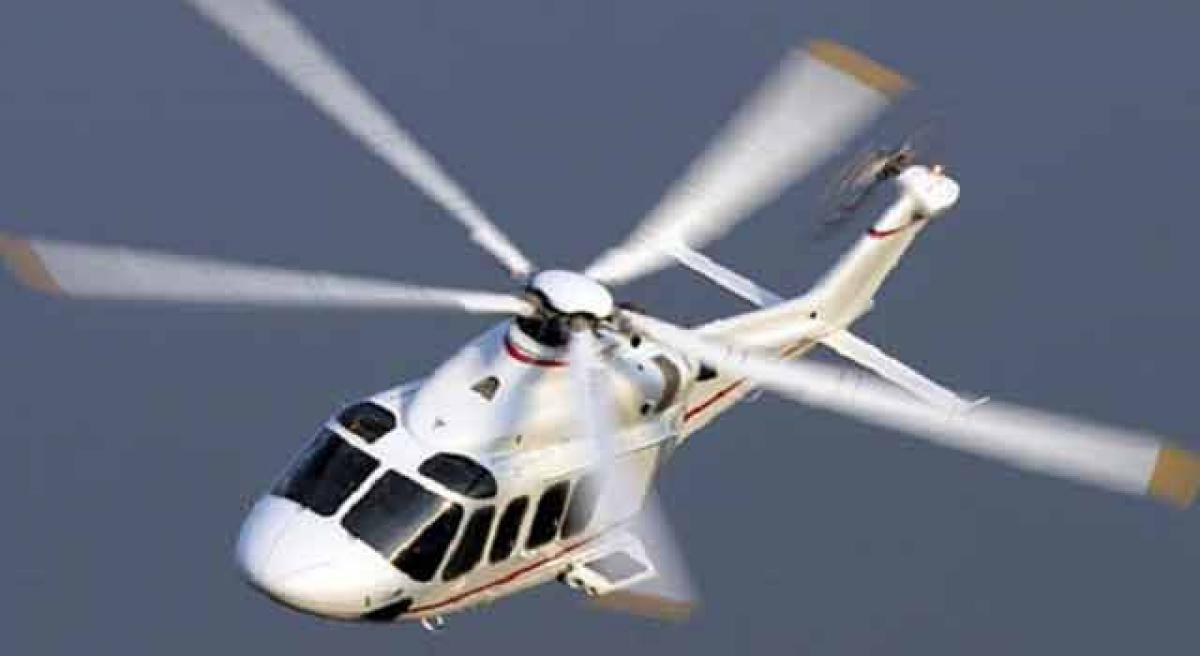 How is it so sir? This is 'Choppergate' and we are talking about our national interest being compromised. How come you are not afraid of anyone or anything in this country?

From ‘KG to 2G’ as it came to be known, the Congress leadership was so engrossed in defending itself by the end of its rule that it lost count of the same.

And it continues to defend itself even now, be it in the Ishrat Jehan case or Westland deal now. Congress leadership will be answerable for everything if it is involved – even if not, for allowing the same during its regime.

Because, there has to be someone who received the money

Remember the Italian Marines who killed our fishermen? They said "we are Italians. Why should we conform to your laws."

One may have to remind Revered Soniaji that she should be afraid of the Law, of the land and its people. Otherwise, they know how to show her and her party, its place. She and all those who are raving and ranting and daring the government to prove the charges should know that it is not an 'Augusta House.' It is the supreme Indian Parliament.

Here is why the Congress should be afraid of. The Enforcement Directorate is said to have identified the "politicos, Babus and IAS officers" involved in the money flow in the AugustaWestland helicopter deal.

It is seeking the extradition of the three middlemen of the deal - Carlo Gerosa, Guido Haschke Ralph and Christian Michel James. One may not agree with the BJP on anything, politically, morally or ethically.

But, this particular Choppergate is entirely different. An Italian court has identified the "bribe givers" in the case. The case is established beyond any reasonable doubt.

What is to be seen is whether the bribe takers would be punished, whoever they are. It could be the Gandhis, their henchmen or those who are in cahoots.

Former IAF chief S P Tyagi will soon be questioned for his role. The ED believes that the European middlemen involved in the deal used Delhi-based Gautam Khaitan as a conduit for the transfer of funds.

In fact, the chargesheet filed by the ED says that Khaitan funnelled the payments. The probe further led to the charges that Gerosa-Haschke combine and Michel who acted the brokers had quoted 28 million Euros and 42 million Euros as "the Indian quotient" of the deal.

Going by the then Rupee-Euro exchange rate, a total of Rs 362 crore were to be given out of the demand raised by the two (51 million Euros). Both sets of dealers got the money transferred to their accounts.

The ED probe further says "Haschke and Gerosa, with the Tyagi brothers..managed to make inroads into Indian Air Force (IAF) through S P Tyagi and thereby could influence and subvert the consistent stand of IAF regarding mandatory service ceiling of the helicopter. Gautam

Khaitan was not indicted first by any Indian agency. It was an Italian court which said in 2014 that Guatam Khaitan played a dual role first as the creator (together with Haschke and Gerosa) of the system of operation, the money needed for corruption, and then as a vital cog (via the company of the actual implementation of the system). This information reached a section of the media on April 28 (Thursday of this week).

The ED explained in its affidavit that GK referred to Gautam Khaitan, Praveen was for Praveen Bakshi, brothers referred to Tyagi brothers and 270 meant 270,000 Euros. The Indian government had approached the UK for extradition of Michel.

The Defence Ministry had already issued red corner notices against the three middlemen. Former IAF chief Tyagi and his cousins who figure in the murky deal and in compromising the national security were paid 10,50,000 Euros by Guido Haschke and Carlo Gerosa through their companies M/s Gordon Services SARI and IDS Tunisia.

Another installment of 270,000 Euros was delivered to them by the end of 2011 again. The next year they got another 100,000 Euros from the middlemen. Though they are said to have fixed deposited the same in banks, later withdrew the same on immovable properties, the ED said.

However, during questioning, they could not explain the fund flow, it is said. The ED had served summons on Michel, a British national whose official headquarters is Dubai last year itself, asking him to join the probe. He refused and hence the ED secured a non-bailable warrant against him.

Michel was said to have flown into India 300 times during 1997-2013. The Interpol issued the Red Notice against him after the ED, the CBI probes and Court's non-bailable warrant.

The ED which had earlier sent Letters Rogatory to seven countries, is planning to send three more LRs to UAE and Tunisia.

Hence it is not that there is no case at all. It is also a fact that while the ED could trace the route of the money transfers and flow so far, it is still investigating as to where the rest of it all has gone out of the 362 crore. Michel is key to the investigations just as the other two brokers are in this deal.

One of the more disturbing revelations is that about Rs 50 crore was set aside by the brokers for media management in India. Michel, the British national, was supposed to give feedback on the Indian media activity on the deal through his firm Global Services FZE. "..any hostile press activity that may impact on the execution of the contract be reported."

The AugustaWestland deal was for supply of 12 VVIP helicopters. It has come to the fore now that at least 20 journalists were in his list who received regular 'packets' reminding everyone of the Radiatapes.

The political slugfest would go on for some more time. The decibel levels would be higher during the current session of the Parliament. We have all heard of a party in power facing the heat of scams and scandals. As for the UPA-I and UPA-II there was no dearth of the same.

From 'KG to 2G' as it came to be known, the Congress leadership was so engrossed in defending itself by the end of its rule that it lost count of the same. And it continues to defend itself even now, be it in the Ishrat Jehan case or this one now. Extraordinary privilege!

Know the origin of what is called The Theatre of the Absurd? Its lineage could be traceable to Roman mime plays. Mathematically, absurd is that which cannot be expressed in finite terms of ordinary numbers or quantities. Hence, irrational than ridiculous.

Because, there has to be someone who received the money. There is nothing supernatural about it. There are no ghosts, ghouls, spectres, apparitions, poltergeists, good and evil spirits and things that go bump in the night.

None of these was involved, unless the Congress leadership wants us to believe. Money just did not go up in smoke.
Just enjoy the whodunnit meanwhile?