Politicians are not above law 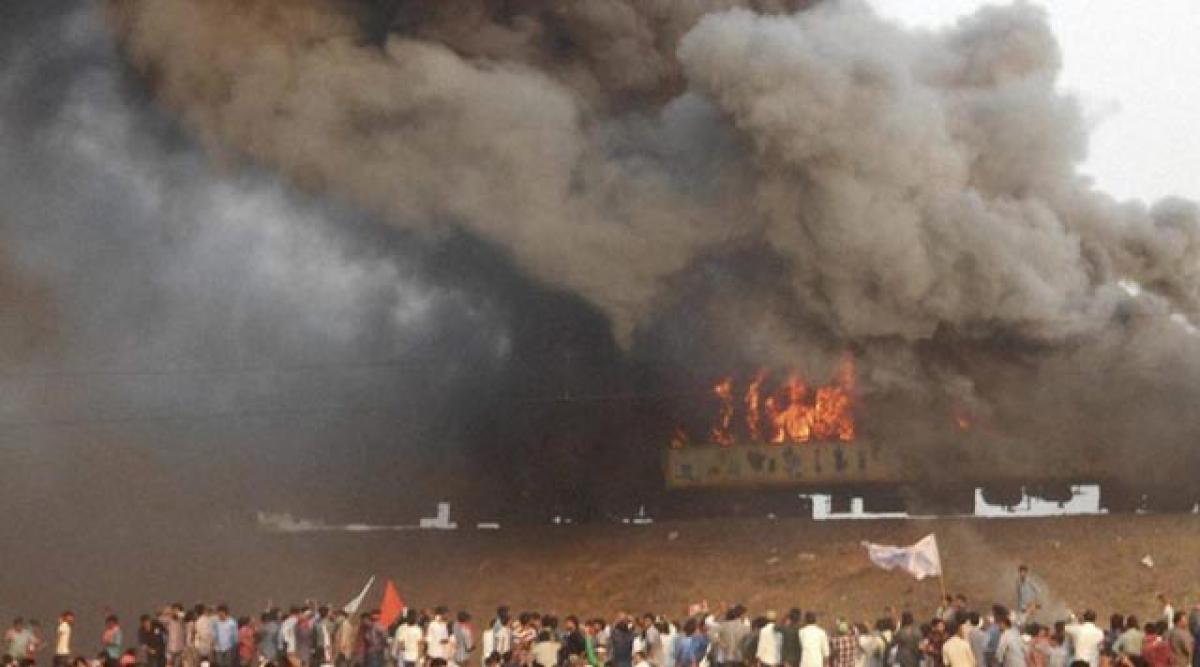 The demand for inclusion of Kapus in the list of BCs in Andhra Pradesh is a long standing one and therefore needs to be looked at from a different angle.

The demand for inclusion of Kapus in the list of BCs in Andhra Pradesh is a long standing one and therefore needs to be looked at from a different angle. But unfortunately, the opposition parties instead of indulging in participative politics are inciting passions. According to one theory, the Kapus sway is secondary to that of Kammas and Reddy’s, who they accuse of wielding political power, denying them their due.

The Kapus believe that about 120 ago, probably at the end of the nineteenth century, their social status was higher than that of the Kammas. But the Kammas took to business, commerce and education faster. Closely knit and numerically not too many, the Kammas were able to take rapid strides to land at the top of the social hierarchy.

Saying that they are falling behind in terms of jobs and education, the Kapu community is demanding inclusion in the ‘Backward Castes’ category “like they were before independence”. ‘Backward Castes’ is a collective term covering socially and educationally deprived groups in the country.
I am not going into the issue of whether the demand for reservations is genuine or not nor am I going into the issue of whether the political parties have been using the issue or Kapu reservations for vote bank politics because the issue is very old and had taken many twists and turns.

A more serious discourse needs to be built on the relationship between reservation, growth and development. This becomes more important in the backdrop of what Dr B R Ambedkar had said, dividing the castes into sub-castes further based on the income levels may not yield any better results as it will only help to strengthen the Castes and make them more powerful and therefore more mischievous. This remedy is therefore neither practicable nor effective.

But then it appears that what matters most whether it is the leaders from the community like Mudragada Padmanabham or political parties is to keep the issue boiling for narrow political gains. The politicians seem to be more interested in making infuriating speeches. They resort to incitement knowing full well that it creates lawless atmosphere and the speakers need to be held accountable for the acts of their listeners. Political parties, over a period of time have been playing with the emotions of communities for their political dividends though the Kapu reservation issue is an old one.

It is unfortunate that the leaders who had condemned the violence on January 31 now seem to be condoning it and supporting those who encouraged it. It is condemnable that the political parties support the violence that took place on January 31. The reason why Mudragada’s recent fast has not found great support among the Kapus was because of the wrong issue which he had taken up for his indefinite fast. While fast is Gandhian way of protest, threatening with theatrics by locking the doors and holding pesticide bottle in hand is something that cannot be accepted. It is high time the politicians stop thinking that they are above the law.

It is also surprising that these very parties which demanded action against the culprits are opposing action against those who are alleged to have indulged in the violence forgetting that all parties including the present ruling party in the state TDP is equally responsible for not resolving the long pending issue till date. The misfortune in Indian politics is opposition never comes up with any alternative proposal or plan but would never miss a chance to lash at the ruling party. Opposition according to the non ruling parties means oppose everything good, bad or worse. The attitude in regard to Kapu reservation issue is no different.

Inclusion of Kapus in the Backward Classes dates back to the 1990s wherein Mudragada Padmanabham, who was a minister then in the Kotla Vijaya Bhasakar Reddy led Congress government, quit his ministerial position demanding reservation for kapus. The government succumbed to the pressure and issued a Government Order in a hurry which was struck down by the High Court later, on the basis of lack of rationale and justification for inclusion in the Backward Classes list.

The first major protest for the inclusion of the Kapus in the ‘Backward Castes’ was held in 1993. A Government Order was then issued for their inclusion in ‘Backward Castes’. The Kapu leaders accuse the Telugu Desam Party which came to power later in 1994, of not honouring the GO. The issue which was put on backburner and even Mudragada who claims to be the sole representative of the Kapus did not show much interest to take the issue forward and was in political hyberanation.

Hopes bloomed again for the community with the emergence of Praja Rajyam party by an actor turned politician Chiranjeevi who had a great following in the Telugu region and the backing of his community. Though Chiranjeevi was expected to satiate the quest of Kapus to attain power, his party miserably failed to secure the magic number and thereafter merged with the Congress disappointing major sections of the community. TDP- BJP combine in 2014 was quick enough to gauge this emotion and capitalised on it by declaring that they would provide reservation to the community if voted to power.

Providing a new hope to the Kapu community for realising their long pending grievance on reservation, TDP has even included it in their election manifesto. Though the TDP had made certain moves in that direction after it came to power, the political parties like the Congress and YSRCP which felt that their political survival was at stake, resorted to raking up passions and seem to have used Mudragada as the face of the movement which finally led to triggering of opportunist politics to cash in on government’s quandary on the issue.

It is time the political parties start giving up short cut methods in politics and learn in participative politics. They should first learn to force the government to implement its assurance through persuasive measures and lash out at the ruling party if it fails to implement the promises one year before the elections.