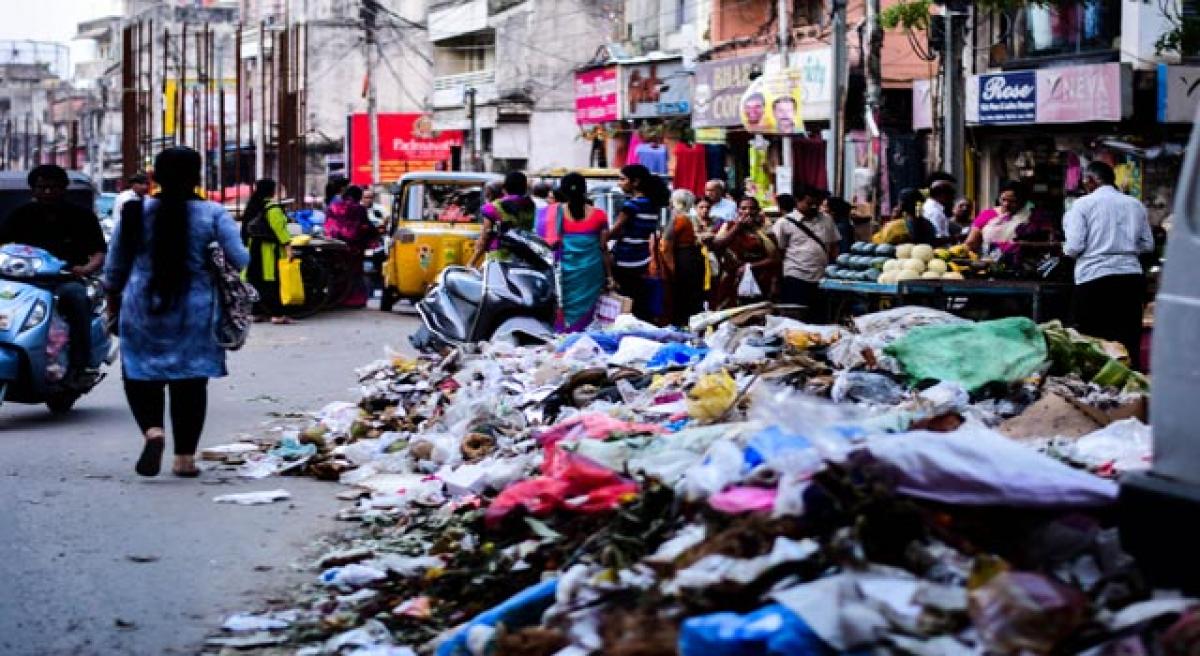 In a belated move, the GHMC has finally decided to get into action and has decided to focus on  revival of 100 modernised public toilets which have...

In a belated move, the GHMC has finally decided to get into action and has decided to focus on revival of 100 modernised public toilets which have been dysfunctional for past 16 months. It had installed modern toilets at various locations in the city at the cost of Rs 100 crore Rs (5 lakh per each).
The GHMC has lot of plans to transform Hyderabad into a global city.

Several action plans have been drawn but at the ground level nothing had moved so far. The city roads are full of pot holes and in fact one has to search where the road is among the pot holes. The drainage system is in bad state, the grandiose plans to clear garbage which was launched with much fan fare seems to have misfired and piles garbage is found at many places in the city. The scheme of bio toilets also seems to have gone for toss as none of them are in working condition.

Why is this happening? One of the main reasons is that the GHMC does not have required funds. Secondly, there appears to be no end to red tapism. Contractors allege that despite tall claims of the government to have introduced transparency in governance, they still have to pay a cut in the contracts to the politicians and officials. The officials deny such claims but say that one of the main reason for the delay in taking up various works was because of political interference. Some of the leaders want changes in alignment of various works.

Senior officials claim that the attempt to bring in accountability among the contractors has also not gone well with them. The government wanted to make the contractors responsible for the quality and in case if a road gets damaged within the prescribed period, then it should be the responsibility of the contractor to repair it. But the contractors are not willing to accept any such conditionality. As a result many are not even willing to participate in the tender process.

As a result the defect liability clause has put brakes to improve the condition of 9029 kms of roads within the GHMC limits. Unless the 1500 km drain system is improved and measures are taken to see that there was no stagnation of water on roads, no contractor is showing interest in participating I the tender process.

Even major projects like Metro rail are stuck because of political interference. For example, the AIMIM is opposing the metro rail route through old city. As the issue is yet to be resolved, the works of stopped. Similarly, the SRDP project has also hit a major hurdle. everal projects including construction and maintenance of public toilets, foot over bridges have turned a major challenge for the prime challenge for private contractors and civic officials with the intervention of the netas.

The officials of GHMC feel that unless the government takes a major policy decision to allocate funds to the corporation and get the works done by government agencies, there is not much hope of bringing rapid transformation in the city and make it a truly global city.