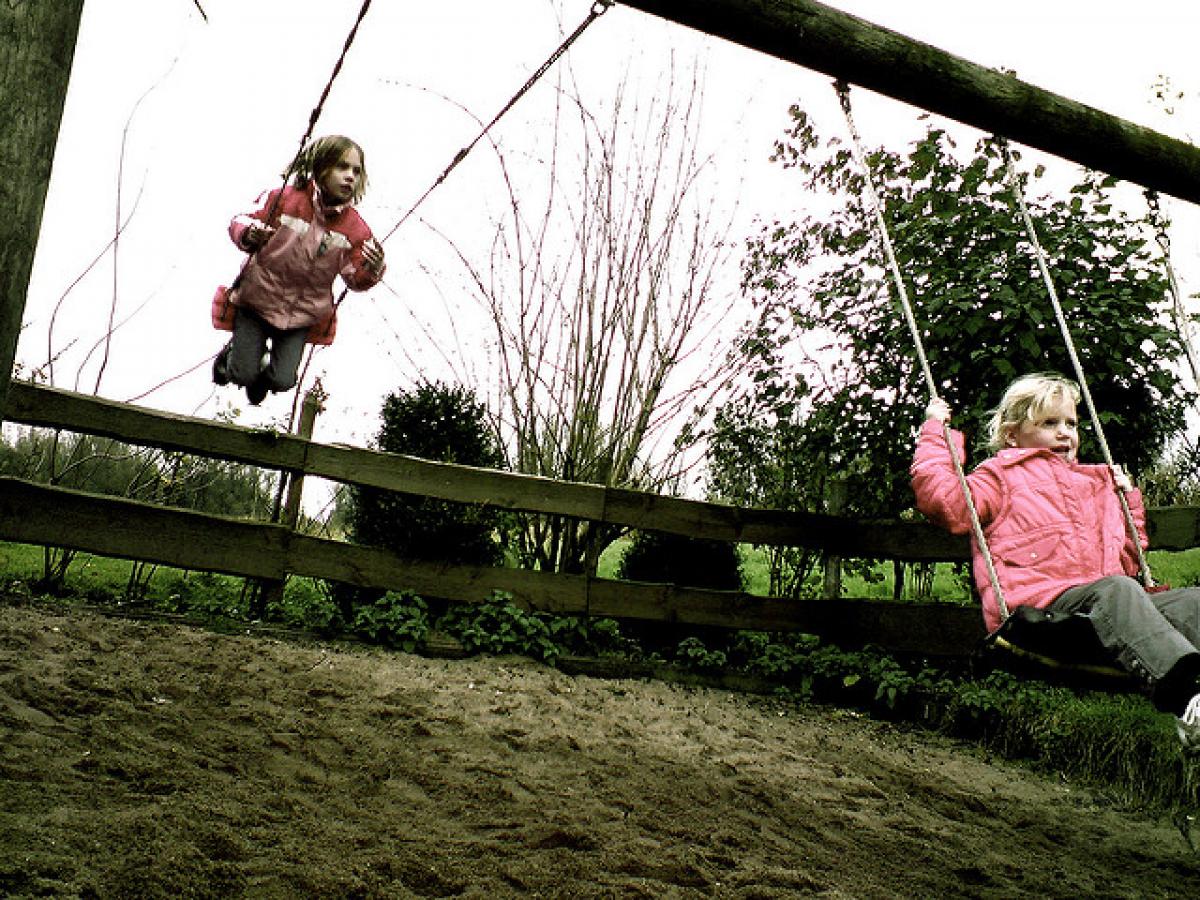 Dear parents! Let your kids play on swings to enhance their collaborative skills of how to get along with others by adapting to a situation, compromising with someone and working toward for a common goal.

Washington D.C: Dear parents! Let your kids play on swings to enhance their collaborative skills of how to get along with others by adapting to a situation, compromising with someone and working toward for a common goal.

University of Washington researchers found that synchronous movement of children on the swings can encourage preschoolers to cooperate on subsequent activities and developing collaborative skills.

The study is published online in the Journal of Experimental Child Psychology.

"Synchrony enhances cooperation, because your attention is directed at engaging with another person, at the same time," said Tal-Chen Rabinowitch.

"We think that being 'in time' together enhances social interaction in positive ways," Rabinowitch added.

The team sought to focus on movement alone and examined how children cooperated with one another afterward.

Cooperation -- adapting to a situation, compromising with someone else, working toward a common goal -- is considered a life skill, one that parents and teachers try to develop in a child's early years.

They built a swing set that enabled two children to swing in unison, in controlled cycles of time.

The pairs of four-year-olds -- who were unfamiliar to one another -- were randomly assigned to groups that either swung together in precise time, swung out of sync with each other, or did not swing at all.

The pairs in all three groups then participated in a series of tasks designed to evaluate their cooperation.

They found that the children, who swung in unison completed the tasks faster, indicating better cooperation than those who swung out of sync, or not at all.

On the button-push task, the pairs who had been swinging together showed a greater tendency to strategically raise their hands before they pushed the button so as to signal their intent to the other child, which proved to be a successful tactic for the task.

"For 4-year-olds, moving in sync can create a feeling of "being like" another child that, consequently, may encourage them to communicate more and try to work together, Rabinowitch explained.