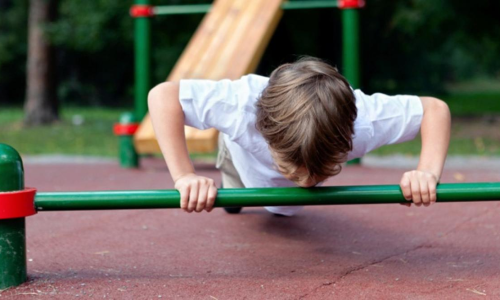 Exercise during childhood and adolescence may thwart some of the damaging effects of a high-fat diet such as obesity, heart disease and cancer, researchers have claimed.

Exercise during childhood and adolescence may thwart some of the damaging effects of a high-fat diet such as obesity, heart disease and cancer, researchers have claimed.

The findings, based on the mouse study, revealed that the bone has the capacity to retain "memory" of its effects long even after the exercise has stopped.

This bone memory then continues to change the way the body metabolises a high-fat diet.

"What was remarkable was that these changes lasted long after the rats stopped doing that extra exercise -- into their mid-life," said Justin O'Sullivan, a molecular geneticist at the University of Auckland in New Zealand.

"The bone marrow carried a 'memory' of the effects of exercise. The rats still got fat, but that early extra exercise basically set them up so that even though they put on weight, they didn't have the same profile of negative effects that is common with a high fat diet," he added.

Further, the study emphasised that childhood and adolescence are periods of rapid bone growth and exercise during this period may ensure a healthy adulthood.

"If you reach optimal bone mass early in life, you're less likely to suffer from broken bones or other bone-related problems as an adult," explained Elwyn Firth, Professor from the university's Liggins Institute.

For the study, published in the journal Frontiers in Physiology, the team compared the bone health and metabolism of rats across different diet and exercise conditions, zeroing in on messenger molecules that signal the activity of genes in bone marrow.

The results showed that in the rats with high-fat diet and an exercise wheel the early extra physical activity caused inflammation-linked genes to be turned down.

In addition, exercise was also found to alter the way the rats' bones metabolised energy from food, changing energy pathways that disrupt the body's response to a high-calorie diet, the researchers said.