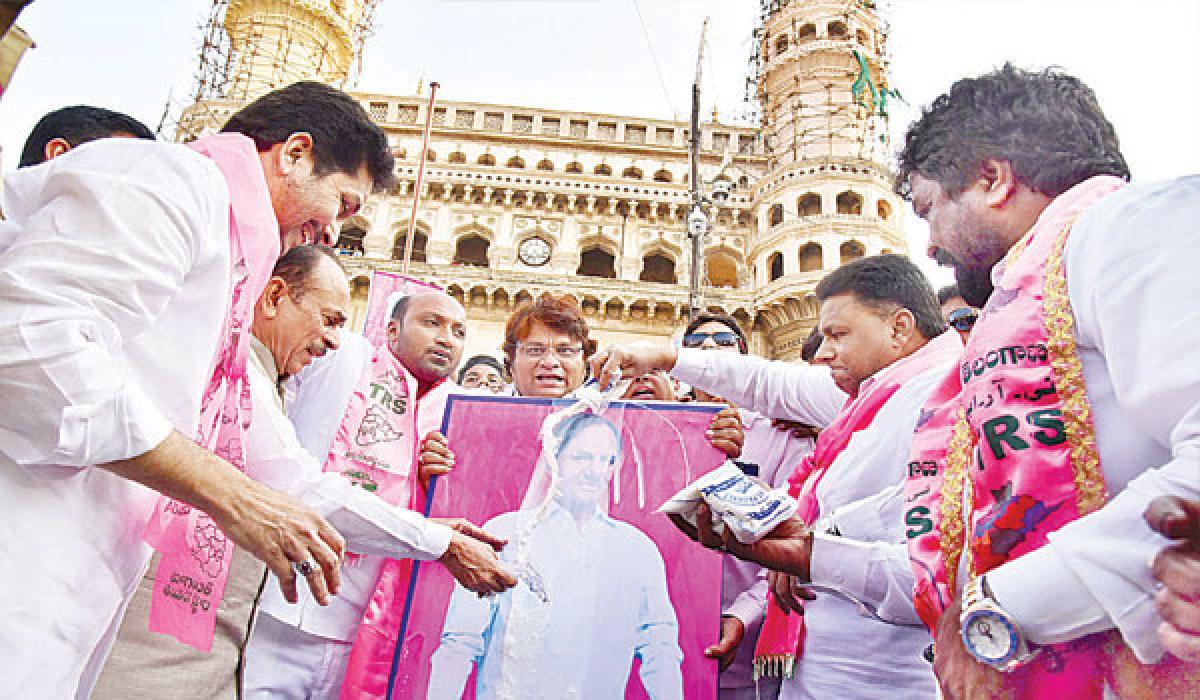 The Chief Minister said the State government was implementing several schemes and programmes for the development and welfare of Minorities and Muslim minorities in the State. He said no one should entertain any doubts over the hike in reservation quota for the Muslims.

Speaking on the occasion, the Chief Minister said. “Telangana State has the Ganga-Jamuna Tehzeeb. The State government was working with commitment for the welfare of minorities. Meanwhile, Rajeshwar Rao and Farooq Hussain, who were re-nominated as MLCs under the Governor’s quota by the State Cabinet also met the Chief Minister and thanked him.