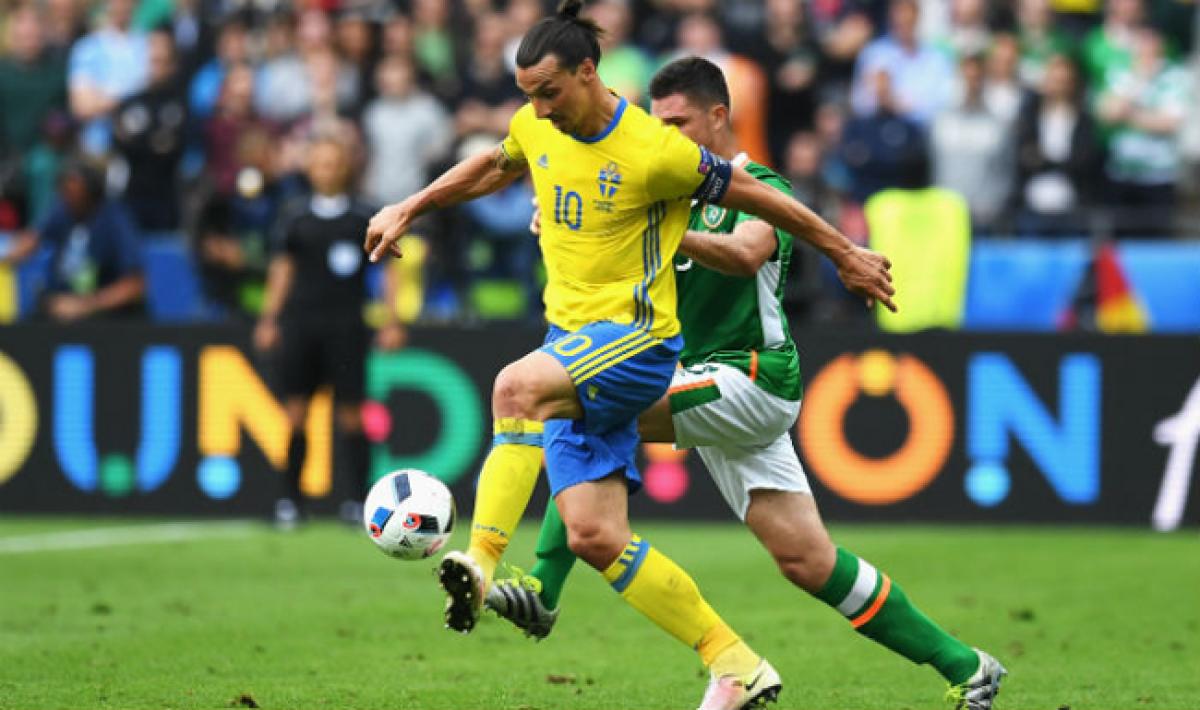 Sweden were held to a 1-1 draw by Republic of Ireland in a Group E encounter of the Euro football championship at the Stade de France here on Monday.

Sweden were held to a 1-1 draw by Republic of Ireland in a Group E encounter of the Euro football championship at the Stade de France here on Monday.

Midfielder Wes Hoolahan's 48th minute strike gave Ireland the lead but an own goal from Ciaran Clark helped Sweden restore parity in the 71st minute of the high-tempo contest.

Sweden's goalkeeper Andreas Isaksson was pressed into action early in the first half and he pulled out a top class save to deny Jeff Hendrik.

And a few minutes later John O'Shea failed to get a touch on the ball from close in and failed to give Ireland the lead.

Hendrik then hit the woodwork with a powerful shot in the 33rd minute as the Irish inched closer to the opener but they failed to do it before the breather.

Three minutes after the restart Ireland were finally rewarded for their persistence as Hoolahan unleashed a lethal volley which thundered into the net.

The goal was however, set up by Seamus Coleman, who left bamboozled his marker with his trickery and then planted in a delightful cross for Hoolahan.

Jolted, Sweden suddenly sprung into life. They created waves of attack but some poor finishing and hard luck saw them being denied the equaliser.

Just when it looked Ireland would grab all three points from the encounter Sweden captain Zlatan Ibrahimovic ran into space and delivered a dangerous ball into the box. Clark managed to push it into his own net instead of heading it to safety.

Although both teams pushed forward in numbers in last quarter, neither of them could go on and get the winner.