Bangladesh cricketer hospitalised after struck by a bouncer 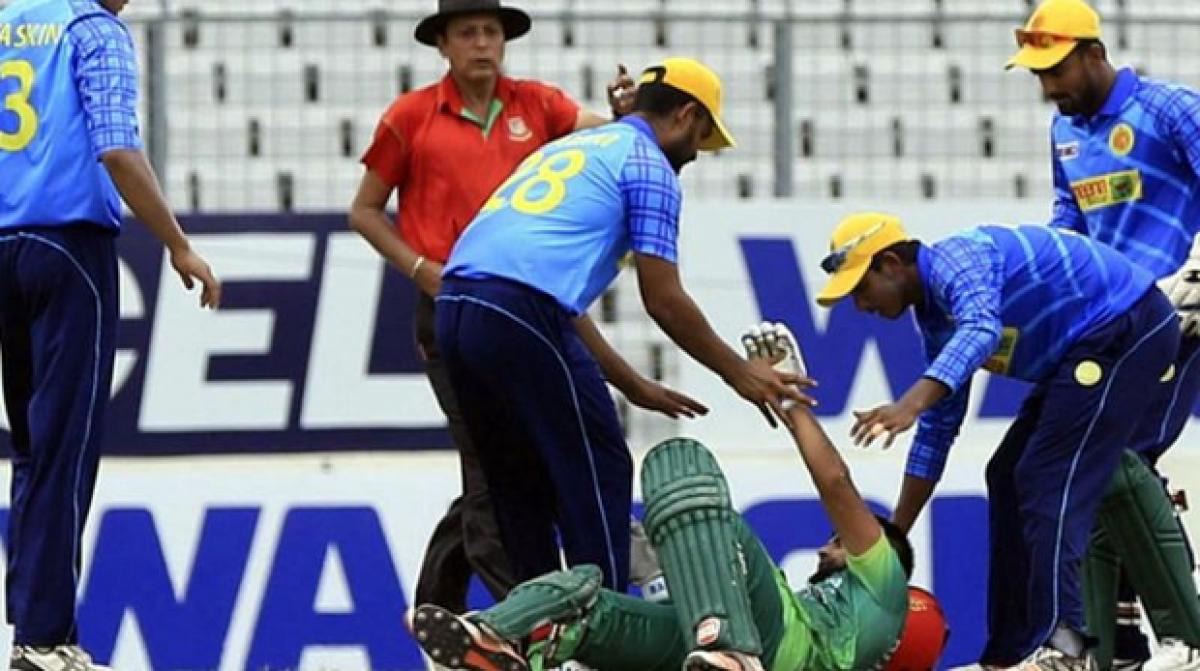 There was huge concern at Mirpur after Victoria Sporting Club cricketer Suhrawadi Shuvo suffered a blow on the lower side of his neck during a Dhaka Premier League on Saturday.

There was huge concern at Mirpur after Victoria Sporting Club cricketer Suhrawadi Shuvo suffered a blow on the lower side of his neck during a Dhaka Premier League on Saturday. Fortunately, Debashish Chowdhury —who is the chief physician of the Bangladesh Cricket Board (BCB) — has confirmed that the left-handed batsman is now out of danger.

The incident took place from a Taskin Ahmed bouncer in the 25th over in the match between Victoria Sporting Club and Abahani Limited. Shuvo is said to have expected the ball to bounce higher and couldn’t get out of the way in time. He was batting on 21* at the time.

He is out of danger. The CT scan and MRI showed that there has been no damage to his brain. He will be kept under observation for the next 24 hours at the hospital as a precautionary measure. He is stable now, but as with any head injuries, they will observe him for at least 24 hours. It would have helped if he was wearing the helmet with new safety regulations, but he wasn’t.

Despite the 27-year-old being stable now, Chowdhury also cautioned that there is some concern as he did not respond when the doctors put lights on his eyes. We make four instant tests in such a situation. He passed three of those, but he didn’t respond when we put light on his eyes. This is of some concern,” the physician said.