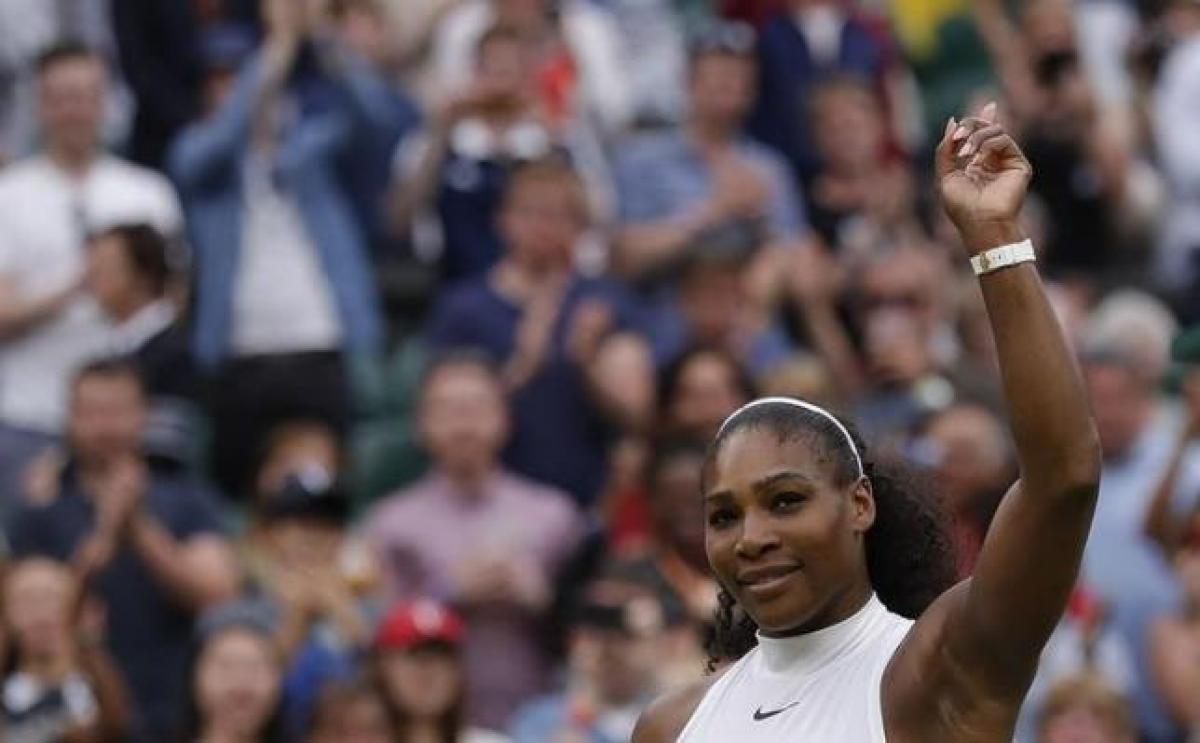 Serena Williams made the most of a break in her match against 13th seed Svetlana Kuznetsova on Monday, when the Centre Court roof was closed after she threatened to sue organisers if she fell and injured herself on the slippery turf.

Serena Williams made the most of a break in her match against 13th seed Svetlana Kuznetsova on Monday, when the Centre Court roof was closed after she threatened to sue organisers if she fell and injured herself on the slippery turf.

The world number one, who subsequently made light of the threat, began as if late for an Independence Day appointment, serving a succession of aces and then hitting a brace of groundstroke winners to break her opponent in the fourth game.

Bidding to equal Steffi Graf's professional-era record of 22 grand slam titles, Williams failed to keep up the momentum and found herself 5-4 down when the Russian broke with a crosscourt backhand winner that left the American sprawled on the ground.

But the Russian, herself a double grand slam winner and three-times Wimbledon quarter-finalist, failed to serve out the set.

With drizzle imminent, a ballboy losing his footing and both players complaining about the slippery conditions -- and with Williams threatening to sue if she got injured -- the match was suspended at 5-5 for the roof to be closed.

After the encounter the American said the comment was not meant seriously.

"What I say on the court, whether it's smashing my rackets, it's in the heat of the moment," said the American, who picked up a $10,000 fine for racket abuse in an earlier match at the tournament.

"I have no plans, no future of suing Wimbledon. Let's get serious. That's not what I do."

As well as having a chance to cool off, Williams was able to refocus her game with coach Patrick Mouratoglou and did not drop a single game after play resumed.

"I had a little time to think about it and just calm down... I think that really helped me out a lot. I talked to Patrick. He gave me some tips on what I could do," she said.

Kuznetsova beat Williams on a hardcourt at the Miami Open in March and, prior to the break, was more than holding her own. She frustrated the American by varying her pace well and mixing in slices and dropshots.

Whatever words of wisdom Mouratoglou imparted, the six-times Wimbledon champion was too hot to handle after the break, reeling off the last eight games in a 7-5 6-0 win.

The number one seed faces another Russian, Anastasia Pavlyuchenkova, in the quarter-finals, where she was joined for the first time since 2010 by older sister Venus.

"It's great," the younger Williams said. "She's been doing a lot of improvements. That's been really good for her and super encouraging for me."