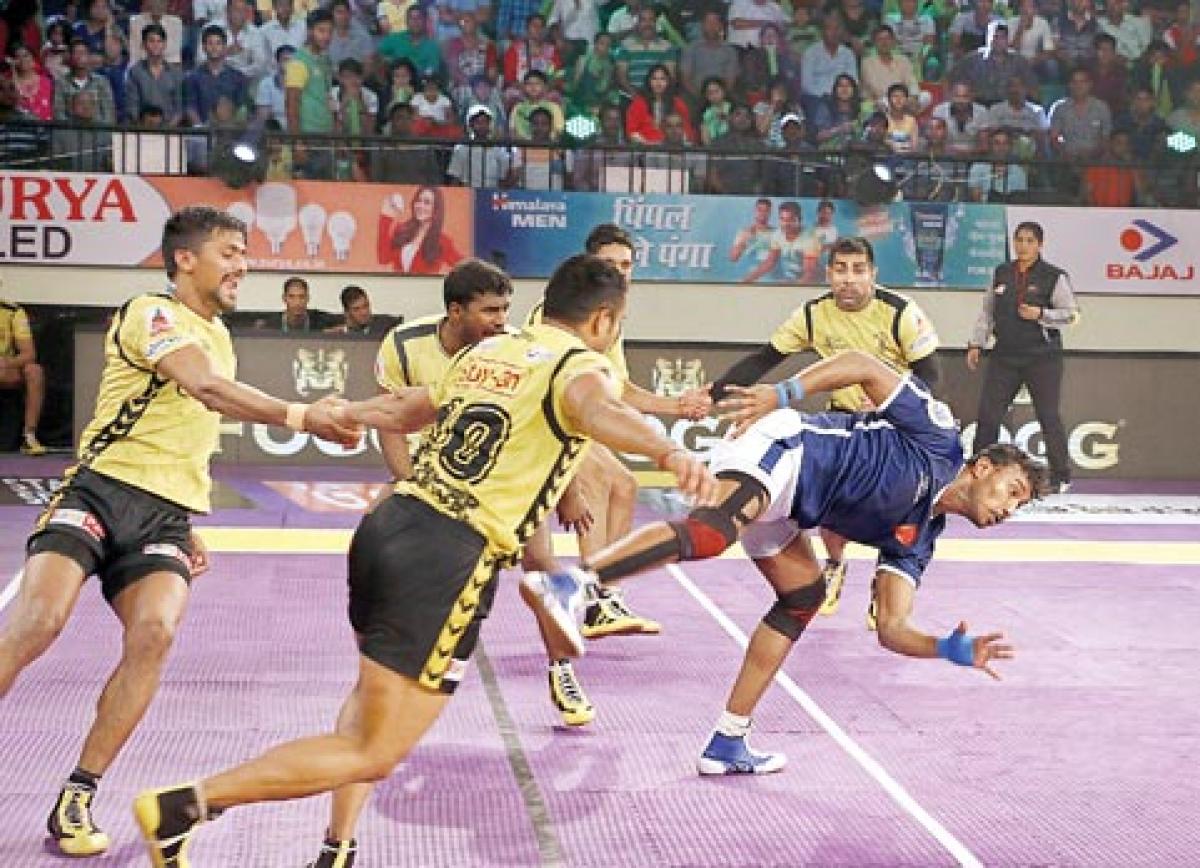 Delhi came into the game on a high of beating Patna Pirates but were brought crashing down to earth by Titans. Nilesh Salunke and Sandeep Dhull were the stand out performers for the Titans in attack and defence.

Rahul Chaudhry opened Titans' account with a raid in the 17th minute and their defence followed it up with a point to give them a 2-0 lead.

Rahul Chaudhry scored two raid points in the 11th minute as Titans led 7-3. They maintained their four-point lead and led 9-5 with five minutes to go in the first half as Delhi scored only two raid points. Delhi were looking a pale shadow of the team that beat Patna Pirates yesterday as they trailed 7-13 after 18 minutes. Telugu Titans led 14-7 at the end of the first half.