Fighter Federer will be back with a bang 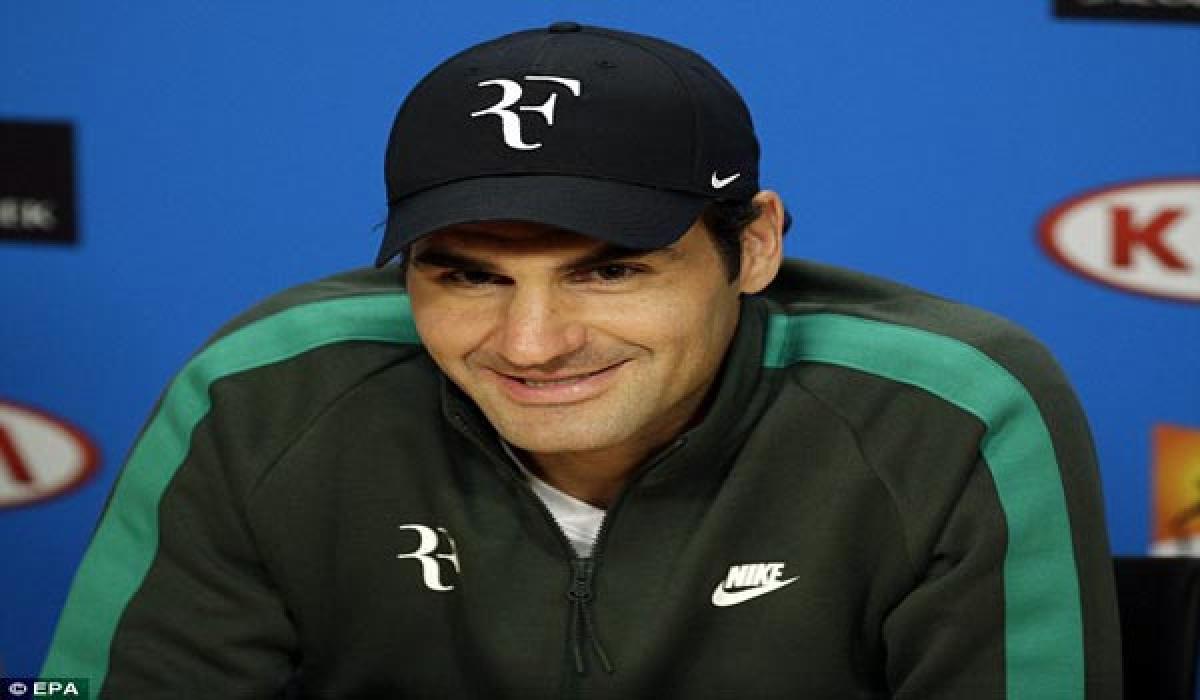 Federer’s career has been rather injury-free, barring a few seasons where he was plagued with injuries. Even then, he managed to awe millions of tennis fans all over the world, with his majestic artistry. But, as is normal with almost every tennis player, age caught up to him and the frequency of the injuries simply increased. 2016 was the culmination of all the damage that has been resisted for a

Federer’s career has been rather injury-free, barring a few seasons where he was plagued with injuries. Even then, he managed to awe millions of tennis fans all over the world, with his majestic artistry. But, as is normal with almost every tennis player, age caught up to him and the frequency of the injuries simply increased. 2016 was the culmination of all the damage that has been resisted for a long time. He’s 9 days from being 35; and understandably so, his body couldn’t take it anymore.

His recurring back injury, the one that has been acting as a villain ever since 2008, was at its worst this season. Further, more injuries began to let themselves be known as 2016 rolled on. His worst problem in 2016 was probably his knee injury. An unusual one, given the fact, it happened when he was preparing to bathe his twin daughters; which he later agreed to. He heard a simple “click” in his knee and he knew immediately that something was wrong. As a result, he had to withdraw from notable tournaments like Indian Wells Masters. Though he began his clay court campaign in Monte Carlo Masters, it was cut short due to the recurring back injury. It forced him to withdraw from Roland Garros, as a result of which, his run of consecutive 65 appearances in a major broke down.

But, the knee injury kept being troublesome and a nasty fall on court led to another injury timeout and eventual loss against Milos Raonic in the Wimbledon semi-final. Nobody, probably not even Federer and his team could have contemplated that the loss would bring the curtains down on his 2016 campaign. On July 26th, Federer posted on his Facebook page, a heartfelt apology tohis fans. “The love I have for tennis, the competition, tournaments and of course you, the fans, remains intact,” he wrote.

Roger’s playing style can sometimes have adverse effect on his back, especially while serving. But his envious track record, when it comes to injuries, has been primarily due to his mind-numbing fitness – the one that makes him unique and sets him apart from his contemporaries. A total of zero mid-match retirement, is worth a record, isn’t it?

A smooth game, complemented by occasional big groundstrokes has served him pretty well. Being touted the greatest of all time is one of the major accolades. And so is, one of the fittest of all time. And that brings us right back to the point. Why did Federer get injured so frequently this year, despite his bright “almost-injury-free” career? The reasons being – age; and, the increasing amount of physicality and power that’s being adhered into the sport.

A player of Federer’s caliber would have adapted to it very well, had he been 24 right now. But, he’s 34 and it is not only difficult to adjust at such an age, but also unfair to ask of him to do so. And when a tennis player is past 29-30, the rate of recovery from an injury gets a lot worse. Federer is 34, for that matter. As has been aforementioned, 2016 was simply the year when Federer couldn’t resist anymore. That he didn’t break down earlier, and only did so at 34 (when most players retire at 32-33) is yet another souvenir for the Swiss Maestro.

Federer’s decision was indeed a thoughtful one; one that ought to make you rethink on what Federer’s priority is! He’s always said that winning an Olympics singles gold has been one of his top priorities. His Olympics achievement may include a gold at doubles, but only a silver in singles. This might not have been his best chance to have a go at the gold medal, but was probably his last chance to do so. Also, tennis fans were preparing themselves to witness a duo of massively popular individual players in their respective fields, to join hands in Mixed Doubles – Roger Federer and Martina Hingis. But, if we think about it, Federer and his team proved again that he doesn’t care about titles.

He wants to play the sport for as long as he can because of his immense love for the sport. In his Facebook post, he said that, “I have made the very difficult decision to call an end to my 2016 season as I need more extensive rehabilitation following my knee surgery earlier this year. The doctors advised that if I want to play on the ATP World Tour injury free for another few years, as I intend to do, I must give both my knee and body the proper time to fully recover. It is tough to miss the rest of the year. However, the silver lining is that this experience has made me realize how lucky I have been throughout my career with very few injuries.” - a clear message, which means he doesn’t plan on hanging up his boots, yet.

So, let’s come to the burning question in ATP right now! What’s next in store for our beloved RF? Well, as ATP’s ranking is structured, he’d end 2016 with an accumulated total of 2130 points, meaning, he would end up around 15/16 by the end of the year. And that implies, he might end up facing any one of the current top 3 in ATP – Novak Djokovic/ Andy Murray/ Milos Raonic. He could use his protective ranking to be in a safer position, but, Swiss Davis Cup captain and Federer’s coach Severin Luthi – oozing in confidence - dismissed any such idea, saying “Federer will be in a position to beat anyone. Rankings don’t matter much.” Also, he mentioned that Federer would not be undergoing any surgery on his knee.

Federer’sknee is hurting and his return to top-tier tennis might seem impossible right now, but he is a fighter and he’ll be back. He wants to play for a few more years and he will, unless injuries keep coming back. And now just the current top 3, but also the other veterans, including Nadal would pose threat. Moreover, way too many youngsters (the likes of Dominic Thiem, Nick Kyrgios, Alexander Zverev) have been on the rise this season and it’s only expected that they would get even better in the next. Federer would have to deal with them as well, and with age not being on his side, he’d have to face a big hurdle next season. The elusive 18th Grand Slam title might not become a reality, but he’ll surely give stern tests to others when he comes back.

He has talked about playing his natural aggressive tennis when he is back, and that would mean, more success on the hard courts and lesser on clay, maybe another good Wimbledon run and more problems with his back.
At this point, it is almost impossible to predict what the future has in store, but one thing is for sure, all eyes would be on Roger Federer and he knows that too. Since he’ll be 35 and a half next year, expectations should be kept in check because it’ll be more difficult for him than it’s ever been, due to this long injury layoff. Then again, he is the Maestro of tennis - he can be down for a bit, but it’ll be foolish to count him out just yet.