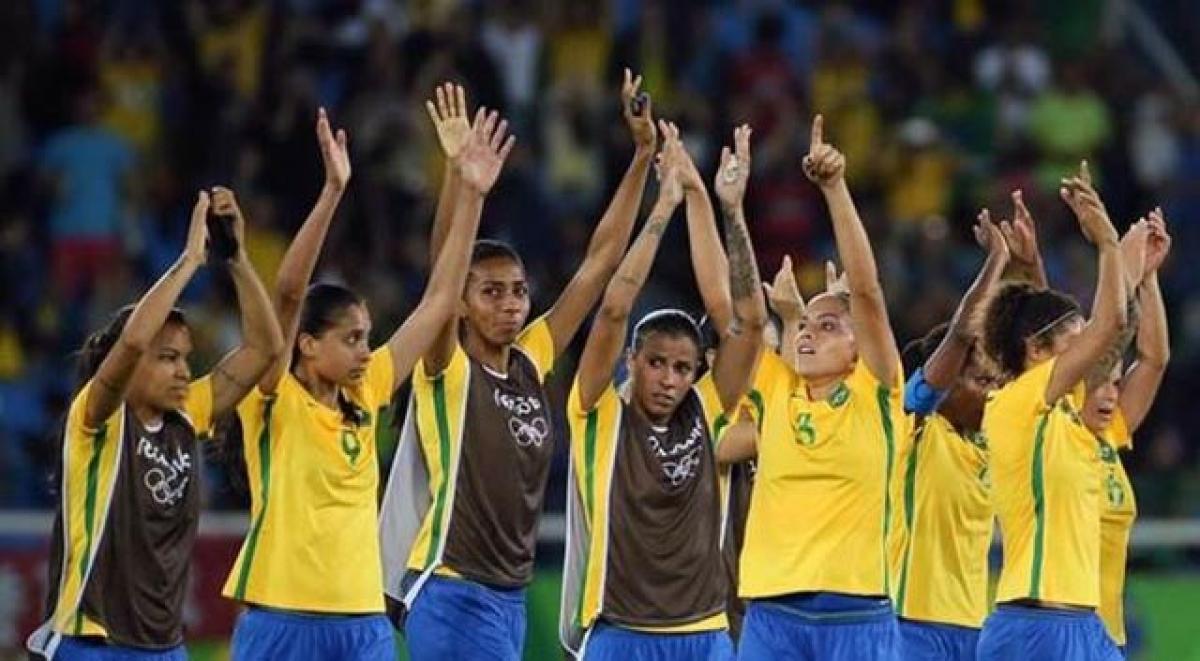 Brazil got off to a winning start in their home Olympics on Wednesday when the women\'s soccer team beat China 3-0.

Rio de Janeiro: Brazil got off to a winning start in their home Olympics on Wednesday when the women's soccer team beat China 3-0. Although the opening ceremony takes place on Friday, the soccer competitions began ahead of time with six women's matches on Wednesday and another eight men's games on Thursday.

Brazil put on a commanding performance in front of their home crowd at the Olympic stadium in Rio de Janeiro. Defender Monica headed home the first 10 minutes before half-time and Andressa Alves got a second with a volley from close in after 59 minutes. Stand out performer Cristiane got a third with a header in the final minute of the game.

The result leaves them top of Group E ahead of Sweden, who beat South Africa 1-0. Nilla Fischer scored Sweden's winner after 74 minutes, bundling the ball into the net with her knee after the South African keeper failed to hold a cross.

In the second game in Group F, Canada beat Australia 2-0 in spite of playing most the game with 10 women. Canada got the first goal after 16 seconds and then added another 10 minutes from time, even after having Shelina Zadorsky sent off after 18 minutes.

Germany hammered Zimbabwe 6-1, with Melanie Behringer getting two goals for the Germans and Kudakwashe Basopo scoring Zimbabwe's first goal at an international tournament. The Germans were 2-0 up at half-time before they moved up a gear and ended up easy winners in Sao Paulo.