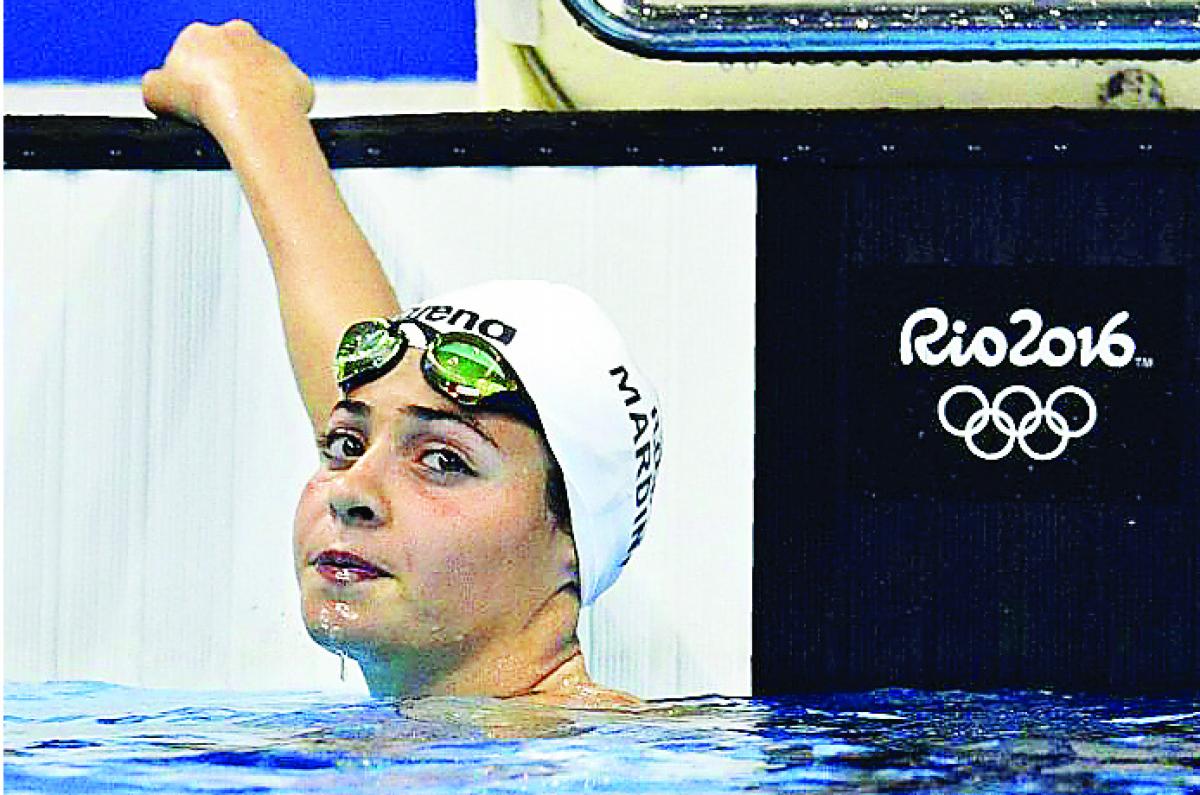 Sarah Sjostrom of Sweden had the top qualifying time of 56.26 seconds.Mardini will compete is a second individual event Wednesday when she swims the women\'s 100-meter freestyle.

Rio De Janeiro : Swimmer Yusra Mardini, who survived a harrowing sea crossing a year ago and is now among 10 refugees competing under the Olympic flag in Rio, won her preliminary heats in the 100-meter butterfly.

But the result wasn't enough to advance her to the semifinals.Mardini's time of 1:9.21 put her 41st overall in the preliminary round on Friday, and only the top 16 swimmers moved on to the late-night semifinals.

Sarah Sjostrom of Sweden had the top qualifying time of 56.26 seconds.Mardini will compete is a second individual event Wednesday when she swims the women's 100-meter freestyle.

Mardini was a competitive swimmer in Syria until she fled the war with her sister last August and survived a hazardous crossing on the Aegean Sea to reach Europe.
The Mardini sisters had been among Syria's brightest swimming stars and their family had been moving around to avoid the fighting so they could continue swimming.
But the war intensified and eventually the decision was made to leave altogether.

The sisters joined a wave of Syrian refugees who left Damascus last summer.They made their way to Lebanon and then Turkey, where they paid smugglers to take them to Greece. Their first attempt was thwarted when Turkish coastguards drove their boat back so they tried again, boarding a small inflatable dinghy at dusk.
All but three of the 20 people crowded on the dinghy couldn't swim. Within half an hour, the boat was taking on water.

The passengers' bags were thrown overboard in an effort to stay afloat as wind churned up the Aegean Sea. But it wasn't enough. As a last resort, the Mardini sisters and another strong swimmer jumped into the water to give the boat more buoyancy.

For 3 1/2 hours they clung to the side of the small boat until it reached the Greek island of Lesbos. A weekslong overland trek followed through Macedonia, Serbia and Hungary.
They had to hide from police in cornfields to reach Hungary.Eventually, the sisters made it to Austria and then Germany, where they have since been joined by the rest of their family in Berlin.