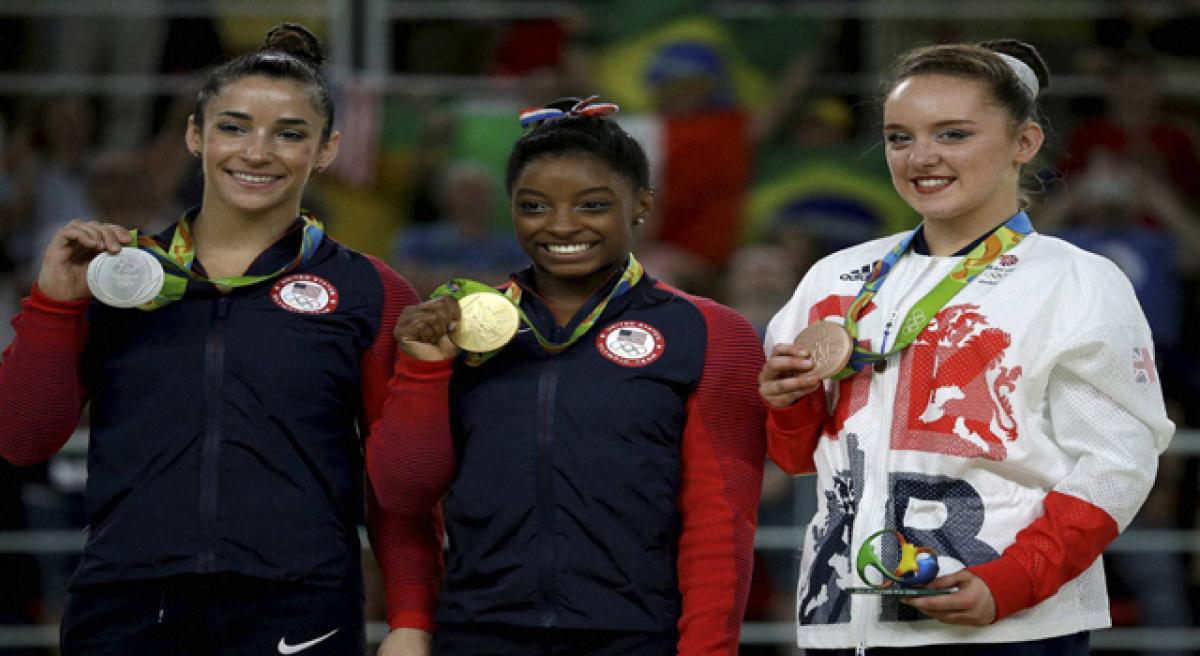 A day after a wobbly performance on the balance beam ended the American\'s hopes of leaving Rio with a record haul of five golds for a female gymnast, she was back on form to capture the floor title with 15.966 points.

A day after a wobbly performance on the balance beam ended the American's hopes of leaving Rio with a record haul of five golds for a female gymnast, she was back on form to capture the floor title with 15.966 points.

Aly Raisman completed a one-two for the United States by earning 15.500, while Briton Amy Tinkler burst into tears after a crowd-pleasing floor display to Kenny G's version of the song "Oh, Pretty Woman" earned her the bronze. However, there was no doubting who was the star of the show.

A sultry routine full of hip-swinging moves to samba music had the Brazilian crowd on their feet as she flew high into the air to execute her trademark element, a soaring double layout with half-twist at the end.

Cries of "oohs" and "aahs" accompanied each of her complex tumbling passes, she drew gasps of admiration as she balanced her entire body weight on her right toes while spinning around twice and had the audience roaring their approval as she bounced her bottom off the floor to strike her final pose.

The ear-to-ear grin, which had disappeared on Monday after she ended up with bronze on the beam, was back on show again and Biles gave the crowd a thumbs up as she waited for her score.

The mark that did flash up not only earned her a fifth medal at her debut Games, it was also the highest score of her four floor performances over the past 10 days.

The 19-year-old team, all around, vault and floor exercise champion became the first woman in 32 years, and fifth overall, to win four golds at a single Games.