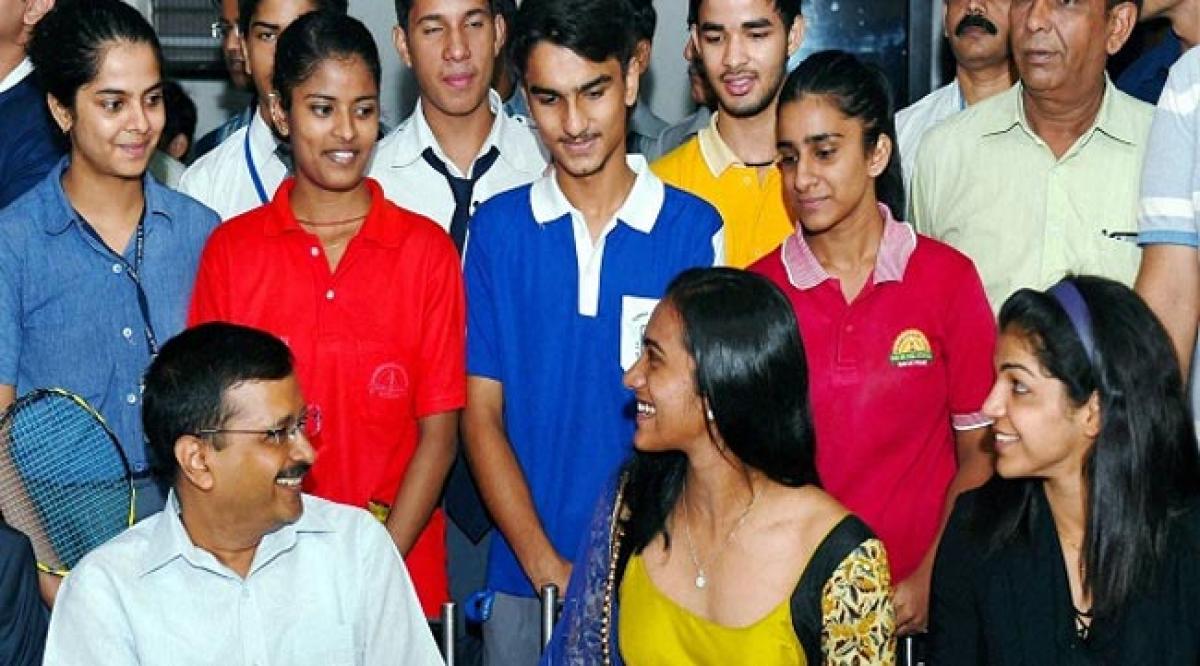 Hyderabadi badminton player Sindhu had won a silver medal and wrestler Sakshi from Haryana bagged a bronze medal at the Rio Olympic games.

"You have set a high benchmark for the women, youth and sportspersons in India. P.V. Sindhu and Sakshi Malik have honoured the entire country," Kejriwal said at the felicitation programme.

Kejriwal also lauded the efforts of coaches and other participants at the Rio Olympics 2016 for their hard work and dedication.

"We are grateful to Sindhu and Sakshi's coaches for guiding them through this success," Kejriwal added.

Kejriwal also gave away cheques of Rs 5 lakh each to coaches Pullela Gopichand and Mandeep Singh for Sindhu and Malik's success.

"Important steps will be taken with the advice of Gopichand in order to encourage sports with the help of adequate basic infrastructure."

While expressing her gratitude to the Chief Minister for encouraging sportspersons, Sindhu said, "It is a privilege to be here today (Wednesday). When we were at Rio, we weren't carrying our phones and had no idea what was happening at home. When we returned to India, everyone told us that they had been glued to their TV sets for our matches."

"Thank you for all the love and support," she added.