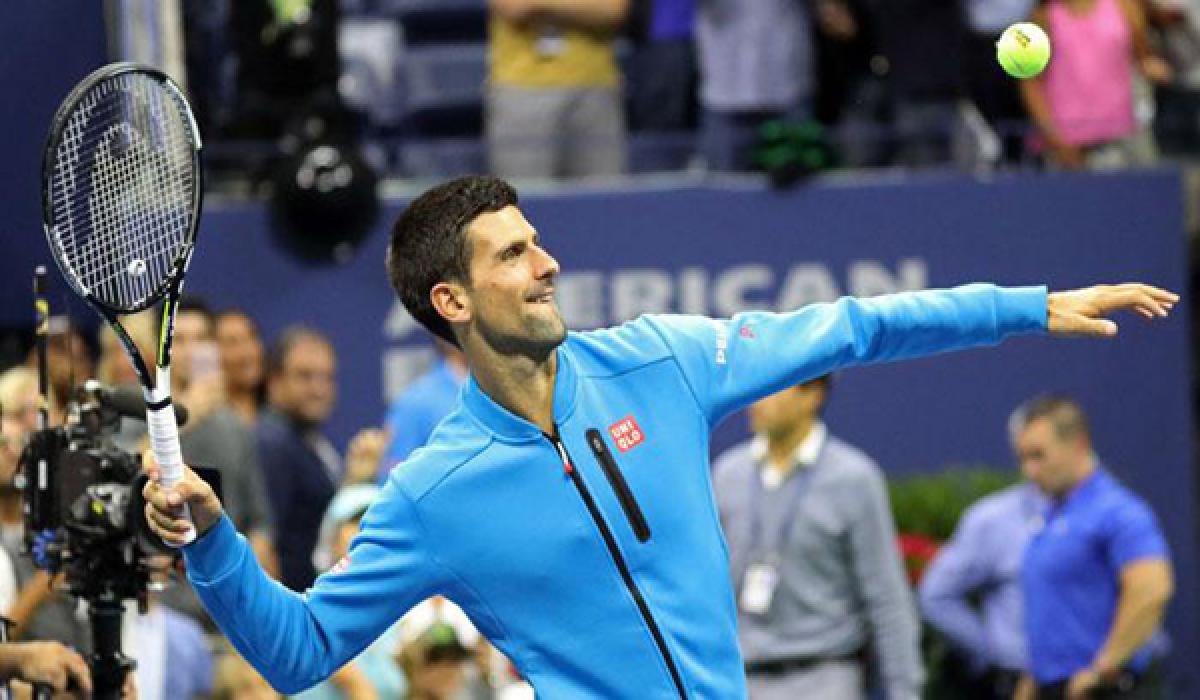 Novak Djokovic\'s strange US Open took another bizarre turn as he advanced to the semi-finals on Tuesday when Frenchman Jo-Wilfried Tsonga retired at the start of the third set, trailing 6-3, 6-2. Tsonga took a medical timeout during the changeover at 5-2 of the second set and had the area below his left knee taped.

New York:Novak Djokovic's strange US Open took another bizarre turn as he advanced to the semi-finals on Tuesday when Frenchman Jo-Wilfried Tsonga retired at the start of the third set, trailing 6-3, 6-2.

Tsonga took a medical timeout during the changeover at 5-2 of the second set and had the area below his left knee taped.

World number one Djokovic held serve to love to close out the set and the Frenchman walked off, giving the Serbian passage into the last four for a 10th consecutive time.

It has been an unusual tournament for Djokovic who has played only two full matches. He was gifted a walkover in the second round and a retirement after six games in the third before Tsonga.

"I'm in the semifinals, so that's what matters for me the most," Djokovic told reporters after 83 minutes in Arthur Ashe Stadium.

"I know Jo for a long time, we grew up playing in the junior circuit as well. He's a fighter, he's somebody who loves the big stage. This is something I'm sure he didn't wish for."

The first five games progressed on serve to offer promise of a big-hitting battle.

But Tsonga wobbled in the sixth game, committing three double faults to lose serve, the first of three successive breaks that left the Serb with a 5-3 lead.

From that point, Djokovic dominated.

Tsonga said when he felt pain in his knee, he knew it was over. "It's something I had already in the past," he said.

"When I have my knee, of course, it's already tough to play against one of the best tennis players.

"But when I don't have my knee, I have no chance to come back from two sets to love."

Australian and French Open champion Djokovic came to New York with question marks, having lost in the third round at Wimbledon and the first at the Rio Olympics while battling a nagging left wrist injury.

He was unfazed by his sparse time on court.

"In this stage of the season, considering some physical issues I have had ... this was the scenario that I needed and I wished for," he said.

"I got a lot of days off and recovered my body. Right now I'm feeling very close to the peak."

Djokovic will play for a place in the title decider against another Frenchman in 10th seed Gael Monfils, who beat compatriot Lucas Pouille in straight sets.

Monfils has yet to beat Djokovic in 12 career meetings.