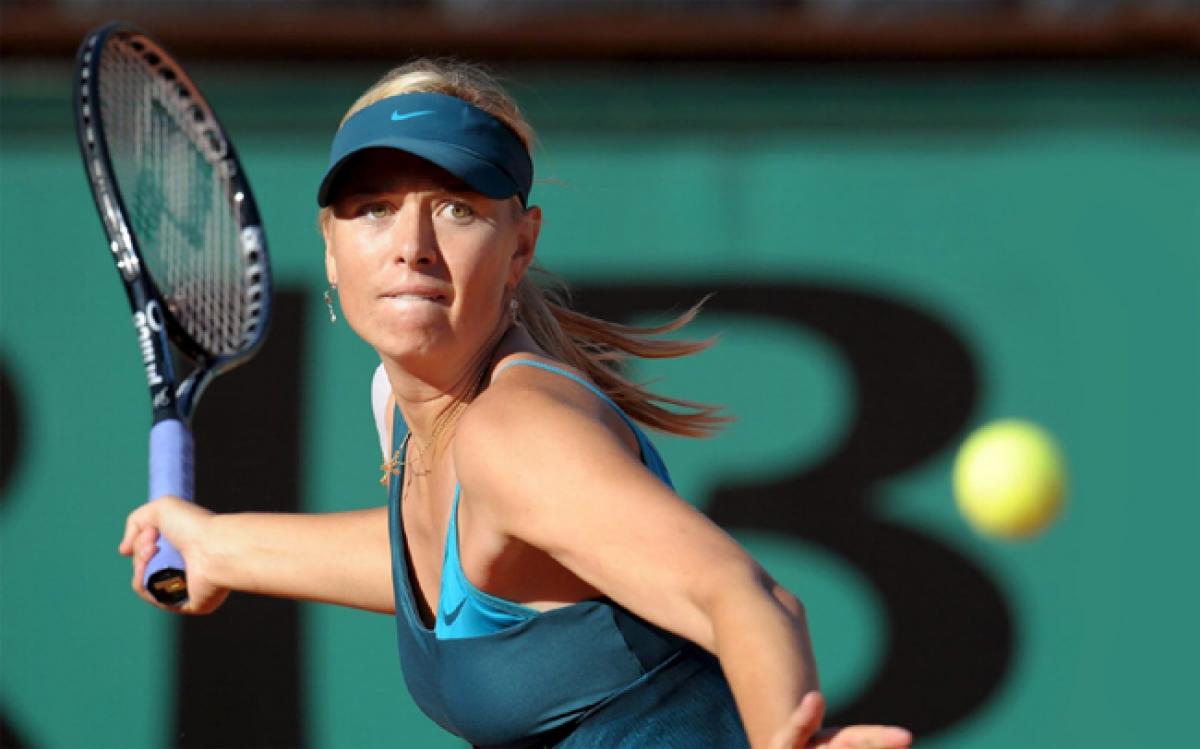 Maria Sharapova, targeting an April return to the WTA after the reduction of her doping ban, will try to start sharpening her game on Monday in the friendly confines of a charity event in Las Vegas.

Maria Sharapova, targeting an April return to the WTA after the reduction of her doping ban, will try to start sharpening her game on Monday in the friendly confines of a charity event in Las Vegas.

The Russian superstar will play in the World Team Tennis Smash Hits event at Caesars Palace, which is hosted by Billie Jean King and Elton John for the benefit of the Elton John AIDS Foundation.

Her appearance alongside such stars as Martina Navratilova and Andy Roddick will delight her legion of fans, who remain faithful despite the controversy Sharapova stirred last week with her charge that the International Tennis Federation wanted to make an example of her in her doping case.

"I got a 24-month suspension, but they (the ITF) wanted four years for me," Sharapova said in an interview with US broadcaster PBS, a claim ITF officials denied.

"I think the one thing that I'd love to see -- and if anyone could show me -- is evidence on the performance-enhancing effect that it has," she told the US sports network.

Sharapova's initial 24-month ban for testing positive for meldonium was cut to 15 months by the Court of Arbitration for Sport last Tuesday.

That CAS decision divided opinion among her peers.

"I can't believe it actually," Australian Samantha Stosur said at a tournament in Hong Kong, calling it "remarkable" that Sharapova's ban was reduced on the argument she didn't realise a drug she'd long used had been added to the banned list.

Stosur, in comments reported in Tennis Magazine, said she thought most WTA players felt the same.

"So I wouldn't imagine there's a whole lot of support from the playing group," the Aussie said.

But five-time Grand Slam champion Sharapova can likely expect a warm welcome in Las Vegas, where she'll arrive after a stop-off in Henderson, Nevada, to promote her candy company Sugarpova.

"Important to put this behind us for tennis and Maria," King tweeted after Sharapova's ban was reduced. "Look forward to her return to the WTA [email protected]"

Navratilova added on Twitter: "A big price to pay for a big mistake, it will still be hard to come back for Maria. But we know how tough she is..."