MS Dhoni and Virat Kohli took the game away from us: Jimmy Neesham 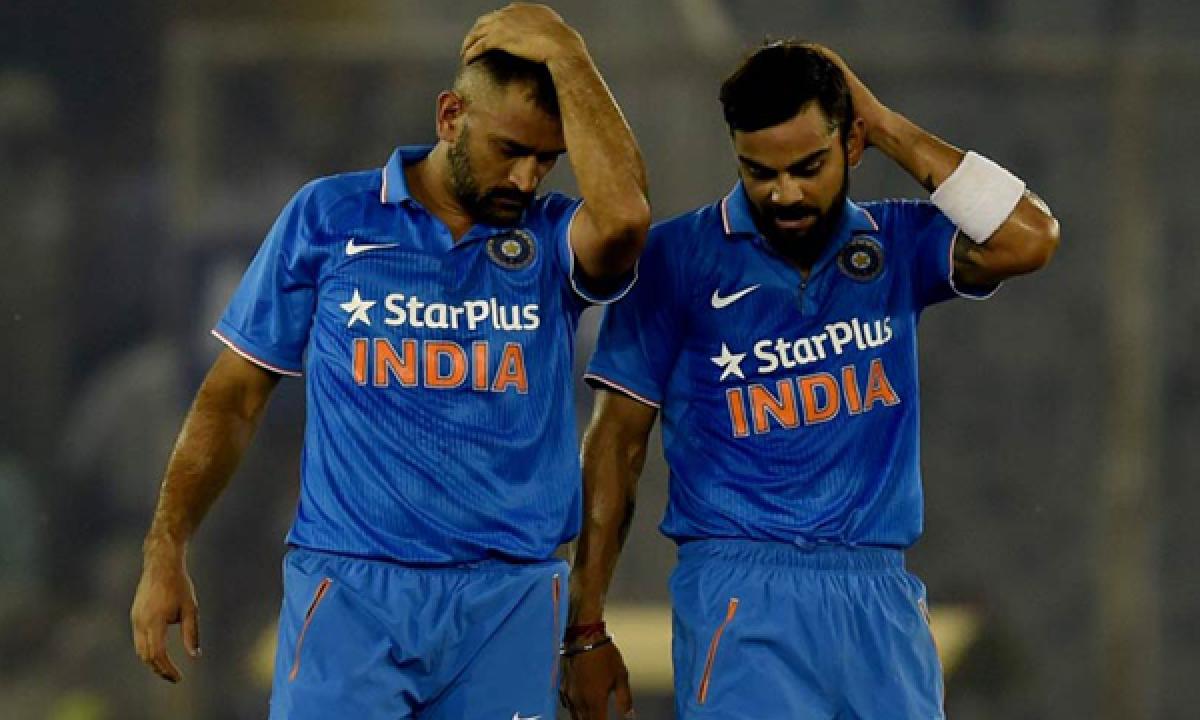 New Zealand all-rounder Jimmy Neesham feels his team was simply outdone by the brilliance of Virat Kohli and Mahendra Singh Dhoni in the third One-day International here. Neesham (57 off 47) helped New Zealand post 285 with a maiden half century down the order before Kohli made short work of the target to give India a seven-wicket victory yesterday night.

Neesham (57 off 47) helped New Zealand post 285 with a maiden half century down the order before Kohli made short work of the target to give India a seven-wicket victory yesterday night.

“I think we fought pretty hard with the bat in the first innings to get in the end what was probably a slightly below par total. To be fair, I don’t think we bowled that bad in the second half,” said Neesham referring to Kohli being dropped by Ross Taylor while he was batting on 6.

“The way Virat and M S batted was outstanding. When you are dealing with some of the best chasers in the history of the game, you got to have a bit of luck that goes your way. We had a couple of things that did not go our way,” he added.

“I think if we managed to get a wicket between the 40th over and the 45th over, we would be right in the game. But the way Virat batted, he took it away from us in the end. We will keep trying, we will keep putting the ball in good areas and hopefully in the next game it will come to fruition for us,” he said further.

Kohli played yet another special knock but it was his partnership with Dhoni that set up a fine win for India. Dhoni, who promoted himself to number four ahead of Manish Pandey, played freely from ball one.

Did that approach from the Indian captain take New Zealand by surprise?

“Not really,” said Neesham. “We know his modus operandi when he first comes in is often to chew up a few balls, get himself in and then back himself make up for that (dot balls) towards the end of the game. It is extremely challenging with just four fielders outside when a batsman comes out and starts playing shorts like that.”

Groundsmen were employed regularly in the evening to clear the dew and Neesham said the conditions were not so bad.
“It dewed up a little bit. It probably was not as bad as the second game (in Delhi). These are the conditions you expect to have in the subcontinent. We know how to deal with them.”

Talking about his 84-run stand for the ninth wicket with Matt Henry, Neesham said the plan was to last 50 overs after New Zealand collapsed to 199 for 8 from 153 for 2.

“Obviously it was an iffy situation in the first innings. Henry came out and we talked about batting full 50 overs and scrap for as many runs as we could get. We obviously got a boost in the end with a few fours and sixes. But I think another 10-15 runs might have made a big difference.”

New Zealand now trail the five-match series 1-2, giving away the momentum gained from an unexpected win in Delhi. Neesham summed up his experience of the India tour.

“The conditions have been quite challenging to us coming over. We have laid a couple of decent foundations and just like the Test series, the small periods have cost us the game.

“In the ODIs, the start as been challenging even for the Indian batsmen with the way pitches have been . You do a lot of work in the first 10 balls in your nets and sometimes it doesn’t come to fruition. But obviously the guys are not going to be changing their games half way through a one day series,” he added.