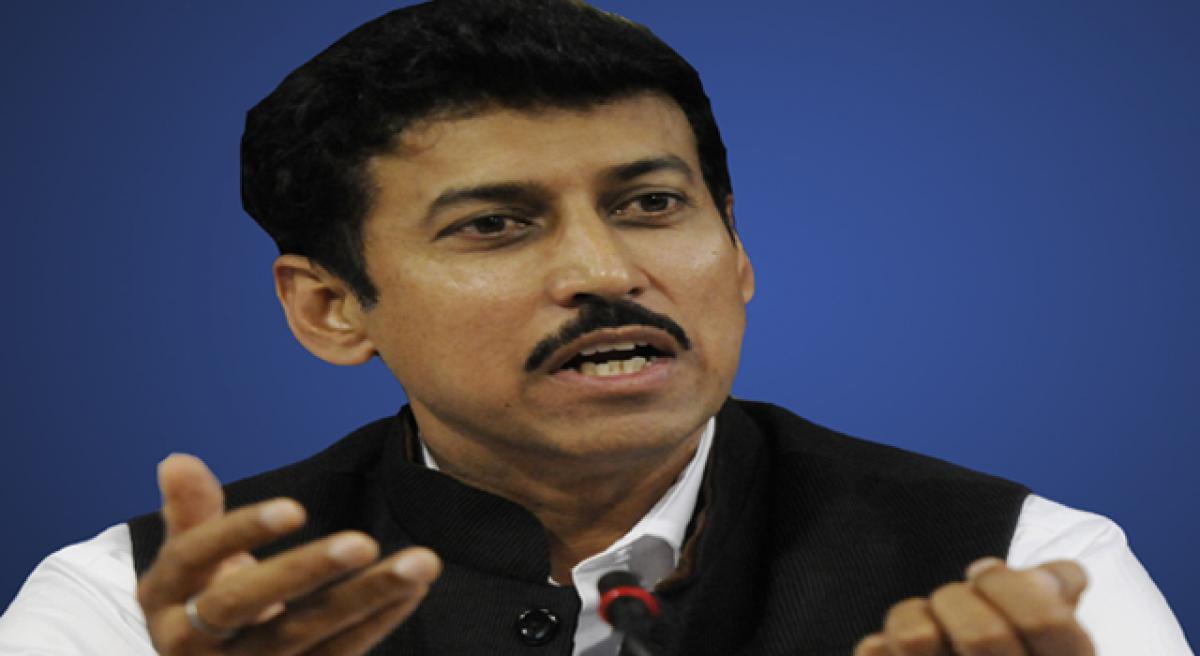 If we want to win medal in 2020 Olympics, it is important that all states prepare for it. We don't need excessive amount of funds but will power and concentration of effort.

There are 800 Arjuna awardees in this country and at least 50 percent will be active. We need to think about how we can use their experiences or ponder why we are ignoring them. There are many medal winners working in Railways, doing government jobs, whose passion can be utlised to nurture talent," he added.

Rathore, who was addressing the gathering during the 'Conference of Ministers and Secretaries of the States', said: "If the Union Government is preparing 50 athletes for 2020 Olympics and we all know who those 50 players are, similarly the States needs to prepare their top 50 athletes so that they make the Olympic team. There is a need of focussed energy."

The Minister of State for Information and Broadcasting also stressed on the need to align the system and professionalise the operations.We don't have spaces to play. If we can identify the empty spaces that are under some government agency in the country and give that ground to the former sportspersons to make their clubs, it will bring professionalism," he said.

It is important to have a club culture. It will create opportunity and encourage competition. Coach led athletes centric programs is very important.

We need to align the system. Corporates, ministries, everybody is willing to help but it is important to align the agencies and corporate sector. It is the responsibility of the State.We need to make the state sports federations more responsible. The operations have to be professional by having CEOs who would be responsible to the sports council."