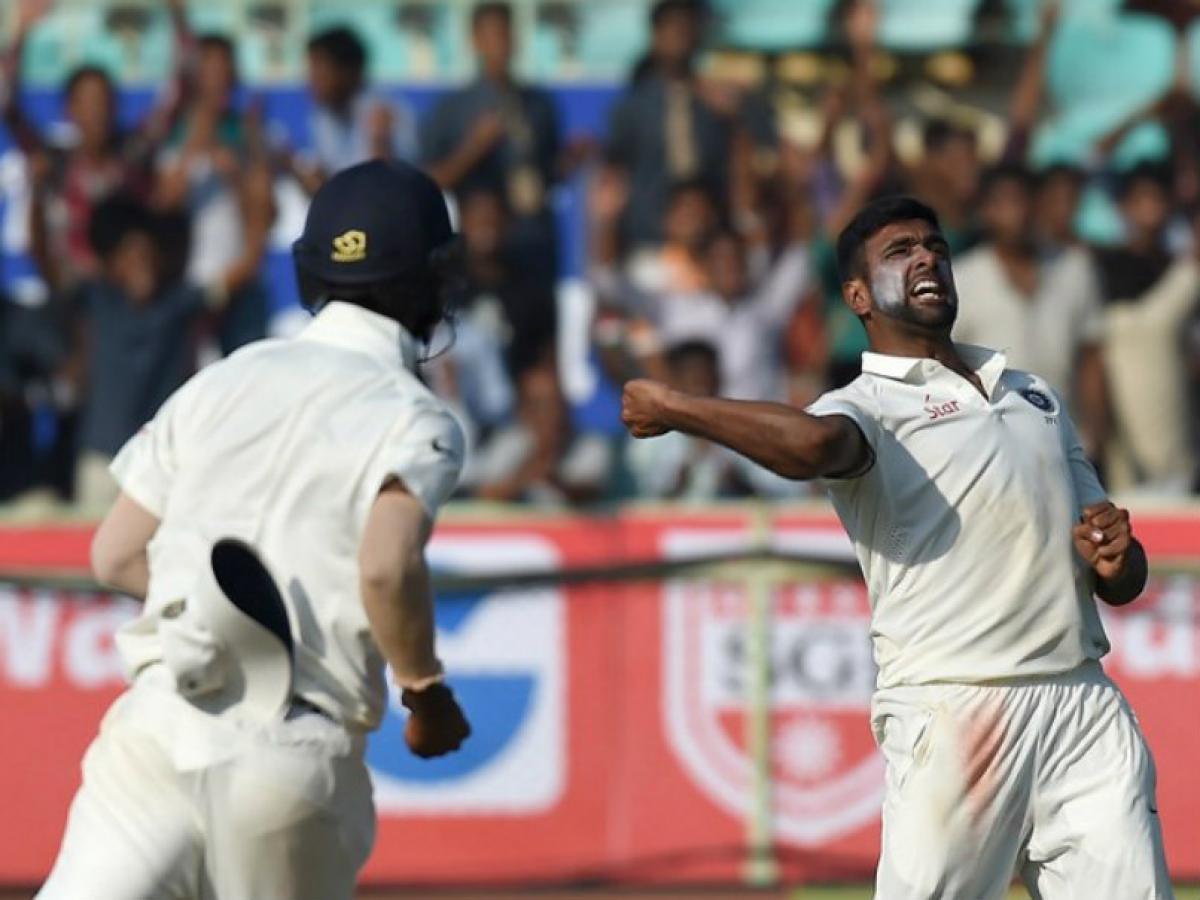 Umesh Yadav gave a crucial breakthrough after Ben Stokes and Jonny Bairstow defied India with a dogged 110-run partnership as England reached 191 for 6 at lunch in reply to India\'s first innings total of 455 on day three of the second Test here today (November 19).

Visakhapatnam: Umesh Yadav gave a crucial breakthrough after Ben Stokes and Jonny Bairstow defied India with a dogged 110-run partnership as England reached 191 for 6 at lunch in reply to India's first innings total of 455 on day three of the second Test here today (November 19).

England were bowled out for 255 with India leading by 200 runs. The hosts decided not to enforce the follow-on.

With about 10 minutes to go for the lunch break and India desperate for a wicket, Yadav finally gave the day's first breakthrough when he cleaned up Bairstow (53) with a brilliant full-length delivery.

That crucial wicket was the only high for India in an otherwise lacklustre opening session where they missed a stumping and unsuccessfully used up their second Decision Review System (DRS) appeal.

At the break, England still trail by 264 runs with four wickets in hand with Ben Stokes batting on 55 (129 balls; 8x4) with Adil Rashid (1 batting) who was sent ahead of Zafar Ansari who was ill last night.

Resuming the day at 103 for 5, England added 88 runs from 32 overs in the morning session at the expense of one wicket. Having completed his 12th Test fifty with a boundary against Yadav a couple of overs ago, Bairstow was beaten by the pace of the delivery as he tried to work the ball away before it cannoned into his leg stump that went flying.

Barring that lone success, the morning session clearly belonged to the English left-right duo of Stokes and Bairstow. In the process, they became the most-prolific English pairing in 2016, getting past Alastair Cook and Hales. Having tripped over his ankle while walking out to bat, Bairstow defied pain and played beautifully in his 152-ball innings which had five fours.

He looked fully confident against Yadav against whom he brought up his fifty, driving the ball to the boundary which also brought up the duo's 100-run partnership in 238 balls. With his fifty, Bairstow also joined AB de Villiers (in 2013) as the player with most 50-plus scores in a calendar year.

At the other end, Stokes was in the middle of one of his slowest innings taking 108 balls to reach his eighth Test fifty and made full use of his stroke of luck that began with yesterday when he was bowled without the bails being dislodged.

Early on, India unsuccessfully reviewed, on R Ashwin's call, an LBW decision against Bairstow in the fist ball of the off-spinner's first over. Bairstow got one to sweep with a not-out verdict but an overconfident Ashwin showed the 'T' sign without consulting his captain Virat Kohli as the ace off-spinner had a not-so-impressive first session.

Then, in the 55th over, Wriddhiman Saha failed to gather the ball cleanly with Stokes' backfoot out of the crease as a stumping opportunity, when the batsman was on 24, was missed.