India lose to NZ, crash out of title race 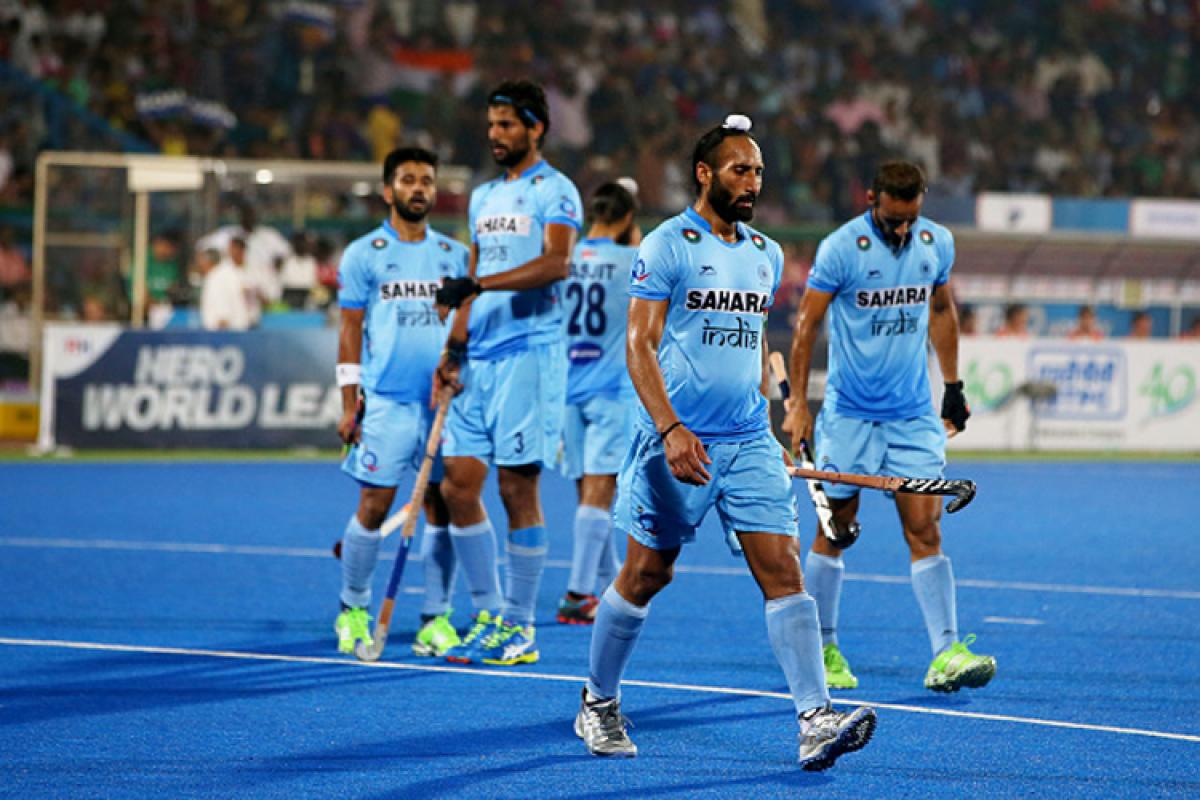 Indian men\'s hockey team lost 2-3 to New Zealand in a hard fought encounter to crash out of the title clash at the four-nation Invitational Tournament, here today.

Melbourne: Indian men's hockey team lost 2-3 to New Zealand in a hard fought encounter to crash out of the title clash at the four-nation Invitational Tournament, here today.

India's both goals came from the sticks of dragflicker Rupinder Pal Singh (18th minute and 57th).

The Indians started on an attacking note and had the better share of the possession in the first quarter.

In the first 15 minutes, India penetrated the opponent circle many a times but failed to get a clear shot at the goal.

In fact, it was New Zealand who came closest when Nick Ross; reverse hit from the top of the box was kept away by an alert Akash Chikte in front of the Indian goal.

The Indians picked up the pace in the second quarter and pressed hard. The move paid dividends in the 18th minute when Akashdeep Singh earned a penalty which was dully converted into a goal by Rupinder.

Despite repeated efforts from both the sides the scoreline remain unchanged as India went into halftime with a one goal cushion.

After the change of ends, New Zealand had the first shot at the goal but once again Chikte came to India's rescue to deny Matt Rees-Gibbs at the far post.

Nikkin Thimmaiah then shot high from top of the box, after a superb bit of improvisation.

The final quarter was action packed as New Zealand hit back with two quick goals, first by Nick Ross in the 47th minute before Jacob Smith gave them the lead in the next minute.

Trailing for the first time in the game, India went all out attacking and in the process left gaps in their backline which New Zealand exploited to extend their lead through Hugo Inglis' strike in the 57th minute.

Rupinder, however, pulled one back with a penalty corner conversion almost from the restart to take goals tally to five in the tournament.

In the final minutes, India created several opportunities to draw level but New Zealand did enough to hold on to the lead.