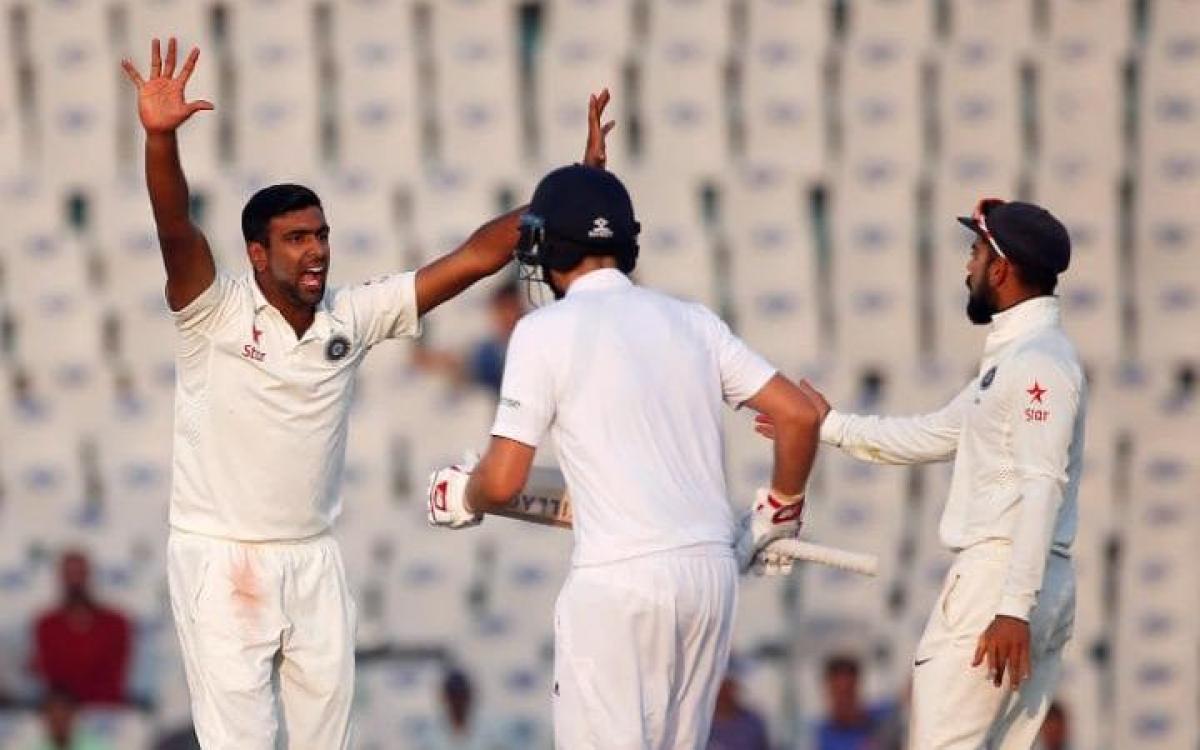 India snapped up three early wickets before England moved to 352 for seven at lunch on the second day of the fifth and final cricket Test at the MA Chidambaram Stadium here today.

​Chennai: India snapped up three early wickets before England moved to 352 for seven at lunch on the second day of the fifth and final cricket Test at the MA Chidambaram Stadium here today.

Resuming their innings at 284 for four, England were dealt the first blow early in the morning when overnight batsman Ben Stokes (6) was dismissed by Ravichandran Ashwin with the fifth ball of the session.

Ashwin drew Stokes forward with a slower delivery and the batsman ended up getting a faint edge that was caught by wicket-keeper Parthiv Patel as England slipped to 287 for five.

With Ishant Sharma and Ashwin bowling in tandem, runs dried up as new man Jos Butler and centurion Moeen Ali (146) tried to resurrect the innings.

Moeen, in fact, found the going tough against Ishant, who tried to bother the batsman with his short-pitched deliveries and had a faint chance when the left-hander tried to play a hook shot and the mishit landed just short of Amit Mishra.

Moeen brought up the team's 300 with a single in the 96th over, but Sharma dismissed Butler in the very next delivery by trapping him in front of wicket as England slumped to 300 for six.

In the next over, Moeen danced down the track and blasted a six off Ashwin, before picking up a boundary through the midwicket area in the last ball to ease the pressure.

However, Moeen could not stay longer as he fell to a bouncer from Umesh Yadav in the 104th over. After fending at a couple of balls, Moeen tried to play a pull shot and ended up top-edging it for a running Jadeja to complete a catch.

Dawson and Rashid then steadied the innings, adding 31 runs off 92 balls. The 26-year-old Dawson, who is playing his debut Test, scored three boundaries in his 59-ball unbeaten innings.

England are playing for pride after suffering three successive crushing defeats at the hands of India in the ongoing five-Test series.