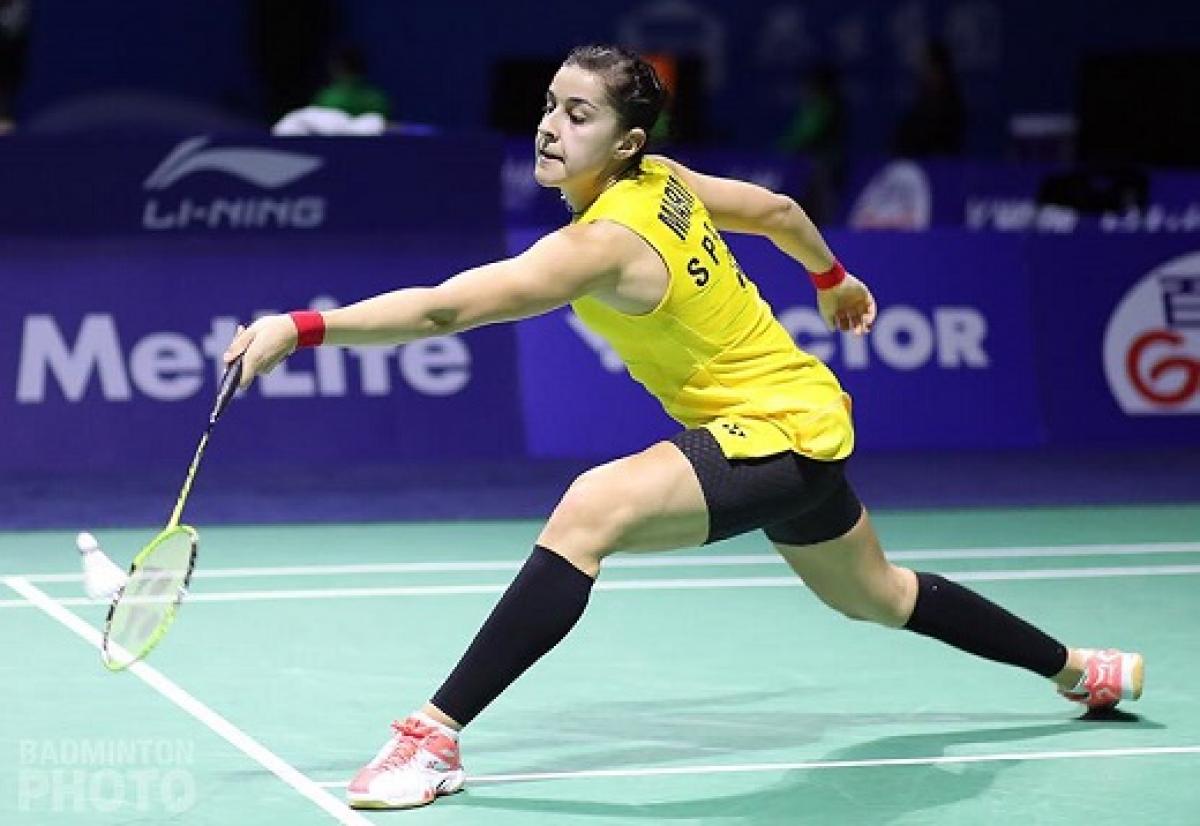 Bengaluru: Star shuttler Carolina Marin escaped a shock defeat against Ashwini Ponnappa of Bengaluru Blasters to give Hyderabad Hunters in the second edition of the Premier Badminton League (PBL) at the Koramangala Indoor Stadium here on Saturday

It was the away side's trump match and trailing 3-2 in the tie, it was a do-or-die clash for them. Marin walked into the match as a clear favourite considering Ashwini was not a regular singles player.

But Ashwini was in a different zone altogether, taking the first game 11-9.

With a brilliant show in the first game, Marin however bounced back to win the second game 11-5.

In the deciding game, it was a close encounter with Ashwini eventually going down 8-11 after a spirited performance to hand Hyderabad the advantage.

Earlier in the day, Bengaluru Blasters made a strong comeback in their second match to level the score 1-1 after Sung Hyun Ko and Siki Reddy beat Marin and Satwiksairaj Rankiredd 11-9, 11-7.

Starting the match, it was a close battle with both the teams involved in an intense duel.

With a neck and neck battle, it looked like both the fortune could swing towards either side.

But the experience of the Bengaluru pair in the mixed doubles section gave them an edge over their Hyderabad pair and they finally won the first game 11-9.

In the second game, Siki and Sung Hyun started off on an attacking note with Marin and Satwik clearly failing to conjure anything that would lead them towards a win.

Errors became more frequent and the Bengaluru grew into the game. At one point, they were leading 8-2 and looked like cruising to an emphatic win.

Hyderabad launched a late fight back but it could not prove enough and they crashed to a 7-11 in the second game.

In the third match of the tie, Viktor Axelsen of Blasters took on B. Sai Praneeth of Hunters in the second men's singles tie.

It was a crucial tie from Bengaluru's point of view as it was their trump match. With lot at stake for Viktor, he did disappoint dished out a dominating performance to win 11-6, 11-5 to win the match and help their side take a 3-1 lead.

Hyderabad bounced back in the fourth match of the tie, with the pair of Boon Heong Tan and Wee Kiong making an epic comeback after going a game down to win the men's doubles match 5-11,11-13, 11-8 against Sung Hyun Ko and Yeon Seong Yoo to reduce the gap to 3-4.

In the opening match of the tie, Sameer Verma of Hyderabad Hunters took on the experienced Boonsak Ponsana of Bengaluru Blasters.

Sameer who is dubbed as one of the future stars of Indian badminton repaid his team's faith in him to win the match 11-8, 11-7 to help his side draw the first blood.