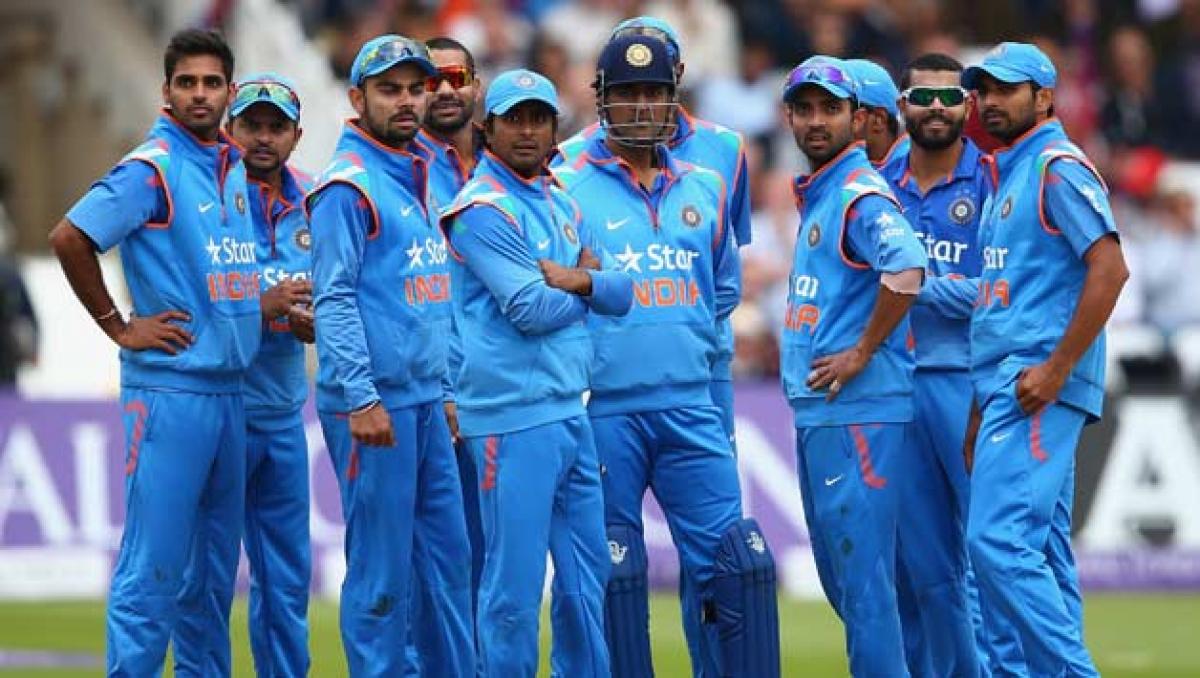 A flamboyant Indian team that has converted chasing down incredible targets into an art form are once again ready to show their ruthless streak as they aim for a series clinching victory against England in the second One Day International match, in Cuttack on Thursday.

A flamboyant Indian team that has converted chasing down incredible targets into an art form are once again ready to show their ruthless streak as they aim for a series clinching victory against England in the second One Day International match, in Cuttack on Thursday.

With ‘Chase Master’ Virat Kohli playing one magical knock after other, knocking off 300 plus scores has been like a walk in the park with the skipper himself smashing 17 tons at a staggering averaging of 97 plus in those matches.

And with India’s penchant of producing quality batsmen, it was Kedar Jadhav, who matched his skipper stroke for stroke during his 65-ball-hundred.

India now are the only team to have chased 350-plus thrice and in each of them Kohli has been the backbone with centuries each, but Jadhav’s innings caught English skipper Eoin Morgan off-guard.

The diminutive Jadhav’s confidence in such a short international career made everyone sit back and look up in astonishment.

As the teams gear up for the second ODI at Cuttack, England team will certainly feel a bit deflated after failing to defend a total of 350 having got four top-order batsmen back in the hut for less than 100.

“We went to alternative plans, primarily trying to get Virat off strike. But we certainly did not expect Jadav to play like that. India kept up with the rate, and kept coming, and the wicket allowed them to do that,” Morgan said after the match.

Add to that, India has had a good record at the Barabati Stadium, where they have won 11 out of their 15 ODI games.

While the Indian bowling was taken to task by the England batsmen on a Pune belter, Mahendra Singh Dhoni and Yuvraj Singh’s failure with the bat was the only blot in their victory.

Another person who needs to worry is Delhi left-hander Shikhar Dhawan as Ajinkya Rahane after his 83-ball 91 in the second warm-up match is breathing down his neck.

With Rohit Sharma waiting to comeback from injury and Rishabh Pant waiting to break open the door, time is running out for Dhawan.

The onus will be on Dhawan to return to his best, while all eyes would also be on the experienced Yuvraj, six matches shy of his 300th ODI appearance.

The bowling looked ordinary with the pacers struggling to get the ball in the block hole but Kohli had said in the post-match presentation about the pitch being a batting beauty.

Ravichandran Ashwin didnt have a great match but the champion bowler that he is, Kohli and coach Anil Kumble knows that he will be back anytime. They have a back-up spinner in Amit Mishra.

England would need something extraordinary to recover from the body blows as they have to win the remaining two matches which would requite quite a feat.

Back to lead the side after pulling out from the Bangladesh series, English limited overs skipper Morgan will be under pressure to transform their bowling unit which performed abysmally in Pune.

No doubt, Ben Stokes did well with the bat wtih his 40-ball 62 to take them to their best ever but his effort with the ball (2/73) was found wanting as they struggled to take a wicket for 25 overs when Kohli-Jadhav engineered the win.

The English bowling is still struggling to find a way to stop Kohli, something that will hurt the visitors who were swept 0-4 in the five-match Test series and now their hope to recover in the limited overs is too going away fast.

If England’s batting looks full of firepower, it’s their bowling that has been struggling in the past something they would look to make amends before the showpiece event in less than six months’ time.