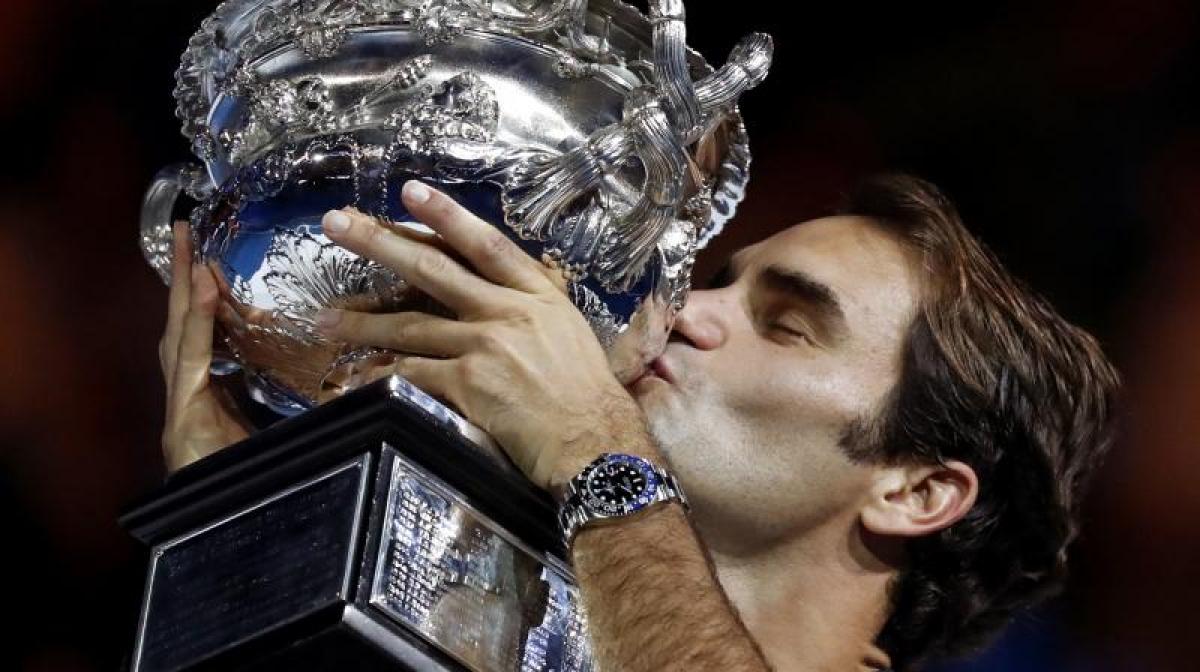 The final point came with a deep serve and crushing forehand follow-up shot that needed a \'Review\'. As soon as it was shown in, an emotional Federer burst into tears of joy.

Roger Federer, considered the greatest player ever to a grace a tennis court, today won the Australian Open with a five-set win over arch-rival Rafael Nadal in a memorable finale to annexe his 18th Grand Slam trophy here.

The final point came with a deep serve and crushing forehand follow-up shot that needed a 'Review'. As soon as it was shown in, an emotional Federer burst into tears of joy.

It was emotional for him, his family and the extended family of millions that has made him the most loved sporting icon of the 20th century.

Their rivalry has now transcended the sporting boundaries and that's why even the manic Nadal supporters, however disappointed they may be, will not begrudge the Swiss Master's 'Hour of Glory'.

Federer is synonymous with self belief. He hung in all these years as he knew that the 18th was coming. The mutual respect for each other was for everyone to see.

"I am out of words... I would like to congratulate Rafa on his amazing comeback. I don't think both of us believed that we are going to be in the final. I am happy for you (Nadal), I would have been happy to lose to you. Tennis is a tough sport, there is no draw but had there been one, I would have been happy to share it with Rafa today. Keep playing Rafa, tennis needs you," an exhausted Federer paid a fitting tribute.

It was a 'Battle of Attrition' and one needed to be better than the best. To appreciate Federer's greatness, one needed an opponent like Nadal, a legend in his own right, who would raise the bar so high, that their legacy will be difficult to match.

"I worked very hard to be where I am today. Probably Roger deserved a little more than me today. I am just going to keep trying to be back at the very high level. I will keep trying to have that trophy with me," said the man from Mallorca.