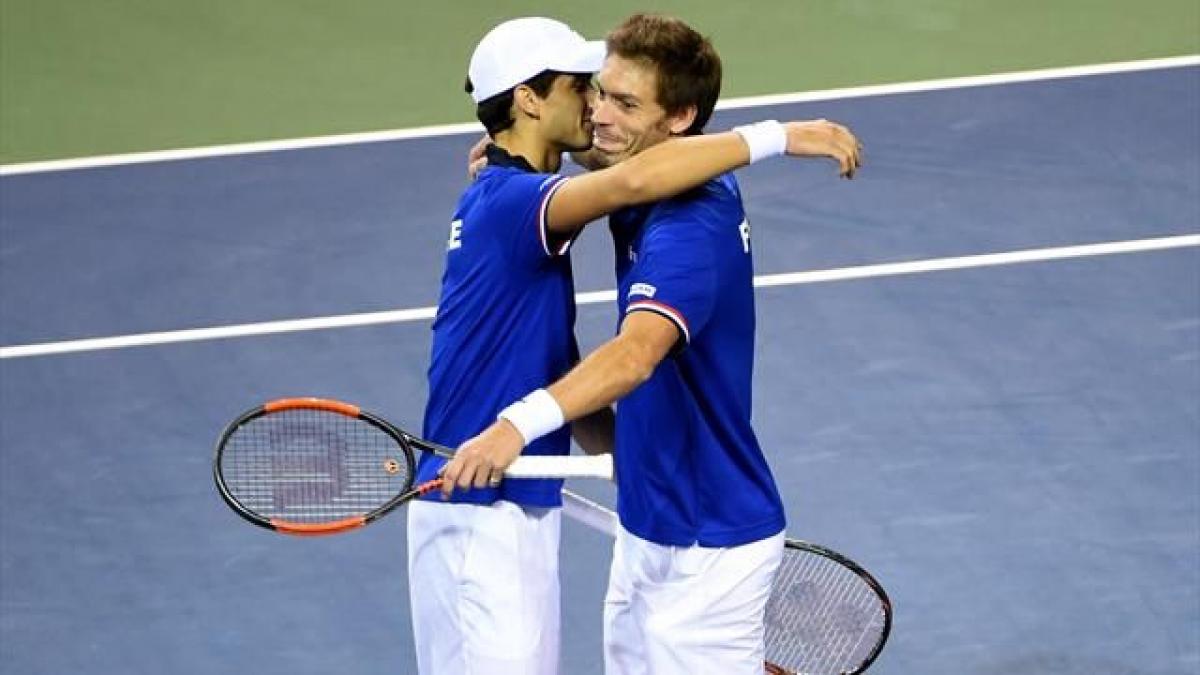 Davis Cup holders Argentina came from behind to beat Italy in a thrilling doubles match on Saturday and keep alive their hopes of retaining the trophy for at least one more day.

Davis Cup holders Argentina came from behind to beat Italy in a thrilling doubles match on Saturday and keep alive their hopes of retaining the trophy for at least one more day.

On a day in which Australia, France, the United States and Serbia all recorded doubles victories to move into the quarter-finals, 2016 champions Argentina and 2015 winners Britain both recorded crucial triumphs.

British pair Jamie Murray and Dominic Inglot defeated Canadians Daniel Nestor and Vasek Pospisil in four sets in Ottawa to give Britain a 2-1 lead ahead of Sunday's reverse singles.

“We knew it would be close, because everyone knows how to play doubles. So we're pleased to give the guys two bites at the cherry tomorrow. I think we did a great job."

In Buenos Aires, reigning champions Argentina fought their way to a dramatic win in front of a passionate home crowd.

Both sides had match points in a pulsating fifth set but the local boys eventually won a final-set tie break after more than four hours' play.

“With heart and total commitment we’ve got to Sunday alive and we’ll see what happens,” said Argentine captain Daniel Orsanic. “We’ve got a lot of sporting pride and the players will give their best.”

The winners will play either Belgium or Germany with the Belgians, who have never beaten their neighbours in eight previous Davis Cup encounters, 2-1 up.

Rubens Bemelmans and Joris de Loore defeated German brothers Alexander and Mischa Zverev in five sets to give them a slender advantage going into the reverse singles in Frankfurt.

It also took five sets for Croatians Marin Draganja and Nikola Mektic to beat Spanish pair Feliciano Lopez and Marc Lopez in Osijek and give the home side the edge before Sunday’s final singles rubbers.

The winners of that tie will play Serbia, who qualified on Saturday thanks to a doubles win over Russia that gave them an unassailable 3-0 victory.

The other three teams to guarantee their quarter-final places were France, Australia and the United States.