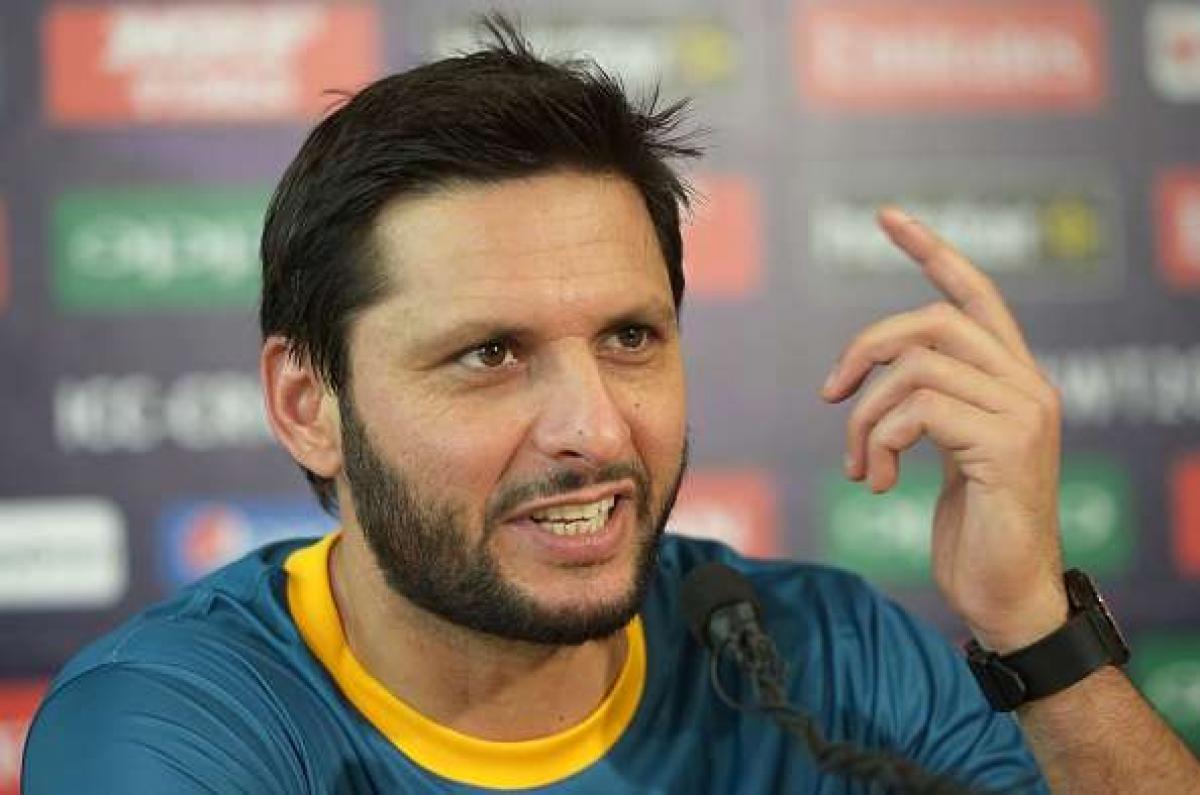 Flamboyant all-rounder Shahid Afridi believes that until the Pakistan Cricket Board (PCB) sets a proper example, the menace of players being linked to spot-fixing and corruption cannot be stopped in Pakistan cricket.

Flamboyant all-rounder Shahid Afridi believes that until the Pakistan Cricket Board (PCB) sets a proper example, the menace of players being linked to spot-fixing and corruption cannot be stopped in Pakistan cricket.

Afridi told the Geo Super channel in Dubai during the Pakistan Super League that he was very sad and disappointed after the latest scandal in which Pakistani batsmen Sharjeel Khan and Khalid Latif were flown back under the PCB's Anti-Corruption Code.

The PCB said that the ICC's ACU and its own ACU were carrying out more investigations against the two players who were in the Islamabad United franchise. "What can I say I have been saying in the past also that until the PCB sets or makes an example of such players it will be difficult to stop this menace," Afridi said. "To me it is the same situation because you are allowing tainted players back into cricket."

Afridi said he would want to see the PCB bar such tainted players from all cricket including domestic. "What is the use if after five years the same players are coming back. I don't think this can be stopped until the right example is set," he added.

The PCB in 2015 pushed the ICC to allow tainted left-arm pacer Mohammad Aamir to resume playing cricket even before his five-year ban for spot-fixing ended in September 2015. Aamir, along with former captain Salman Butt and Mohammad Asif, were found guilty of spot-fixing during the fourth Test against England at Lord's in late 2010.

The ICC's anti-corruption tribunal banned them for a minimum of five years in early 2011 and their bans expired in 2015 after which all three are now back playing cricket. The PCB's decision to allow back Aamir has also come under criticism from some former players who believe that players once punished for corruption and spot-fixing should be banned for life.

Pakistan's former Test captain Ramiz Raja also told a news channel yesterday that Sharjeel and Khalid should not be allowed back. Asked by the host whether he would like to see Sharjeel and Khalid back to playing cricket after serving their punishments, Ramiz said: "Over my dead body."

Former players say the PCB set the wrong example by allowing Aamir back into the national team on the basis that he was young when the spot-fixing scandal took place in 2010.

"You can't show leniency in such cases. Once a player is found guilty of soiling the game and his country he should be told to leave cricket for ever. But unfortunately in Pakistan cricket set up we still have some players who have been accused of fixing in the past," former Test opener Mohsin Khan said.