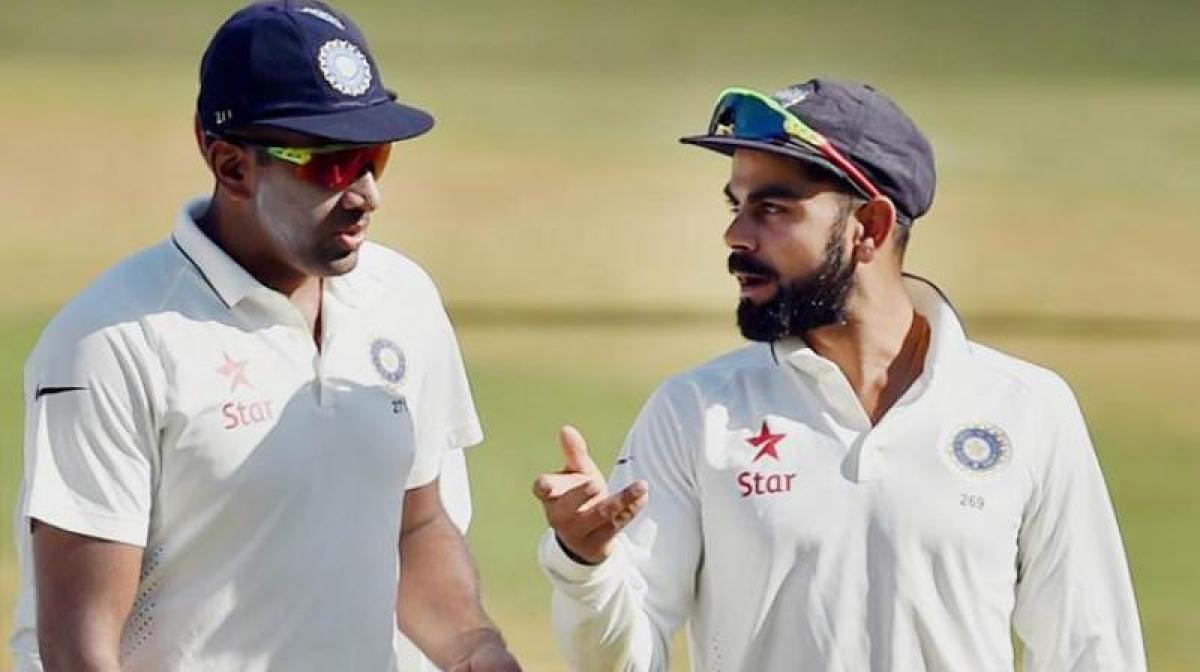 Captain Virat Kohli remained the highest-placed Indian batsman at second, while off-spinner Ravichandaran Ashwin held on to his top position in both the bowlers\' and all-rounders\' list of the latest ICC Test rankings issued today.

Dubai: Captain Virat Kohli remained the highest-placed Indian batsman at second, while off-spinner Ravichandaran Ashwin held on to his top position in both the bowlers' and all-rounders' list of the latest ICC Test rankings issued today.

The Indian team, which lost the opening Test in Pune to Australia yesterday, was unaffected by the debacle at least in the ICC rankings. In fact, opener KL Rahul claimed his career-best ranking of 46th after scores of 64 and 10 in the match.

Australia Smith reached a career-high 939 rating points after an outstanding batting effort in the Test which his team won by 333 runs to take a 1-0 lead in the four-match series, the ICC said in a statement.

Smith has not only consolidated his position at the top of the Rankings for Test Batsmen but has also attained rating points which are the sixth-best ever after Don Bradman (961), Len Hutton (945), Jack Hobbs and Ricky Ponting (both 942) and Peter May (941).

Gary Sobers, Viv Richards and Kumar Sangakkara all had career-high ranking points of 938.

Smith, who scored 27 and 109 in Pune to gain six points, now leads Kohli by 66 points while England batsman Joe Root is 91 points behind him at third place with 848 points.

Renshaw has moved up 18 places to a career-best 34th position scoring 68 and 31.

In the Rankings for Test Bowlers, Australia's left-arm spinner Steve O'Keefe has rocketed up 33 slots to a career-best 29th place after figures of 12 for 70 which earned him the player of the match award.

O' Keefe's figures are the cheapest 12-wicket haul in Test cricket, beating ICC Hall of Famer George Lohmann's 12 for 71 against South Africa at Johannesburg in 1896.

Ashwin remained at the top of the bowlers' rankings with 878 points after taking seven wickets. But his spin partner Ravindra Jadeja now has company at second spot as Josh Hazlewood has caught up with him at 860 points, the Australia pace bowler's career-best.

Meanwhile, Australia pace bowler Mitchell Starc has moved up three slots in the list of all-rounders to fourth position after his fighting knocks of 61 and 30. Starc, who is ranked 10th among bowlers, has also moved up 27 places in the list of batsmen to a career-best 61st rank.