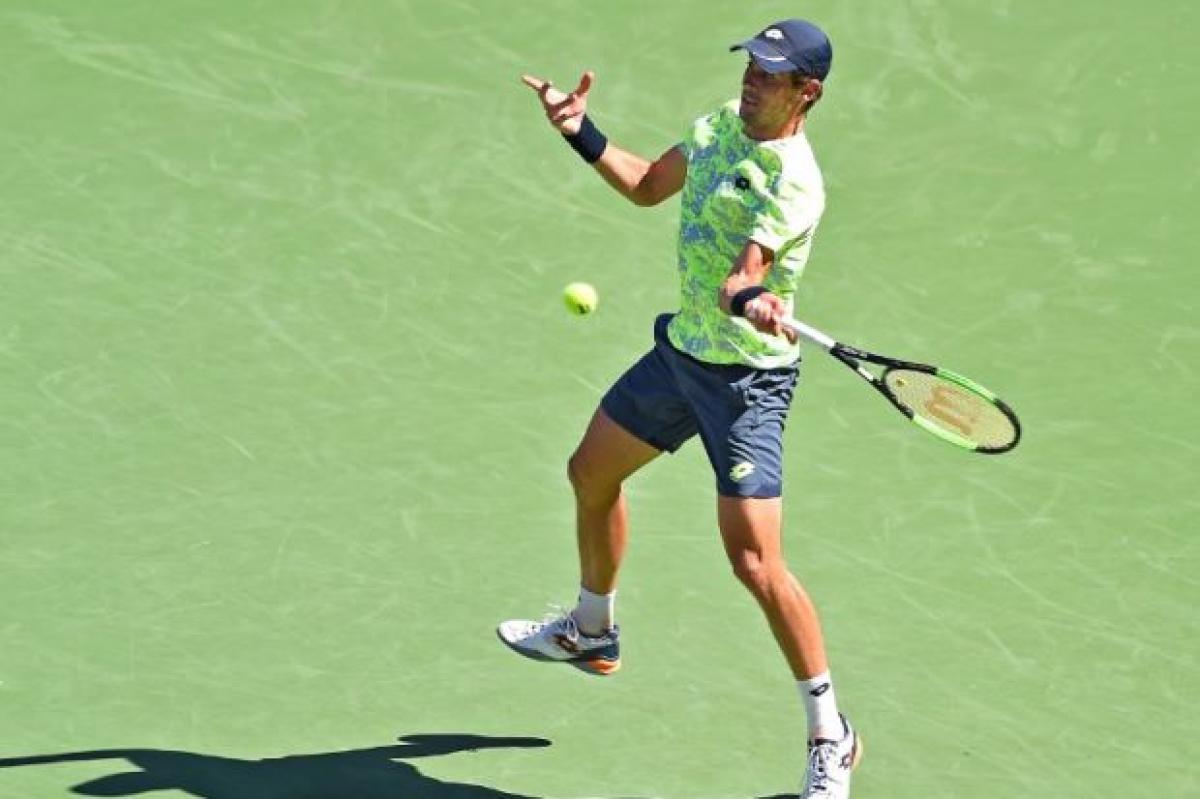 Spaniard Rafa Nadal marched towards a possible showdown with Roger Federer, emphatically winning his second-round match at the BNP Paribas Open in the California desert on Sunday.

Spaniard Rafa Nadal marched towards a possible showdown with Roger Federer, emphatically winning his second-round match at the BNP Paribas Open in the California desert on Sunday.

On a day when fourth seed Kei Nishikori also won in straight sets, Nadal eyed a potential round-of-16 encounter with Federer in what would be a rematch of their January Australian Open final, won by the Swiss.

Nadal, Federer, Nishikori and second seed Novak Djokovic are all on the same side of the draw, which looks even more lopsided after Saturday's elimination of top seed Andy Murray.

"For sure I saw the draw," a relaxed Nadal told Tennis Channel, adding that he was not really focused on Federer.

"I go day-by-day. That's my way, to focus on my next match. I played I think a solid match (today)."

Nishikori said he had not seen the draw.

"I never see the draw, so I don't see who's coming next," the Japanese said after ousting Briton Dan Evans 6-3 6-4.

Next up for Nishikori in the round-of-32 is Gilles Muller of Luxembourg.

World number one Murray, meanwhile, praised his second-round conqueror, Vasek Pospisil, while at the same time lamenting an off night with his second serve.

The Canadian scored a major upset late on Saturday when he beat the Briton 6-4 7-6(5), rushing the net whenever the opportunity arose and pouncing on Murray's second serve.

"I have never really practised playing against serve-and-volleyers in my career, but when I have come up against them, it's normally been a game style I have enjoyed playing against," Murray said.

"Today it wasn't so much the serve-volley that was the problem. It was my own serve, not getting enough opportunities when he was serving. I think that was more the problem tonight."