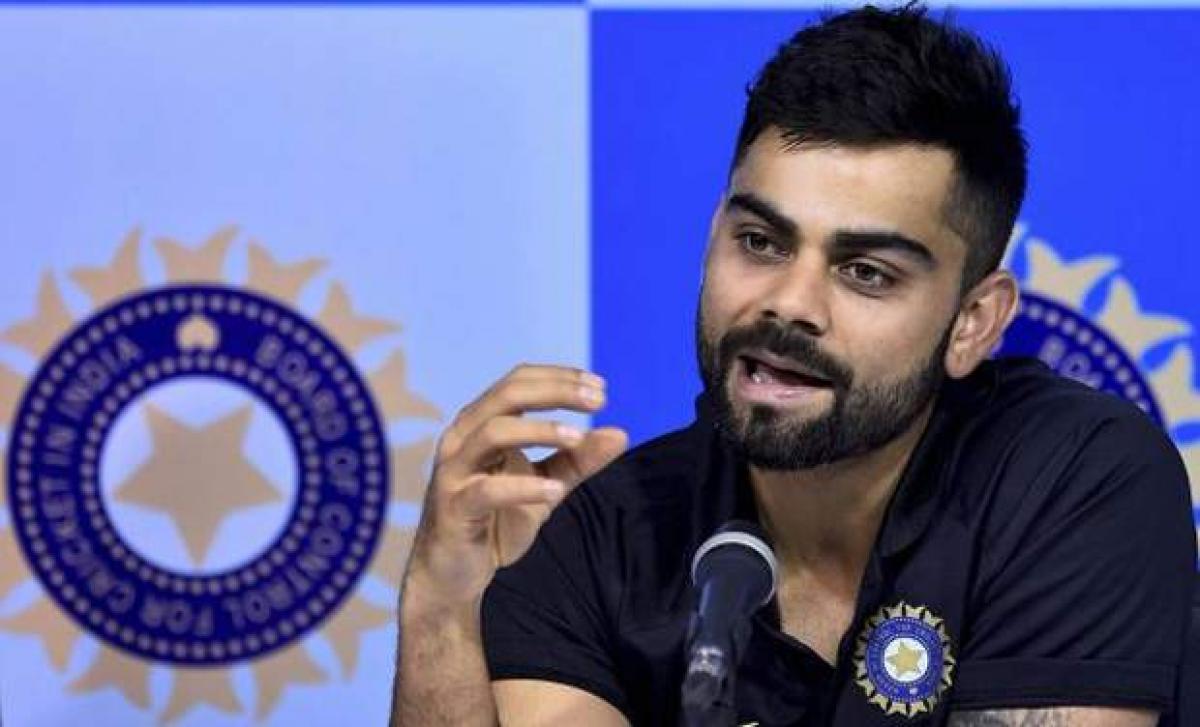 India captain Virat Kohli on Thursday claimed his comment on friendship with the Australian team was blown out of proportion and he continues to be on good terms with a few cricketers from Down Under.

New Delhi: India captain Virat Kohli on Thursday claimed his comment on friendship with the Australian team was "blown out of proportion" and he continues to be on good terms with a few cricketers from Down Under.

At the end of the enthralling four-match series, which India won 2-1 following victory in the Dharamsala Test, Kohli had said that his views on friendship with the Australians have changed.

However, the young captain, in a series of tweets, clarified that his comment was not meant for the entire Australian team.

"My answer at the post match conference has been blown way out of proportion. I did not categorically say the whole Australian team but....," read the first tweet.

"Only a couple of individuals. I continue to be in good terms with the few guys I know & who I've played with at RCB & that doesn't change," he wrote in his second tweet.

The series was mired in controversies with one following another. It all started when Australian captain Steve Smith took dressing room help in taking a DRS call and Kohli stopped short of calling him a cheat.

Kohli was also attacked by the rival players and Australian media, which likened him to US President Donald Trump. Cricket Australia also jumped into the controversy when its CEO James Sutherland said Kohli perhaps does not know how to spell the word sorry.

The fireworks continued till the final Test, in which Ravindra Jadeja and Matthew Wade were involved in a verbal duel and Smith was heard using a cuss word against Murali Vijay for claiming a catch that was deemed not clean.