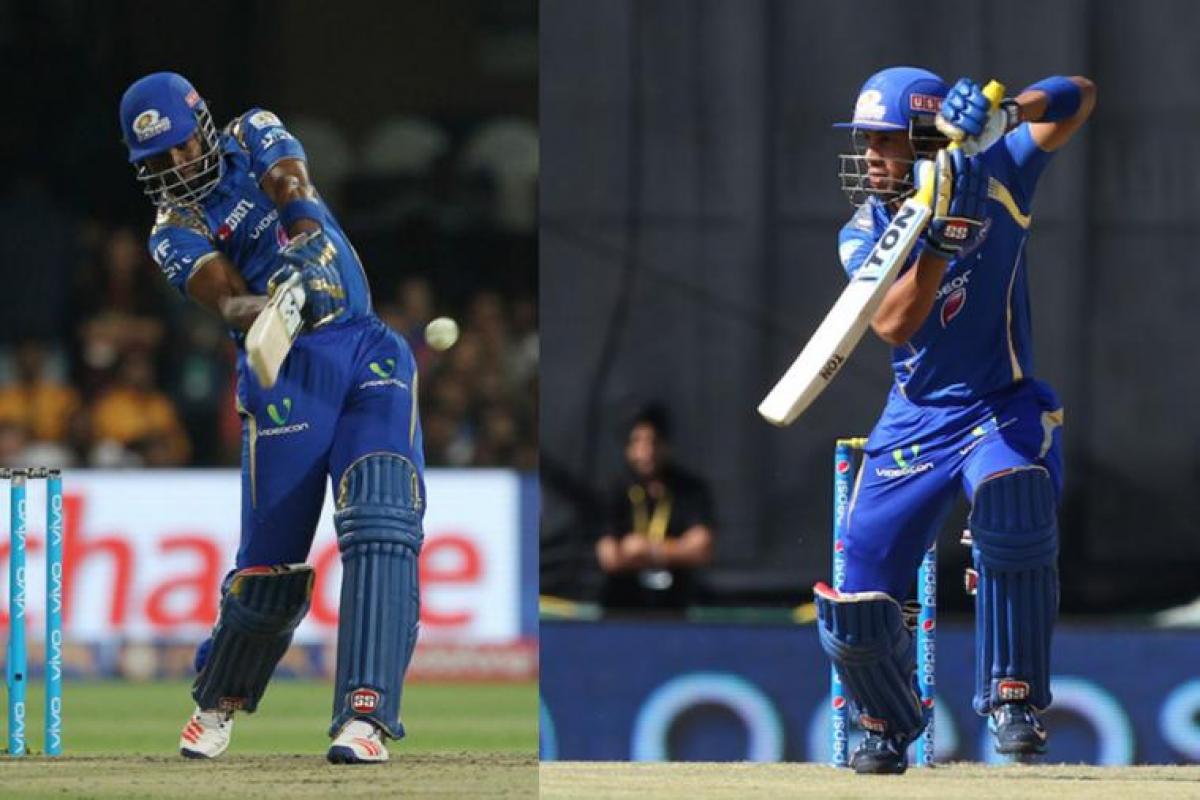 Mumbai Indians\' hopes of starting IPL\'s season 10 well got a boost with information received that West Indies T20 specialists, Kieron Pollard and Lendl Simmons, would reach in time for their lung-opener against Rising Pune Supergiant on 6 April.

Mumbai: Mumbai Indians' hopes of starting IPL's season 10 well got a boost with information received that West Indies T20 specialists, Kieron Pollard and Lendl Simmons, would reach in time for their lung-opener against Rising Pune Supergiant on 6 April.

"Pollard and Simmons will reach Mumbai on 4 April and join the team in Pune on 5 April for pre-match training," MI's official spokesperson informed PTI on Saturday.

While the powerfully-built Pollard, among the batsmen most feared in this format by all teams with his ability to clear the rope at will, scored 419 runs in 16 games, Simmons shone brightly by notching up 540 runs at 45 per innings to guide MI to their second IPL title in 2015.

Simmons could play just one game last season after picking up a back injury prior to the World T20 Championship held in this country.

The 32-year-old was included as a late replacement for Andre Fletcher and grabbing the chance with both hands to play a crucial half century knock in the World T20 semis at the Wankhede Stadium here that put hosts India out of the tournament.

Pollard, who missed being part of the victorious West Indies' T20 squad last year, had a modest outing by his standards in the IPL that followed as he notched up just 207 runs in 13 games at 25-plus average.

Both 29-year-old Pollard and Simmons are currently engaged in the four-game T20 series against Pakistan at home which is set to end tomorrow.

Meanwhile, MI are set to miss their pace spearhead Lasith Malinga and compatriot Asela Gunaratne for the opening game in Pune.

"We have no word yet actually from the Sri Lanka board but most likely they will finish the Bangladesh series - with the last match scheduled on 6th April - and join the team on the 7th in Mumbai," the team spokesperson informed.

Captain Rohit Sharma and senior off spinner Harbhajan Singh joined the team's training camp on Friday along while retired Australian fast bowler Mitchell Johnson had been training over the last two days.

New Zealand pacer Mitchell McClenaghan, who had captured 17 wickets in 14 games last season to add to his tally of 18 in 12 in 2015, and his compatriot Tim Southee are set to arrive tonight